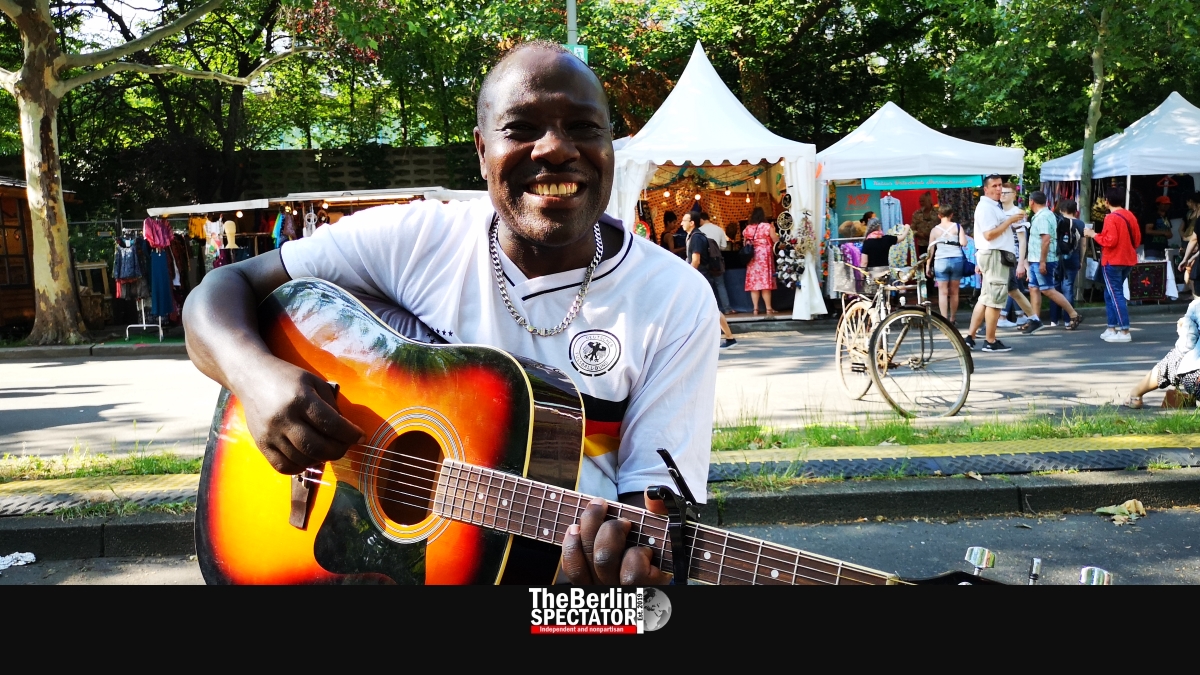 This year’s edition of Berlin’s big Carnival of Cultures commenced on Friday afternoon with its traditional street fest. Around ‘Blücherplatz’ in the German capital’s Kreuzberg borough, thousands of Berliners and tourists appeared the minute the organizers got the party started.

Hundreds of little stands offered it all, including Shihatsu massage, Henna and airbrush tattoos, for anyone who wanted Chuck Norris’s face on his or her skin, but temporarily. A psychic offered her services too. Obviously no appointments were needed.

Yes, Latin America is very well represented in Kreuzberg. Some so-called Mexican stands were being run by Germans who failed the spontaneous Spanish test this publication’s reporter did with them, but most stand owners were actual Mexicans. ¡Hola, paisanos!

The most popular drink on site, apart from beer, seemed to be Caipirinha. Our man on site counted about 10 Caipirinha stands before giving up. Agua de Coco, Agua de Limón, Vodka and basically any drink from any country was available right there at the Carnival.

Early on, at about 5 p.m., the first music acts started performing. They included a bunch of young musicians with countless drums who played African and Brazilian rhythms. African drumming groups were doing their thing too. A German duet played American folk on two guitars, a singer sang Brazilian and Greek songs on one of the three stages.

Since the recent thunderstorms and excessive showers Berlin had to endure already vanished, the weather on Friday was just perfect. Samba, sun and drinks. What more could anyone ask for?

A police man on site told The Berlin Spectator he did not expect any violence at the Carnival of Cultures. For tactical reasons, he was not allowed to say how many officers were protecting the big party.

But police were blocking all streets leading to ‘Blücherplatz’ using personnel vans. The way they were doing so looked like an anti-terror measure. Some officers kept on walking across the big square, making sure everything was fine. They warned people of pickpockets.

While the street fest at ‘Blücherplatz’ continues until Monday evening, a children’s carnival procession is scheduled for Saturday at 12:30 p.m. at ‘Mariannenplatz’. It will be followed by a children’s fest from 3:00 to 7:00 p.m. at ‘Görlitzer Park’.

The most exciting part of the entire Carnival of Cultures is the big procession on Sunday. It starts at 12:30 p.m. at the intersection of Yorckstrasse and Grossbeerenstrasse.

Berlin’s Carnival of Cultures has been celebrating diversity on an annual basis since 1996. The event’s accurate message: This city is multicultural and beautiful.