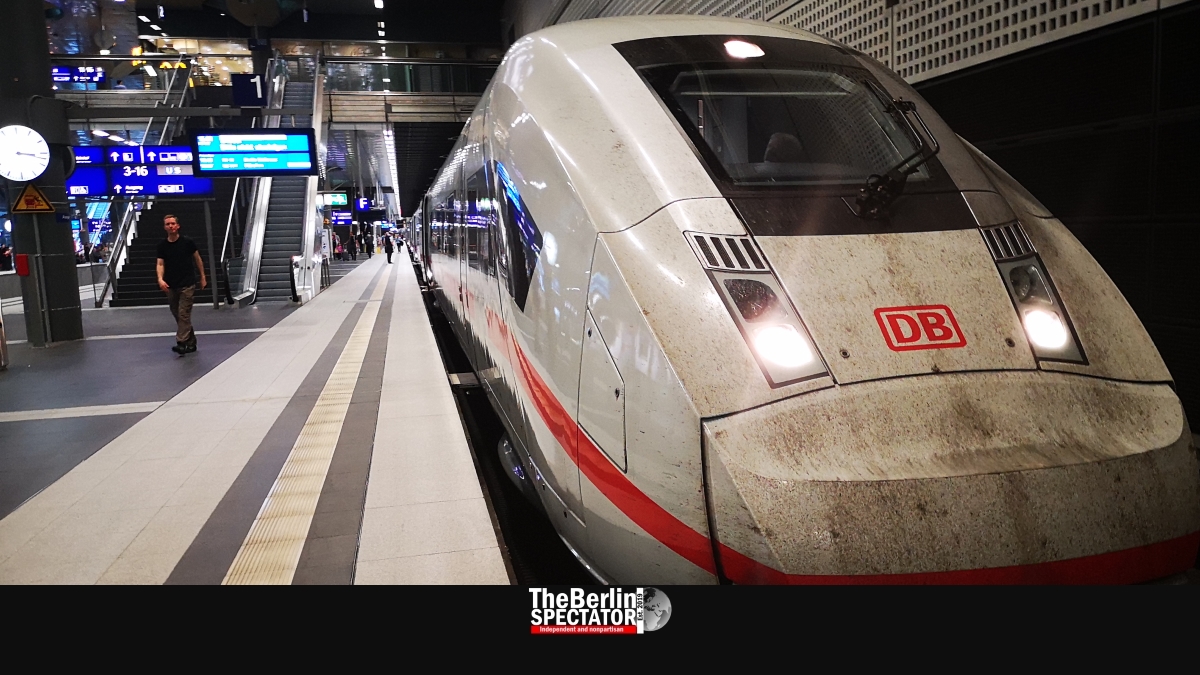 Deutsche Bahn (DB) offers the fastest and most secure means of ground transportation in Germany. Its ‘Inter City Express’ (ICE) bullet trains race from one city to the next at speeds of up to 300 km/h (186 mph). They could be even faster, but safety needs limits.

At this stage, DB’s ICE fleet consists of 273 trains spread all over the country. Some are in Munich or Stuttgart, others en route towards the north or south. While about five of them are approaching Frankfurt at any given moment, ten might be racing towards Kassel, Hanover and Hamburg. Berlin has many ICE connections as well.

By 2025, Deutsche Bahn’s CEO Richard Lutz wants the state-owned company to own as many as 408 bullet trains. That is because he has big plans. Lutz wants to decrease the ICE’s frequency to 60 or even 30 minutes, in order to make travelling by train even more attractive. This approach will increase the number of connections substantially.

Between Germany’s two largest cities, Berlin and Hamburg, Richard Lutz intends to introduce what he calls ‘Germany Cadence’ in two and a half years from now, namely in December of 2021.

But his big plans require a lot. Apart from dozens of new ICE trains he has already ordered, many routes need to be extended or renewed. The problem is that quite few ICE tracks in Germany are already overloaded, at today’s low pace.

The new concept, which basically consists of an ICE overkill, will not just give passengers more options and more room, but it is supposed to resolve existing issues. While Japanese and Chinese bullet trains are very punctual, German ones are not.

Passengers who need to change trains often need to run from platform to platform while carrying a million suitcases, just to watch their connecting train leave right in front of them. With the new, increased frequency, hundreds or even thousands of passengers per day, who do not catch their connections due to delays, will not have to wait long.

The new approach will make bullet train rides more attractive than flying. While an airline passenger who wants to fly from Hamburg to Frankfurt is still waiting at his gate, his friend on the ICE train will already be north of Hanover. Once one guy boards the aircraft, the other one will have reached Kassel. And while person A is consuming a coffee and looking at the clouds from above, person B will be arriving at Frankfurt Central Station, giving his friend the finger.

There is yet another aspect. Trains do not only offer the fastest and safest way to travel, but also the greenest. Germany’s Transport Minister Andreas Scheuer, a conservative from Bavaria, said traveling by train was a contribution to climate protection. There had to be progress for that reason. With Richard Lutz, Andreas Scheuer introduced the new DB plans this week.

The changes, for the better, will supposedly be implemented stage by stage, until the year 2030, which means that plenty of passengers will have reason to complain for another eleven years. Once the new approach becomes reality, taking an ICE train will be much like hopping on the metro. You get to the station, wait a few minutes, and off you go.

But both Minister Scheuer and Deutsche Bahn know the implementation of their good ideas will be a huge endeavor. Getting the main routes up to speed will require a whole lot. Hamburg – Frankfurt – Munich is one of the main routes. Berlin – Munich is another one. Dresden – Mannheim – Basel and Hamburg – Dortmund – Cologne – Stuttgart are important routes too.

On top of it all, DB also wants to decrease the travel time on many stretches, which is an additional, gigantic project in itself. In order to speed things up further, slower stretches will have to be rebuilt. That way the ICEs will be able to cover them at full throttle.

Oh, by the way: Improving the ICE network does cost money. Richard Lutz needs 5 billion Euro (5.67 billion Dollars or 4.45 billion Pounds) in tax money for the first big steps he intends to take.

Lutz will likely never run out of expensive ideas. By 2038, he wants to run all trains and every single light bulb at every station on green energy. Amen to that.