Berlin’s New Electric Buses: Pride and Curse of the City 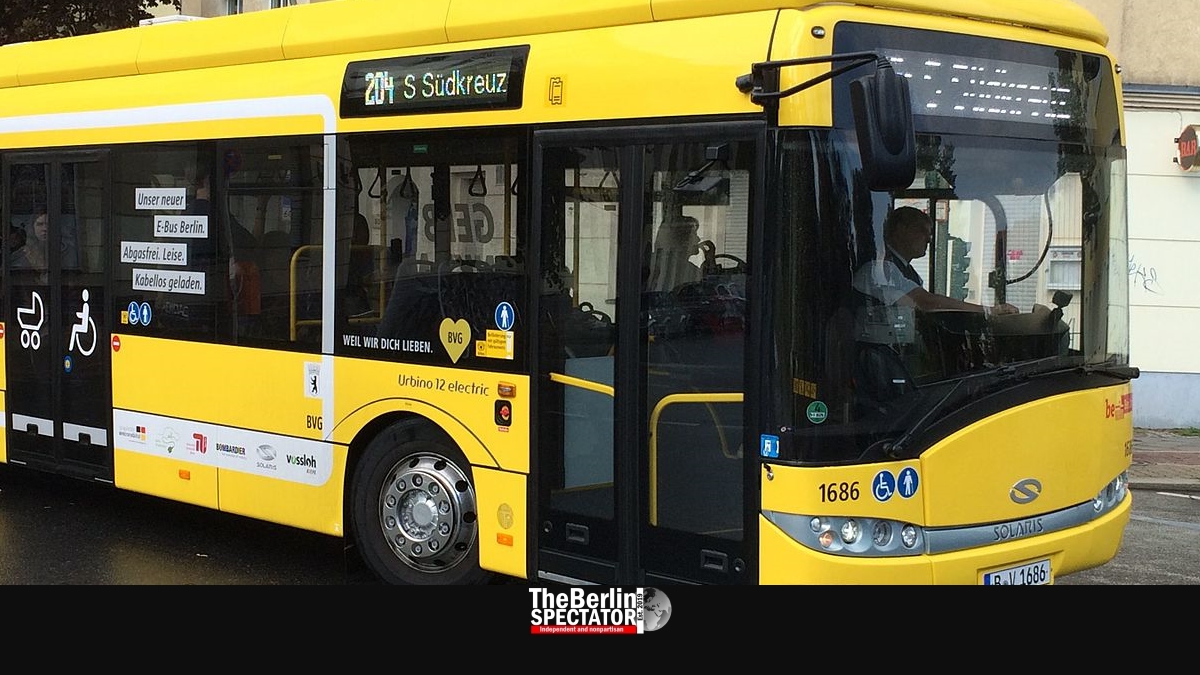 Berlin’s Senate and the city’s main public transport provider BVG are proud of their decision to replace all Diesel buses with electric ones by 2030. In March, Sigrid Nikutta, the BVG’s CEO, talked about a “new mobility”. Preparations for a modern, quiet and green bus fleet are in full swing.

For several months, five e-buses were tested in the city. Those were prototypes delivered by different manufacturers. Now, the BVG is in the process of integrating 30 electric vehicles into its fleet of a total of 1,400 buses. Fifteen of them are Mercedes products, the other fifteen were made in Poland, by Solaris.

Everything could be fine, or even awesome. But in the past weeks, several problems have surfaced, which make the “new mobility” project look rather pale or even ridiculous, according to critics.

Those who argue zero-emission buses are worth the money might be right, at first glance. On the other hand, there are massive problems, according to reports in German-language media. The ‘Morgenpost’ daily reported about the issues first.

As it turns out, the BVG’s own bus drivers warned the company the e-buses available were not suitable to replace the Diesel vehicles. First of all, the buses tested until now seem to be inoperative about a quarter of the time, meaning only three out of four e-buses will be usable at any given moment, while the others need to be serviced or repaired.

The next problem is far more grave. It’s the range. Diesel buses can cover up to 700 kilometers (435 miles) and only need to be filled up, which takes a few minutes. The e-buses the BVG is using on line no. 142 manage to do 140 kilometers (87 miles) only before they are sucked empty. In Berlin, this kind of distance is a joke.

What this means is that the e-bus fleet can be sent out for a few hours per day, maybe until noon. Afterwards, they have to be hooked up to loading stations for many hours. It is hard to believe the Berlin Senate and the BVG overlooked this problem, but why else would they go green without having reliable, long-range vehicles?

Some critics believe trams are a good alternative, since they are electric too, without needing to be recharged. But installing tracks and the overhead wiring is complicated and expensive.

There is another issue: On very cold or very hot days, the e-buses’ range decreases further. This means the zero emission vehicles would only be able to do up to four round-trips on typical Berlin bus lines before they run out of juice.

Of course, the BVG is reacting. Its next bus schedule will supposedly contain major changes. Certain bus lines will be shortened in order to make sure e-buses can actually cover those routes.

But the question whether the BVG will actually be able to go 100% green on its bus fleet by 2030 is open. With the kind of e-buses the state-owned company uses today, they would need twice to three times as many vehicles.