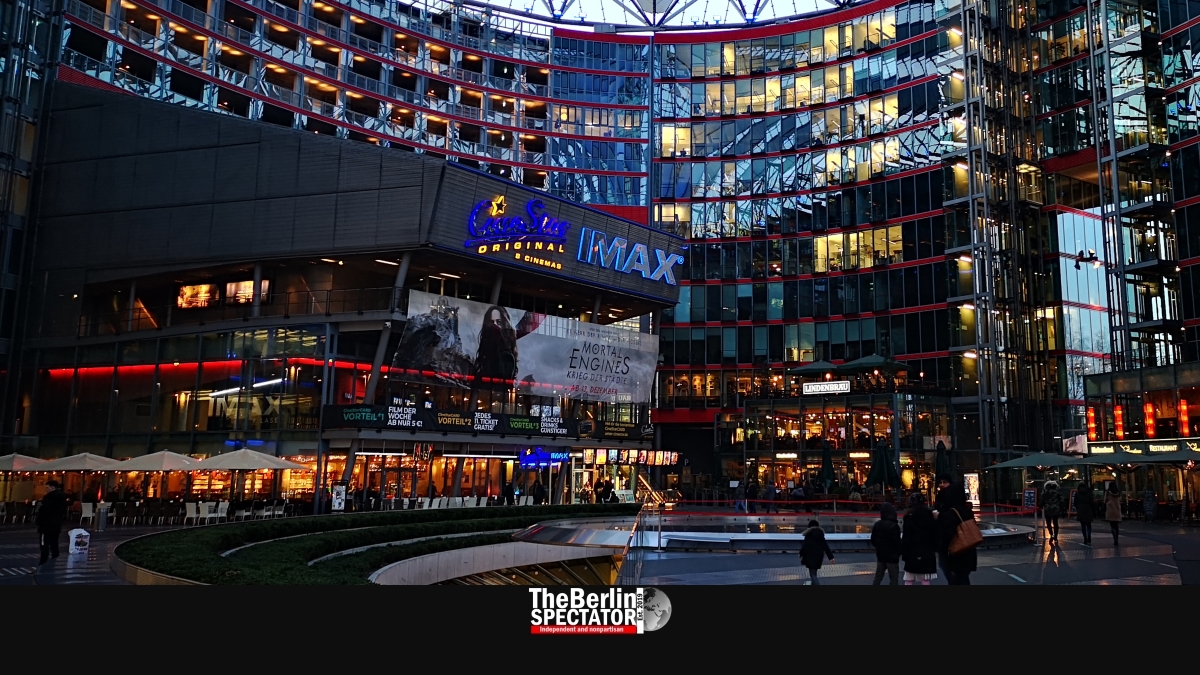 In Germany, especially American and British movies are usually being dubbed because a majority among German audiences would not understand them otherwise. Since Berlin is so international, there is a large cinema which has been presenting motion pictures in English since the new millennium made landfall.

The ‘Cinestar’ has the best location of them all. It can be found right at Postdamer Platz, in the Sony Center’s basement, under its sister cinema ‘Cinestar IMAX’.

Now it looks like the ‘Cinestar’ will close. This would mean there would be no more flicks in English. American, Australian, British, Indian and other moviegoers will likely have to look for other sources, e.g. in small ‘program cinemas’ which usually screen politically correct movies only. They mostly don’t do Hollywood.

But a closure of the ‘Cinestar’ would have even more consequences, mainly for its 120 employees. At this stage, the Verdi union is in a pay dispute with the movie theater. Some of the employees were already on strike the other day.

It was a Verdi official, Jörg Reichel, who broke the story about the possible closure in an interview with the RBB, which is part of the radio and TV network ARD. According to him, the movie temple will likely be closed at the end of this year.

If this horror scenario becomes reality, Berlin would not just lose its best English movie source. The Berlinale, which is Germany’s equivalent of the Academy Awards, would be in trouble too. It’s not like the Berlin International Film Festival has a million locations it can choose from, but three only. And, you already guessed it accurately, the ‘Cinestar’ is (or was) one of them.

Here, in the heart of Berlin, Brad Pitt, Nicole Kidman, Morgan Freeman, Tobey Maguire and countless other stars walked the red carpet and presented their mostly excellent work to the TV cameras and fans on site. And all of this might end? Exactly.

The ‘Cinestar’, this exciting world of stars and flicks, might be turned into boring offices. This kind of approach would for sure kill some of the Sony Center’s glamour too. It is unclear whether the ‘Cinestar IMAX’ would be affected as well.

What are we supposed to do if and when it happens? Watch Anne Hathaway or Kate Winslet talk in German? No thanks. That would be like eating a Hamburger filled with sauerkraut. Well, there is an invention known as ‘computer’ on which people can watch motion pictures via something called ‘Netflix’. Good night.