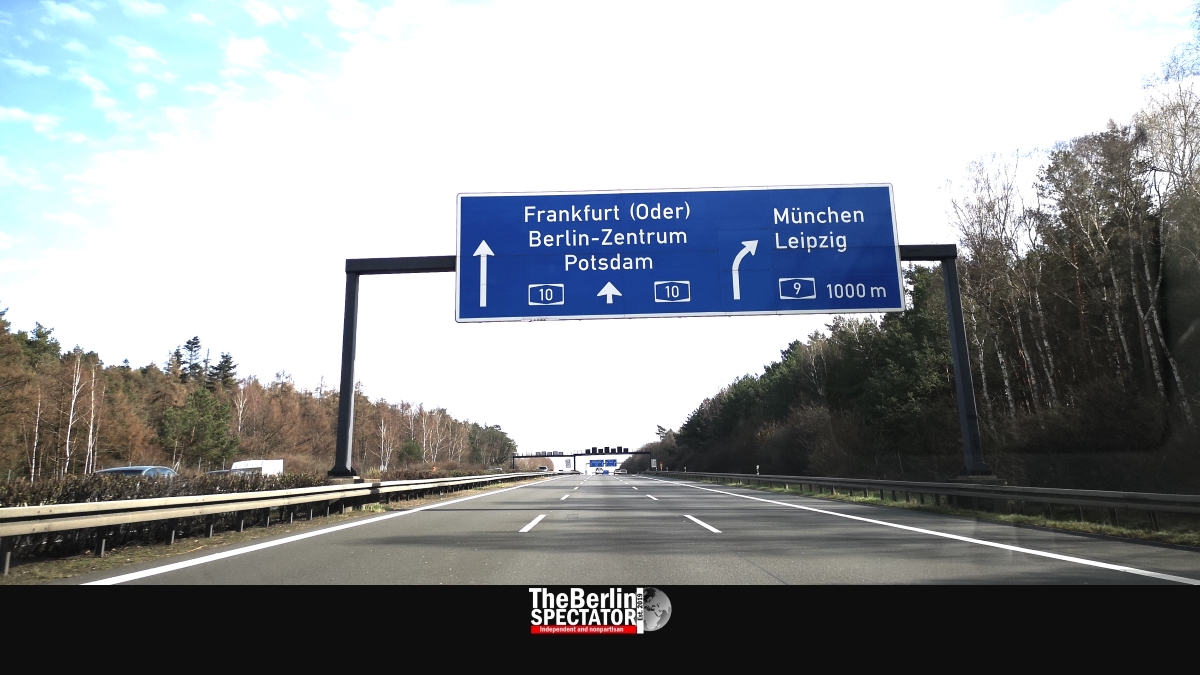 A toll for passenger cars, which the German government was going to introduce next year, is “off the table in its current form”, the country’s Transport Minister Andreas Scheuer of the ultra-conservative Bavarian party CSU said.

Scheuer made the statement after the European Court of Justice forbade the planned step in a verdict, by saying it discriminated drivers from other E.U. countries. That way, the court reacted to a lawsuit started by Austria.

The verdict is embarrassing to the conservative part of the Berlin government. Even though the Bavarian CSU risked a big argument with Chancellor Angela Merkel’s CDU in 2017, it insisted on a “foreigner toll”, which later became a regular toll.

Before the last general elections in Germany, Merkel said during a televised discussion, there would not be any toll as long as she was in office. Later, she retracted that position after a long quarrel with her Bavarian partners.

Germany was going to reimburse German drivers for the toll by decreasing the vehicle tax accordingly. The European Court of Justice saw discrimination in this very aspect. That way, the toll would have been a “foreigner toll”, which is what the CSU wanted in the first place.

The verdict does not rule out a future passenger car toll in Germany. But it looks like any measure of this kind would have to be new, with a very different approach. Therefore, the CSU will have to start from scratch. But it is unclear whether any of their coalition partners would agree to any new toll.

One coalition party, the Social Democrats, have already signaled they would not agree, while the opposition party FDP said the toll endeavor had been developed at Bavarian cracker-barrels anyway.

Out of all aspects, the most embarrassing part is that the European Court of Justice actually identified the toll plans as an attempt to implement a hidden “foreigner toll” because of the vehicle tax scheme which was part of the CSU’s plans.

The following is the original article on the German Autobahn tax plans, published on April 26th, 2019:

Traveling Europe by car is an adventure. There are so many countries on the “old continent”. Some of them are tiny, and the bigger ones are still small, with the exception of Russia. Every country is different, also what their road networks and policies are concerned.

Many countries on the continent charge drivers for using their freeways (motorways) and highways (country roads). Bulgaria, the country with the worst roads in Europe, has a toll system. So do all other Eastern European countries. In Bulgaria, drivers pay for millions of potholes, in Hungary for a sophisticated freeway system.

Some Western European countries, such as Belgium and Denmark, charge drivers for the use of tunnels and bridges. While tolls in Italy depend on how many kilometers the person drives, Austria and Switzerland charge per month or year. In the latter two countries, additional tolls have to be paid for mountain passes and long tunnels in the Alps.

In yet another European country called Germany, there were no tolls at all, for decades. Then, in 2005, a toll for trucks weighing more than 12 tons was introduced, while drivers of regular passenger cars did not have to pay a dime, and still don’t. Germany is the only country without any speed limit on its freeways, and one of the few without tolls for cars.

But, in both cases, changes are around the corner. While Germany’s Transport Minister Andres Scheuer says introducing a general speed limit, like in all other countries on the face of the Earth, was “against common sense”, the rest of the country knows it is only a question of time until the Autobahn race is over.

Regarding a toll for cars, things are even more complicated. For decades, the subject has come up on a regular basis. In 2013, the ultra-conservative CSU, which is the Bavarian version of Chancellor Angela Merkel’s party CDU, used the subject on the campaign trail.

Back then, a few weeks before the general elections, the CSU’s former chairman Horst Seehofer, who is still Germany’s Minister of the Interior today, said he wanted a ‘Foreigner Toll’, meaning a toll for non-Germans only. He said it was a matter of fairness. Not much later, Merkel said there would not be any toll for cars, not with her as Chancellor. The consequence of all of this was a big argument between ‘sister parties’.

The Bavarians wanted to protect German citizens from their own toll by decreasing car taxes accordingly, meaning they would not really have paid more than before.

At first glance, the CSU did have a point with its populist approach. Why would Germans pay tolls in Austria and other countries, while Austrians and nationals of all other countries did not pay anything for using German roads? On the other hand, there were problems:

The latter aspect was something the European Union agreed with. Once the CSU had managed to get its ‘Foreigner Toll’ into the coalition agreement it signed with Mrs. Merkel and the center-left SPD, Germany argued with the European Commission, since that idea was pretty much the opposite of the European one.

A lawsuit for breach of contract against Germany was initiated by the E.U.. As a result, a new law was written in 2016, which did not discriminate non-Germans anymore. First of all the title ‘Foreigner Toll’ was thrown overboard. Secondly, the toll amounts were itemized in a different way. The ecology aspect was included.

This means Germans will not automatically pay less because they are Germans, but drivers of cleaner cars will. As it looks now, the price for annual toll vignettes for German citizens will depend on the question whether they have a gasoline or Diesel engine, and on its cubic capacity. For foreign nationals, there will be vignettes valid for ten days, two months or a year.

Many Germans and organizations such as the General German Automobile Association (ADAC) are still furious. The ADAC says tolls in Germany were useless, since only 5.2 percent of all vehicles on the German Autobahn were registered abroad. Besides, foreigners were already paying their dues through this country’s high fuel taxes.

But it’s too late. The toll will be introduced in October of 2020. The Court of Justice of the European Union does not see any discrimination anymore. But those discussions in Germany continue anyway.

The latest point of criticism is the amount of money spent on preparing the introduction of the new toll. According to the Berlin-based ‘Tagesspiegel’ daily, the state will have spent 128 million Euro (143 million Dollars or 111 Pounds Sterling) by the end of this year, for advisers, assessors and other items.

Also the choice of contractors, who will actually charge drivers, is being criticized. They are CTS Eventim, a company known for selling concert tickets, and the Austrian company Kapsch TrafficCom, which is experienced in the field of tolls. The contract will last for a minimum of 12 years. It has a volume of 2 billion Euro (2.2 billion Dollars or 1.7 billion Pounds).

Germany’s Federal Audit Office is already on the case. But Angela Merkel’s government is convinced everything is fine. According to estimates, the state will probably earn around 500 million Euro (557 million Dollars or 432 million Pounds) per year through its new road toll for passenger cars. To critics, that kind of money is not nearly enough to justify the whole thing.