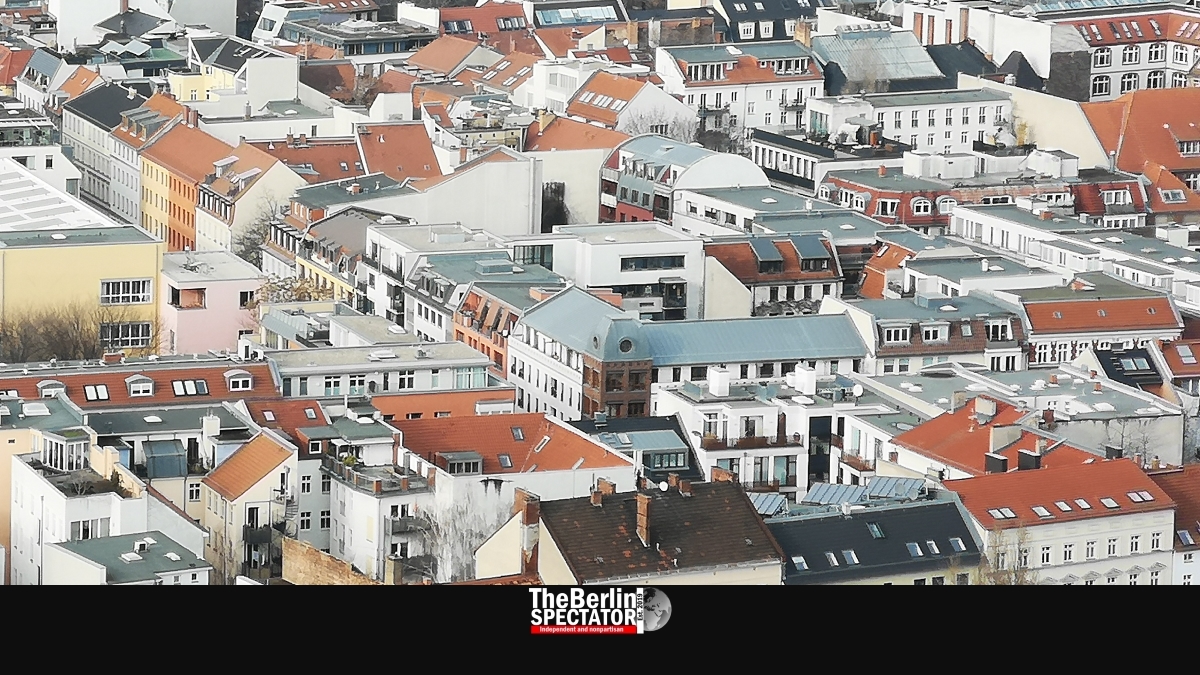 Finding an apartment in Berlin is pretty much a mission impossible. When private owners or large real estate firms offer one single apartment for rent, they will hear from up to 800 prospects, even though rents are extremely high.

The situation in Berlin is so bad that parts of the city state’s three-way left-wing government coalition want to expropriate big firms, such as Deutsche Wohnen, which own thousands of real estate objects.

This kind of drastic measure was not invented yesterday. Actually, it is part of the socialist bag of tricks. The fact that many politicians, especially more conservative ones, firmly reject this kind of approach goes without saying.

Still, everyone has to admit that the Berlin housing shortage is serious. And the Senate felt the urge to do something. So it agreed to implement what they call a ‘Mietendeckel‘, meaning a ‘rent cap’. What this means is that rent increases will be forbidden for five years, once the final decision is taken.

Raed Saleh, the floor leader of the Social Democrats (SPD) at the Berlin House of Representatives said the ‘rent cap’ was a “big step towards an affordable city.” According to him, it will “protect tenants from more rent explosions.”

Berlin’s Senator for City Development Katrin Lompscher, who is a member of ‘The Left’ and one of the driving forces behind the measure, is confronted with criticism from the real estate business, which is hardly surprising. She conceded that the legal implications of the ‘rent cap’ were “uncharted territory”.

The decision affects 1.5 million apartments in the German capital. Until October 17th, the draft law for the ‘rent cap’ will be on the table, representatives of Governing Mayor Michael Müller’s coalition say. Newly constructed apartment buildings and public housing are exempt.

More details have surfaced: The Senate also wants to apply a general limit to the rents in Berlin. In case owners intend to modernize their apartments, they will need a permission from the authorities first, if the renovations exceed a certain price per square meter.

It might take until January 2020 until the ‘rent cap’ comes into effect retroactively. Once the measure was announced on Tuesday, the stock values of Deutsche Wohnen and comparable real estate companies decreased on Tuesday.

Critics believe Deutsche Wohnen and other big players did this to themselves by squeezing out tenants like oranges and by taking advantage of the housing shortage and maximizing their profits in spite of the plight of tens of thousands of residents.

Berlin’s ‘rent cap’ model has led to discussions in all of Germany. While the Social Democrats intend to demand a nationwide ‘rent cap’, the country’s conservative Interior Minister Horst Seehofer of the Bavarian CSU criticized the idea.