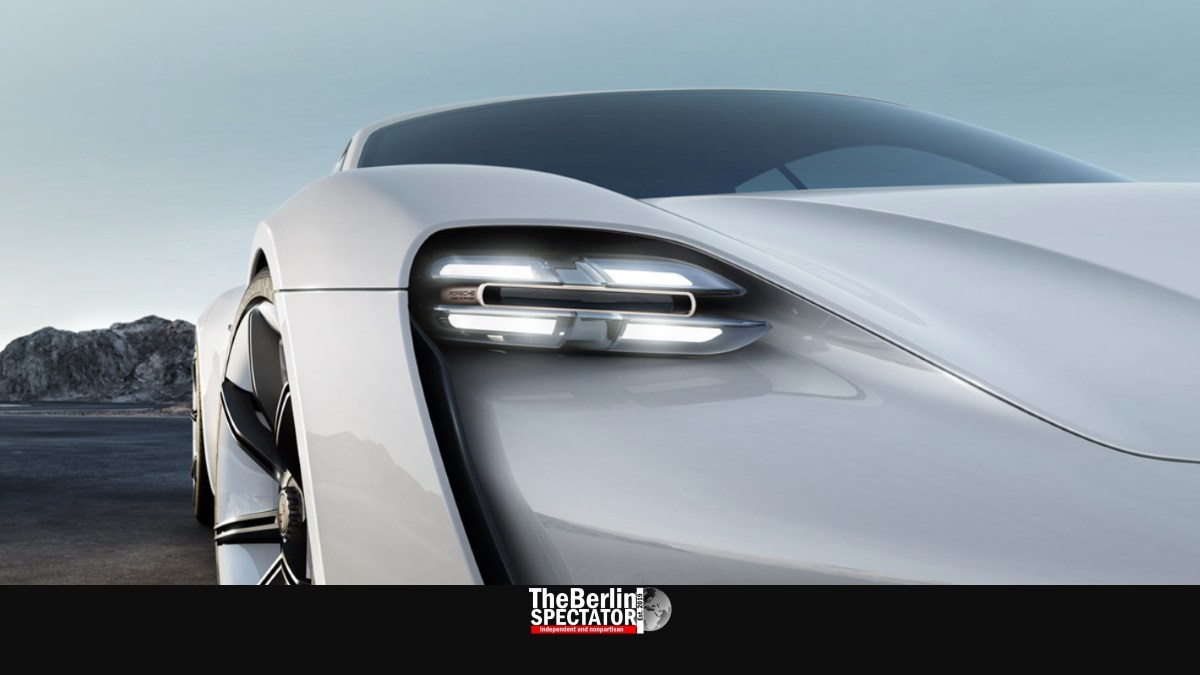 Yes, the world loves them all. German vehicles are everywhere because they tend to be technically advanced, and some are excellent status symbols. They drive Audi A6s in Manila, S-Classes in Montréal, and 5-series BMWs in Moscow. The Chinese market has exceeded all expectations for Mercedes Benz and others.

After WWII, the Volkswagen Beetle’s loud clatter was heard all over Europe, before it spread to America too. In Puebla (Mexico) and Taubaté (Brazil) they built hundreds of thousands of Beetles. Towards the end of the 1970-s, they slowly switched to the Golf and the VW Brasilia. And there were always some wrinkled guys with deep pockets who chose to drive 911s.

What Porsche is putting on the roads now is very different and nothing less than sensational. Even before the world’s most important car trade fair, the IAA in Frankfurt, opens its gates in fall, the first Porsche Taycan will be handed over to its first buyer. The fully electric vehicle will outperform the strongest Tesla. And it will have the ‘Made in Germany’ label.

In spite of the fact that the Taycan is being propelled by electric motors, some prototypes Porsche is testing do have exhaust pipes in order to fool reporters. The manufacturer from Stuttgart recently tested two Taycans of this kind in Norway’s ice and snow. What a great trick. But reporter Simon Alvaréz did not fall for that one anyway, when he took good shots of them.

Porsche calls its e-model a “tribute to tomorrow”, and it seems they are not exaggerating, not even a bit. The Taycan will accelerate to 100 km/h (62 mph) in 3.5 seconds. It will reach 200 km/h (124 mph) faster than average cars need to get to 100. And all of this without blowing any CO2 or dangerous Diesel particles into the air.

Forget the 600 HP it puts on the asphalt or its maximum speed of 250 km/h (155 mph). What counts is the range. Porsche says the latter is more than 500 km (310 miles). This is what makes the Taycan a strong contender for the best electric vehicle on the market. The manufacturer says, the batteries can be loaded to a level of 80 percent within 15 minutes.

So Tesla has a good network of loading stations in the United States? Maybe. But so does Porsche. The Germans signed a deal with Electrify America which gives Taycan owners the right to load their luxury vehicles pretty much anywhere. “Coast-to-coast travel” was therefore possible, the German manufacturer announced. Who would not want to get his or her kicks on Route 66 with something this elegant, sexy and green?

The Taycan is a two-in-one vehicle. It is a sports car, but also a luxury sedan with ample room for four people, in spite of being only 130 centimeters (51 inches) high. A delivery van is the only thing the Taycan is not.

Its stunning, futuristic and impressive look speaks for itself. One of its many unique characteristics is the fact that it does not have rear view mirrors, for a better drag coefficient. Instead, cameras keep an eye of what is going on behind the Taycan. Nobody will overtake it anyway.

The engineers kept the car as light as possible by using anything they could find, including carbon and aluminium. Also they made sure it has a very low center of gravity, which will come in handy in tight curves. In short: They thought of it all.

One single issue still needs to be resolved. It’s the buying procedure. Porsche charges people 2,500 Euro (2,834 U.S. Dollars or 2,188 GBP) for a place on their Taycan waiting list. Some 20,000 people have already paid. The only thing they will get? Phone calls and messages.

Porsche will keep on telling them how much longer they have to wait. Furthermore, a waiting list place is no guarantee for a Taycan. This is the only aspect which seems a little weird.

According to several German-language media, 90,000 Euro (102,019 U.S. Dollars or 78,776 GBP) is the expected starting price. But for a fully loaded Taycan with all options, they buyer will have to put rather high stacks of Euro bills on the table, more than double the entry price.

Porsche has invested a huge amount of money into new production facilities and employed an extra 1,200 workers. At first they hoped to sell 20,000 units per year. Because of the big hype around the Taycan, the managers in Stuttgart are even more optimistic now. They believe 40,000 Taycans per year will find their owners.