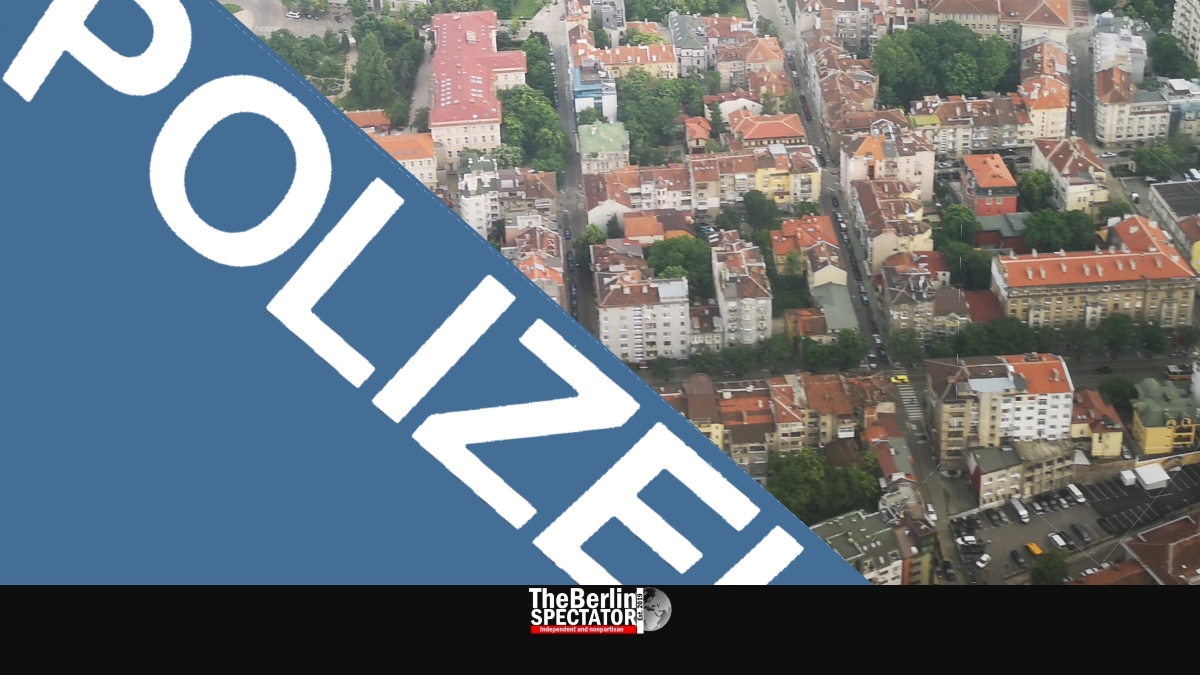 On top of those, the 25,000 employees and trainees who are part of the Berlin Police Directorate need to deal with accidents, protests, they protect politicians and Jewish facilities such as schools and synagogues, they educate people about crime and accident prevention. Also they distribute parking and speeding tickets.

At times, Berlin orders more police officers from other German provinces because the city can not always deal with large protests on its own. Big operations against Arabic family clans and other mafia structures keep hundreds of policemen and policewomen busy all the time.

There is a price tag on running a police department of this size. The city state of Berlin needs to cover around 1.5 billion Euro (1.71 Dollars or 1.34 billion Pounds) per year.

The following is a fraction of what the Berlin Police Directorate had to deal with on Friday alone. Twenty-four hours of crime, violence and weird cases:

In Berlin’s Mahlsdorf borough, a 58-year-old man with a hand gun appeared at a birthday event in a garden, where he threatened and insulted several guests because he wanted the party to end in the early morning hours. A special operations unit arrested the man. He was fingerprinted and photographed. Charges were pressed.

Other police officers were called to a location in Berlin’s Britz neighborhood, which is part of the large Neukölln borough. At the scene, groups of people had arguments and attacked each other physically. A lady hit and injured a man on the head with a large branch.

Later, a man threatened a police officer with the same branch. Only after the arrival of more police forces, the situation deescalated. Three young men were arrested. Battery charges were pressed against several individuals.

The weirdest case of the day was the one about a man who urinated on a ship from ‘Jannowitzbrücke’ bridge on Friday. Four people on the ship, three women and a man, got hit by the jet of pee. When they jumped up from their seats in disgust, they hit their heads on the bridge and subsequently needed to be treated at hospitals. Police are searching for the culprit.

After an accident involving five vehicles in ‘Britzer Tunnel’, eight people were injured, one of them seriously. The crash happened when some of the cars involved suddenly stopped on the left lane.

Police were also looking into homophobic graffiti on a building in ‘Holzmarktstrasse’ on Friday, and the case of a drunk individual whose car broke down on a city freeway. They arrested a suspected car thief in ‘Neukölln’ who carried a false ID document and dealt with a man who injured a child with a car which lacked a valid registration in Berlin’s ‘Marzahn’ borough.

All of this, and more, happened on Friday.

Increasingly, the Berlin Police Directorate is working on solving human trafficking cases. Many of the victims are Vietnamese nationals. The police press department did not release any details regarding a number of cases detectives are working on right now. Exploitation of different kinds is on the rise too.