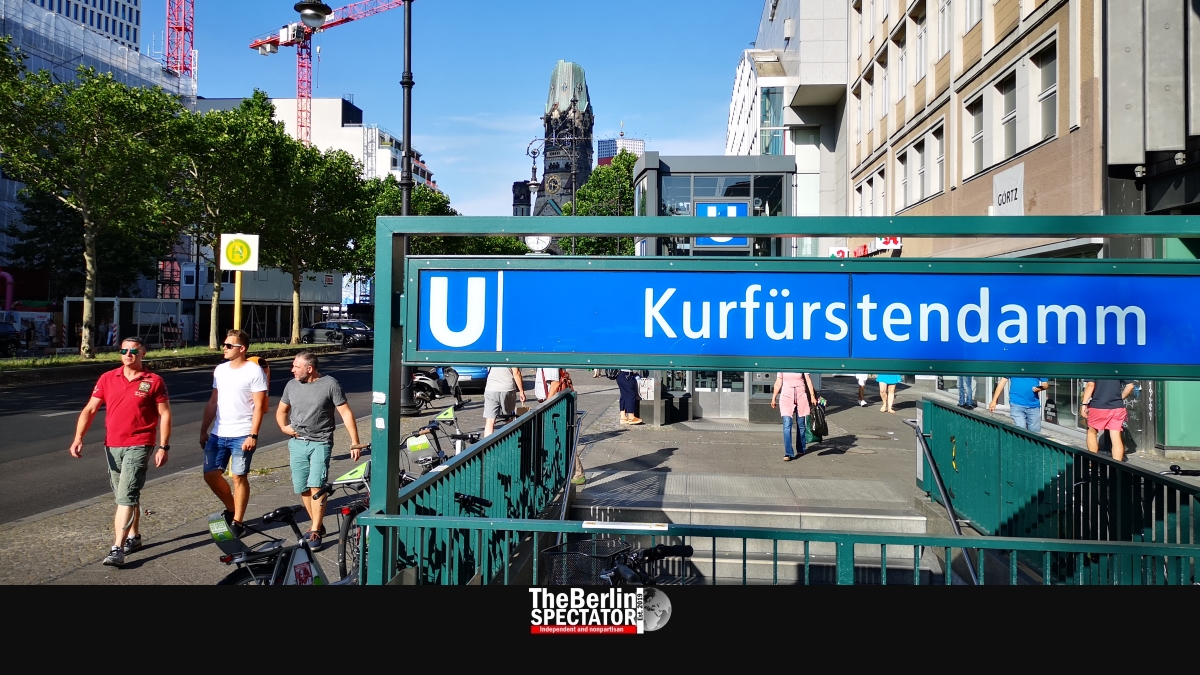 Standing at the bus stop on ‘Kurfürstendamm’, Berlin’s posh shopping avenue, in the early evening was torture. The star of this solar system, namely the sun, seemed to enjoy frying pedestrians four days after the start of summer. Usually, the heat in Germany is cooler, and it hits in late July and August.

Even the parks were too hot. Only some Berliners had the courage to lay down on the grass at Hasenheide Park in Berlin’s Neukölln borough in the afternoon, but hundreds stood in line a few hundred yards further south, at the ‘Sommerbad’, a public outdoor swimming pool which undeniably was the best spot to cool down at.

Entire families of seven, single mothers with their kids, daddies with their juniors and groups of teenagers in puberty invaded that place. A security guy with the build of a gorilla had to make sure nobody brought in any of the two forbidden items, glass bottles or knives. No exceptions.

The best spot in front of the pool’s entrance was reserved for none other than Don Mauro and his ice cream truck. Strawberry, chocolate, vanilla, cappuccino: He offered it all, along with chocolate bars, cookies, Coke and lemonade. In 1986, he moved to Germany from Ischia, a volcanic island in the Gulf of Naples. The 58-year-old traded that wonderful spot for Berlin.

Today he picked a spot in the shade, under some large trees. Ninety-six degrees Fahrenheit (36 degrees Centigrade) are not a joke. But the ice cream truck was relatively cool. “They will purchase ice cream when they leave the pool in the evening”, Don Mauro says. After decades of doing this job he knows what to expect.

Apart from the city’s pools, the U-Bahn, Berlin’s metro, subway or underground, was one of the coolest places inhabitants could enter on Tuesday. Its stations under the ground were about 10 to 20 degrees colder than the air outside. But in the elevated U-Bahn line no. 1, the opposite effect was felt. It must have been 120 degrees Fahrenheit in that moving fish can.

On Tuesday, the authorities in Berlin and Brandenburg province warned inhabitants of the scorching heat. Tomorrow, on Wednesday, they are even expecting “extreme heat” of up to 102 degrees Fahrenheit (39 degrees Centigrade). A few days ago, meteorologists had forecast 105 degrees for Berlin, but it will probably not happen.

Things did not look much better in other parts of Germany. In Saxony-Anhalt, speed limits on the Autobahn were imposed, because the excessive heat also increased the dangers on the roads. All over the country, farmers worried about their crops.

In ‘Grunewald’ forest and in neighboring Brandenburg, fire fighters were working on extinguishing forest fires on Tuesday. As many as a hundred helpers were fighting the flames in ‘Grunewald’ alone.

A large fire in ‘Spreewald’ forest, south of Berlin, has been burning since Sunday. On Tuesday, fire fighters continued doing their best to extinguish it. The wind on site kept on stoking up the flames.

Related post: Top 10: You Know it is Summer in Berlin when …