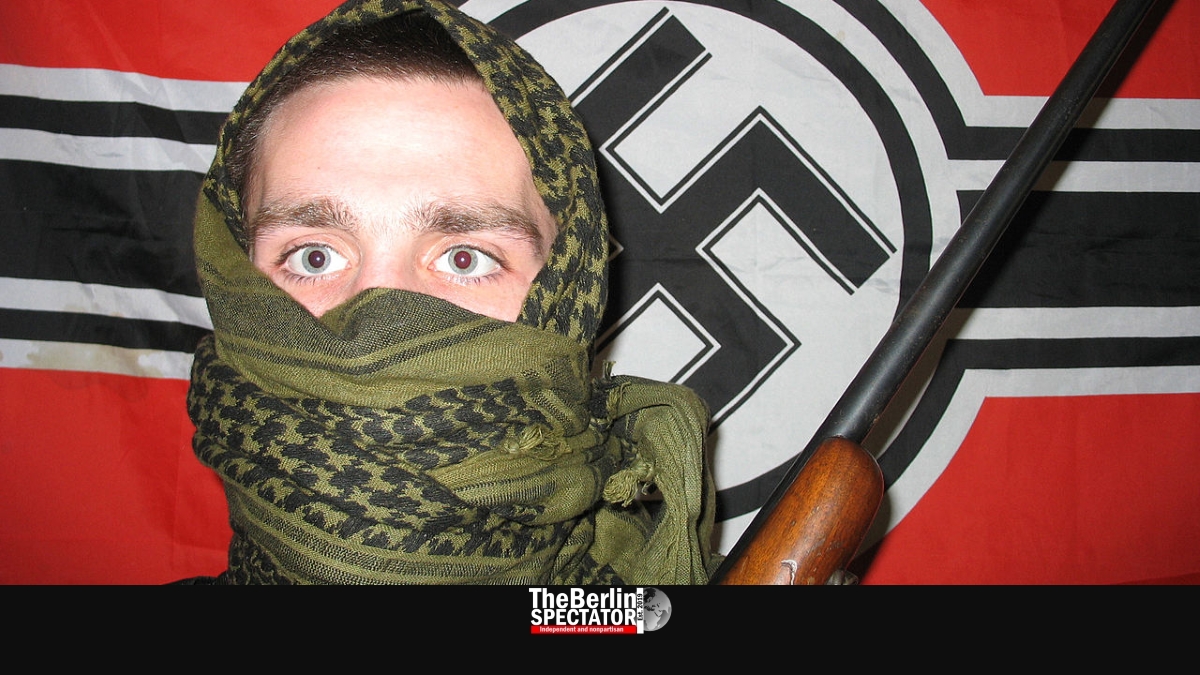 Germany’s Federal Office for the Protection of the Constitution (BfV) is sounding the alarm in its annual report, yet again. The document, introduced to the public by Interior Minister Horst Seehofer and the BfV’s director Thomas Haldenwang this morning, identifies right-wing extremists and Islamists as growing dangers.

For instance, the number of neo-Nazis is increasing. According to the report, there are up to 24,100 of them in Germany. This means there are a hundred more than there were a year earlier. And there is an even bigger problem: More than half of these neo-Nazis are willing to resort to violence.

Minister Seehofer knows there is no way to surveil all of them at all times. In a television interview he said preventing all potential crimes which might be committed by 12,700 radicals who were ready to use violence was not realistic. “But we need to do everything humanly possible”, he stated.

The minister intends to improve the equipment for police officers and is considering banning more radical right-wing organizations. Whether steps of this kind will have visible effects, is unclear.

Seehofer said during a press conference, his ministry could only take certain steps. The fight against right-wing extremism was a task for the entire society.

A recent murder case has restarted the general discussion about how to deal with neo-Nazis in Germany. A month ago, in the city of Kassel, District President Walter Lübcke was murdered. He was a conservative politician who had been threatened several times because of his position on migration.

Stephan E., a known neo-Nazi who is in custody, has confessed. It looks like he shot Lübcke in the head. Just last night, police searched the homes of two men suspected of providing the suspect with weapons. Police say Stephan E. owned an ‘Uzi’, a pump gun and other weapons. His accomplices might be part of the radical scene as well.

Before the Lübcke case, in 2018, there were six attempted murders. Right-wing extremists were the suspects, according to the German authorities. And there was a sharp increase in violent crimes with an antisemitic background.

As usual, participants of the debate about right-wing extremism say more needed to be done in schools, in order to prevent a radicalization. Also teachers and police officers needed to be educated about extremism more, and about ways to counter it. These kinds of demands have been voiced for years.

Neo-Nazis are usually racist, xenophobic and antisemitic. Most of them also hate politicians, except for their own, and talk about an alleged “foreign infiltration” or “superalienation”. Most of them are male. Less than a tenth of all Nazis in Germany are women.

Minister Seehofer also mentioned German radicals who call themselves “citizens of the Reich”, who do not accept German courts or authorities such as the police. This group was dangerous as well.

Regarding left-wing extremism, the Federal Office for the Protection of the Constitution believes there are around 9000 members who are prepared to use violence. The left-wing scene has several strongholds in Berlin, Hamburg and other cities. They are connected to the squatter scene and partially antisemitic, just like the Nazis.

Seehofer said the number of crimes committed by left-wing extremists had decreased slightly. But, all in all, the danger posed by the far-left spectrum had not changed.

In Germany, the number of Islamists has risen as well, according to the BfV’s annual report. In 2017, there were 25,800 of them. By now their number has increased by around 750. Minister Seehofer said the threat regarding possible terror attacks was still high. This applied to Germany and “German interests abroad”.

Last year, a number of Islamist terror attacks had been thwarted, Seehofer stated. The preparatory stages of the cases had different. While most terror attacks of this kind had been committed by individuals, “complex attacks”, like the ones which happened in Paris in 2015, could not be ruled out in this country either.

Director Haldenwang said antisemitism was wide spread, not only among right-wing extremists, but also “citizens of the Reich” and Islamists. In the latter case, virtually all organizations the BfV had looked into were spreading that kind of ideology, but they had chosen different ways of doing so.

In the meantime, police in the German town of Bad Dürrenberg have arrested a suspect sought in connection with the 2015 terror attacks in Paris, during which 130 people were murdered. The Bosnian citizen Adis A. will likely be extradited to France or Belgium, where he is wanted too.

On top of all of the above, serious cases of espionage are on the rise, according to Seehofer. This included so-called cyber espionage, propaganda and disinformation, the minister said.