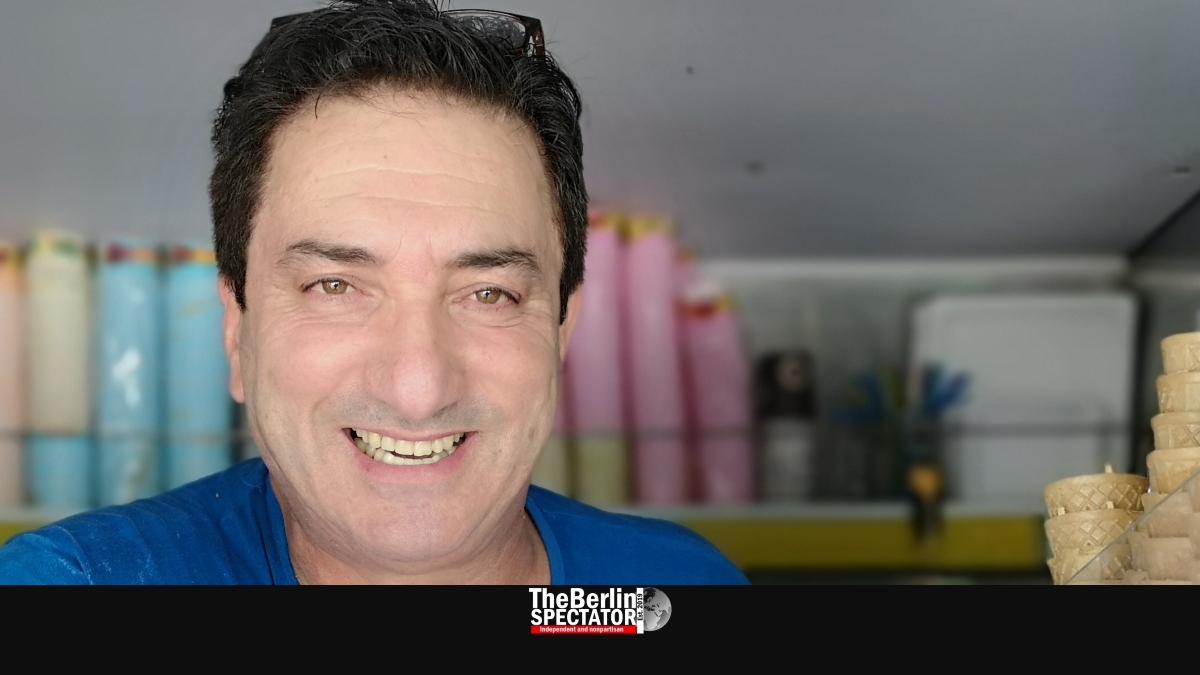 Don Mauro may be an expatriate, but during the 33 years he has been in Germany he has seen more things happening than many natives. In 1989, when many of his customers were not even conceived yet, he watched the Berlin Wall fall.

Also the ice truck owner knows more Berliners that most other residents. Don Mauro talks to them on a daily basis, while selling ice cream to them during the warm months. He is a prominent Berliner, he is an integral part of the city, without him something would be missing.

Ischia, a volcanic island in the Gulf of Naples in the Tyrrhenian Sea, is one of the most wonderful spots in Europe. The island is partially covered with trees and plants. Its typical buildings gives it the kind of beauty tourists on site can’t stop staring at. Ischia might also be one of the most photographed spots in Italy.

While tourists fall in love with Ischia, a young man who grew up there may have felt that the world he was living in was rather small. Some of the visitors told him about Germany, the land of Beethoven and cuckoo clocks which provided tons of well-paid jobs. So he went, in 1986.

Today, more than three decades later, Don Mauro is still in Germany, with his family. On a hot day in June, he picked the best spot he could conquer for his ice cream truck, right in front of the ‘Sommerbad’ open air swimming pool in Berlin’s Neukölln borough. It was a shady place under some trees.

“They will purchase ice cream when they leave the pool in the evening”, Don Mauro says. After decades of doing this job he knows what to expect. At this moment, while dozens of Berliners are trying to get to the pool, which is already overcrowded, customers come to the truck every few minutes, to get a bottle of Coke.

But in a few hours, a long line will be forming in front of the truck. They will want his strawberry, chocolate and vanilla ice cream and the sweets, snacks or drinks he offers. And they will buy all the beer bottles he has.

“This ice truck is freedom”, he states. The 58-year-old used to own a restaurant, which was “a millstone around my neck”. Back then, he would never have time for anything. His business consumed the entire day. Now, with his ice cream truck, he can go home anytime he chooses.

On the other hand, making a living in an ice cream truck is not easy. First of all, there is something called winter. Ice cream is not popular during the cold months. Secondly, Germany is known for its bureaucracy and partially strict rules which apply to ice cream truck owners above all.

Once he had finally found a good spot for his truck, he was not allowed to stay longer than two hours at a time. When he wanted a special permission as a stationary ice cream truck owner, his application was lost. Then it was rejected, just before a competitor got that kind of permission for the place Don Mauro wanted. Local residents collected signatures and even staged a small protest for him.

He has been to all parts of Berlin and knows every corner. “There are not too many spots for ice cream trucks in this city”, the Italian expatriate knew years ago. Today, he mostly drives his truck to Tempelhof Field, the former airport which provides a lot of space.

In 2010, it was turned into a multi-functional place. Companies moved into the former terminal building, skaters, bicyclists, dog owners and other Berliners populate the runways today. Every now and then, the discussion about constructing apartment blocks reappears.

As a Berliner, Don Mauro has an opinion: “People do not want buildings at Tempelhof Field. They need space.” He is also a critic of the opening hours the former airport’s tarmac has. Party people, Mauro believes, should not be thrown off the premises in the evening.

Don Mauro is probably the most friendly ice cream truck owner in Berlin. He talks to many of his customers and takes interest in their lives and opinions. It is not all about selling ice cream, but also about communication with the Berliners and the many tourists who come here.

Today, there are less than 20 ice cream trucks in Berlin, and the Italian expat drives one of them. This city may not be as beautiful as the island of Ischia, but there are far more people. With his friendliness and the interest he takes in Berliners and tourists, Don Mauro makes some of them smile every single day.