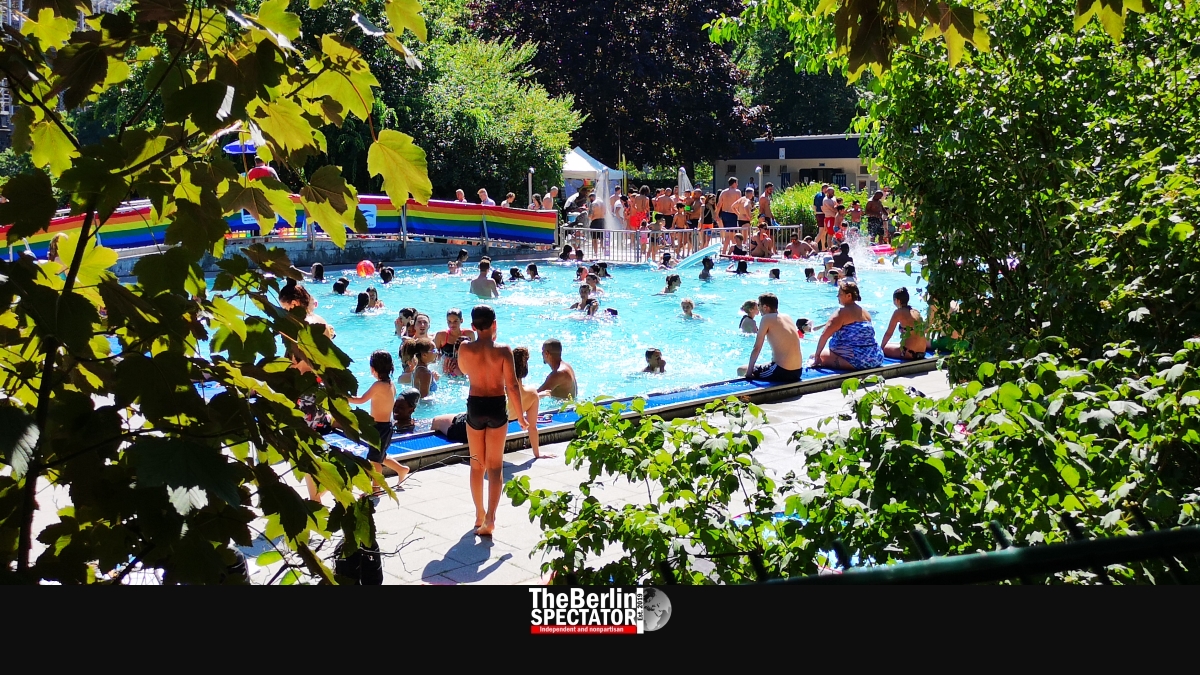 Sunday, June 30th, 2019, was the hottest day Berlin and the neighboring province of Brandenburg ever experienced in June. Temperatures rose to 102 degrees Fahrenheit (39 degrees Centigrade). The excessive heat even surpassed Wednesday’s values, which had been extremely high already.

More records were registered in Germany. In Bad Kreuznach, a town in the federal state of Rhineland-Palatinate, 102.74 degrees Fahrenheit (39.3 degrees Centigrade) were measured today, the highest June temperature ever. And in Bernburg, a town in Saxony Anhalt, there were 103.2 degrees (39.6 degrees Centigrade).

The July record was hit in 2015, when residents in Kitzingen were forced to endure 104.5 degrees Fahrenheit (40.3 degrees Centigrade). Experts believe this summer has the potential for a new July record as well. Since the year 1781, it has not been hotter in Germany. But it has further south, for days. France and northern Spain reported up to 113 degrees Fahrenheit (45 degrees Centigrade).

According to meteorologists, Berlin and Brandenburg were the warmest and sunniest federal states in June. The average temperature in Berlin was 73 degrees Fahrenheit (22.8 degrees Centigrade), the one in Brandenburg only a bit lower.

Apart from the heat, the authorities warned residents of an ultra-high concentration of ultraviolet rays on Sunday. They recommended wearing hats, using sunscreen and a high fluid intake.

Another issue which has been affecting Berlin and Brandenburg for days is the danger of forest fires. In several areas, including Berlin’s ‘Grunewald’ forest, fire fighters had to extinguish quite a few fires already. Especially in Brandenburg, the risk of forest fires continues to be extremely high, the authorities say.

In Mecklenburg-Hither Pomerania, a huge forest fire kept on growing on Sunday evening. Several villages needed to be evacuated.

In the meantime, there was a large fire at an industrial complex in Berlin’s ‘Neu-Hohenschönhausen’ borough. It is unclear whether it is a consequence of the record heat. A total of 80 fire fighters were on site. The smoke could be seen from the city center.

This coming week, temperatures in Germany will supposedly slump. For Monday in Berlin, 84 degrees Fahrenheit (29 degrees Centigrade) were forecast. On Wednesday, the maximum will reportedly be 66 degrees (19 degrees C).