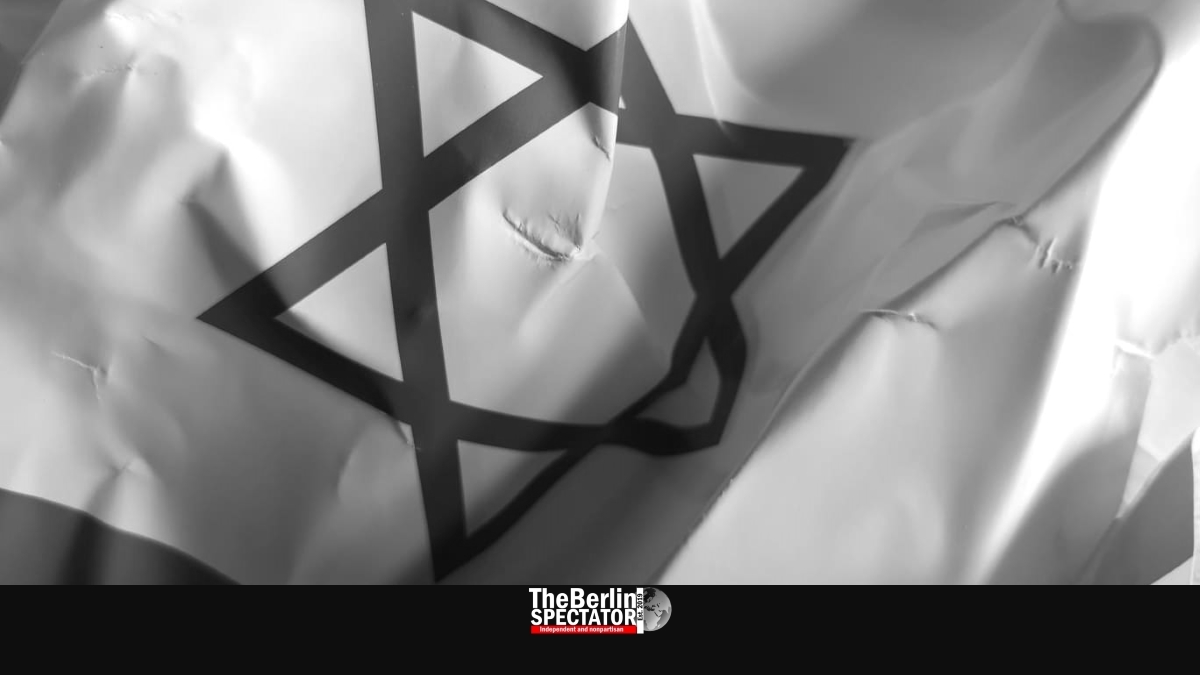 This is an opinion piece by Imanuel Marcus.

The ‘Spiegel’ news magazine was known for uncovering scandals. Decades ago, the weekly was even part of one, when it was falsely accused of betrayal of secrets in what is known as the ‘Spiegel Affair’. The man who triggered it, Germany’s former Minister of Defense Franz Josef Strauss (Strauß), had to step down. That was 57 years ago. Things are different now. The weekly’s new edition contains an article which builds on old conspiracy theories about Jews.

In an article which is part of today’s edition of the ‘Spiegel’, the news magazine accuses two Jewish organizations of “systematically influencing” Germany’s foreign policy, “aggressive lobby tactics” and of advertising Israeli Prime Minister Netanyahu’s positions in a “dubious way”.

The ‘Spiegel’ mentions two groups, namely the NGOs ‘Werteinitiative‘ (‘Values Initiative’) and ‘Naffo‘, which the authors call “frontline organizations”. It raises the suspicion they “could be owned by the Israeli government”. A recent ‘Naffo‘ fundraiser for political parties, during which a few thousand Euro were collected, is being mentioned too.

Jewish Lobbyists Versus Non-Jewish Ones

Many lobbyists in Berlin and other capitals work for the auto industry, climate protection, animal welfare, science and other areas. This is an aspect the news magazine does not explain. And the reader can only guess why it picks out Jewish lobbyists.

Elio Adler, who heads the ‘Werteinitiative’ and used to be part of ‘Naffo’ too, told The Berlin Spectator his organization was in the process of documenting exactly what kind of information the Hamburg-based ‘Spiegel’ magazine had received from them.

The fact of the matter is that Adler’s NGO talks to Bundestag MPs and other politicians about democracy and freedom, and about ways to fight antisemitism, which has been on the rise for years. The ‘Spiegel’ itself quotes Adler saying the kind of research the magazine had conducted before publishing today’s edition seemed to be “feeding the antisemitic fairy tale of Jewish capital influencing German politics.”

‘Stereotypical Allegations About the Power of Jews as Collective’

Three years ago, in 2016, the German government adopted the ‘Working Definition of Antisemitism’ by the International Holocaust Remembrance Alliance (IHRA), along with other countries. In the IHRA definition, the following part explains what one wide-spread form of this kind of hatred is about:

“Contemporary examples of antisemitism in public life, the media, schools, the workplace, and in the religious sphere could, taking into account the overall context, include, but are not limited to: (….) making mendacious, dehumanizing, demonizing, or stereotypical allegations about Jews as such or the power of Jews as collective — such as, especially but not exclusively, the myth about a world Jewish conspiracy or of Jews controlling the media, economy, government or other societal institutions.”

The Nazis, who covered Europe with war and death, and who brought about the Holocaust, used that very same conspiracy theory, along with others, as a justification for what they did. It was about Jews and their capital controlling the world.

Back to the ‘Spiegel’: In its article, it fails to deliver proof for its hinted allegations. In fact, the publication concedes that the kind of party donations it mentions are legal and common. Participants of events and trips organized by the two NGOs confirmed they were not pressured into agreeing to anything.

In spite of that aspect, the ‘Spiegel’ piece reads it was “remarkable how influential” these two associations were, even through hardly anyone knew them. Obviously, the authors of the article did not manage to completely hide their anger about the latest Bundestag resolution against the BDS movement.

BDS has been trying to delegitimize Israel for years, accusing it of Apartheid, murder and what not. Its accusations against the predominantly Jewish state perfectly fit the IHRA’s definition of antisemitism. For that reason, the ‘WerteInitiative‘ lobbied for the kind of resolution the Bundestag passed.

The authors were not able to conceal their frustration about the airing of a documentary about antisemitism on ARTE either. ARTE is a French-German TV channel known for cultural programs, but also for problematic views regarding Israel. The channel was pressured to air the film it intended to hide in its archive. According to the ‘Spiegel’, the two NGOs might have been involved.

The ‘Spiegel’ article does not directly say what its purpose is. Mentioning legal organizations, legal lobbying for democracy and against antisemitism, along with a legal fundraiser, would not really have justified an article. But far-fetched allegations of exertion of influence for Israel obviously do, at least in the minds of the editors who authored the piece.

And no, the Mossad is not involved in influencing anyone in that direction. Neither are bribes. Overtones and suspicions of that kind, which are part of the article, sound good to so-called ‘Israel critics’, but that does not mean they are accurate. In certain circles, accuracy is not the highest priority.

Just sitting back and accepting the kind of unfounded accusations included in the suggestive piece the ‘Spiegel’ just published is usually not what the ‘WerteInitiative’ or ‘Naffo’ do. But it is unclear exactly what kind of steps the NGOs might be taking. They refused to release that kind of information at this point.

Critics of Germany’s Middle Eastern approach believe lobbyists who attempt to talk Bundestag MPs and ministers into changing their Israel policies are badly needed, because of contradictions and other unconventional aspects.

For instance, Germany says supporting Israel was raison d’état. At the same time the Germans often vote against Israel. In fact, they frequently support Arab U.N. resolutions containing the usual invented accusations against the only democracy in the region.

Also the Berlin government keeps on telling Israel to work on the so-called Two-State Solution, ignoring the fact that the Israelis, including Prime Minister Netanyahu, have supported that kind of approach for decades. The Palestinian leaders and Arab regimes on the other hand have rejected all peace plans which could have led to a Two-State Solution, because those included the existence of a state they want to get rid of: Israel.

The ‘Spiegel’ article can be accessed here (in German, paywall).