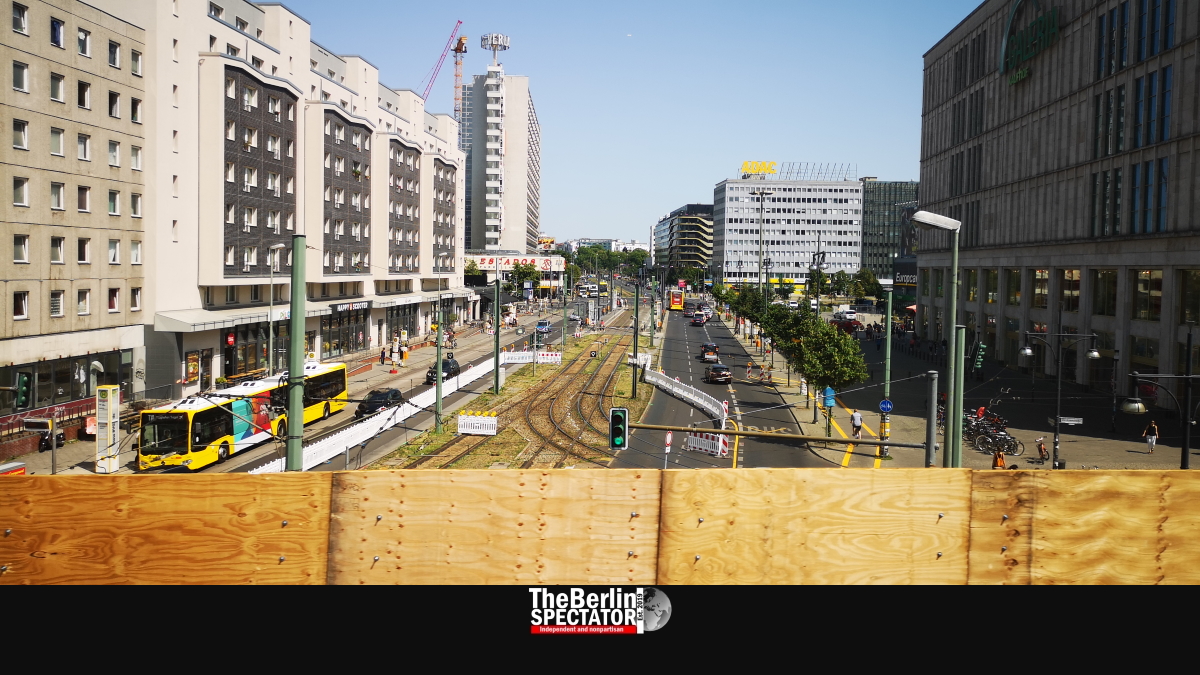 For the first time ever, more than 108 degrees Fahrenheit (42 degrees Centigrade) were measured in Germany on Thursday. By 6 p.m., two cities had broken their all-time temperature records. While Cologne and Frankfurt am Main came pretty close to breaking records too, Berlin was supposedly cool in comparison, with up to 95 degrees F (35 degrees C). In the meantime, Germany may have to shut down one of its nuclear power plants because of the heat.

In Bonn, the former capital of the Federal Republic of Germany, and in the town of Lingen, located in north-western Germany, the hottest day of all time was registered today. In Bonn, 105.1 degrees Fahrenheit (40.6 degrees Centigrade) were measured, in Lingen even 108.7 degrees (42.6 degrees C).

More temperature records in Germany might fall, meteorologists believe. In the Netherlands, thermometers hit more than 104 degrees Fahrenheit (40 degrees C) today, for the first time in 75 years. And Paris reported its hottest day ever.

In Germany, other cities reported excessive heat as well. In Frankfurt am Main, 101 degrees F (38.5 degrees C) were reported. Cologne was even hotter and Bremen almost as hot. In all of Germany, the heat was unbearable, including in Berlin.

On an ‘S-Bahn’ train in the German capital, somewhere between ‘Treptower Park’ and ‘Friedrichstrasse’, tourists and residents tried to cool down by moving their heads into the airstream which came through the only open window, a tiny one, at about 122 degrees F (50 degrees C). It did not help.

In the city center, several American and British tourist groups explored the Berlin Wall trail (‘Mauerweg’) on bicycles. They tried to pretend they were not being grilled and concentrated on their guide’s interesting speeches.

NPP to be Shut Down Due to Heat

The Governing Mayor of Berlin, Michael Müller, asked residents to give cooled water bottles to homeless people who were suffering on the streets. Some NGOs provided them with both drinks and food at ‘Kottbusser Damm’ and other spots frequented by the homeless.

Plants and lawns were suffering too. The district office in Berlin’s ‘Reineckendorf’ borough asked the Police Directorate to send a water cannon to Greenwich Promenade in the very north-west of the city, and to use it to water the plants. The most powerful watering pot in the world, and the most expensive one, was active yesterday too, while the Berlin fire brigade warned residents not to leave children or pets in their vehicles in this heat.

According to German-language media, at least one nuclear power plant will be shut down due to the heat on Friday. The NPP Grohnde in the north-western part of the country uses the ‘Weser’ river’s water as its coolant. Once the river’s temperature hits 79 degrees F (26 degrees C), the NPP needs to be taken off the grid. The measure is not supposed to protect the reactor, but rather the river’s ecosystem.

In some German cities, including Berlin, public transport drivers were allowed to use their private clothing and shirts with short sleeves on Thursday. Some employers offered their employees free fountain drinks.