Roy Ayers: Jazz-Funk Pioneer to Perform in Berlin and London 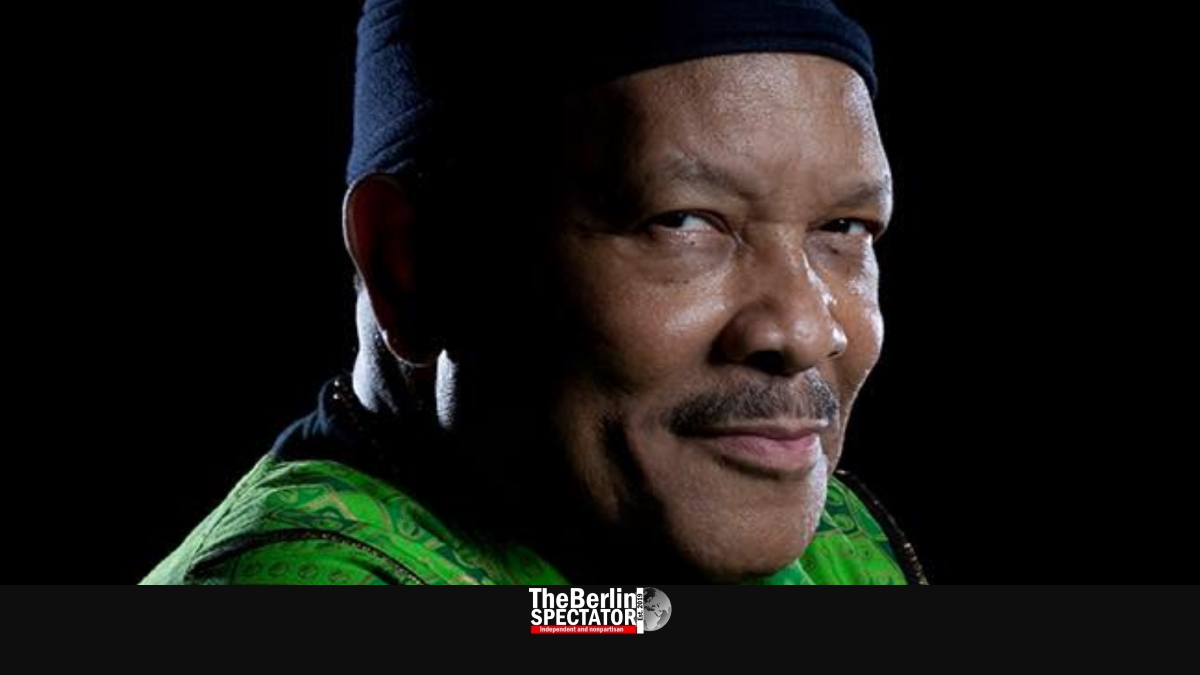 The genius vibraphonist, vocalist, composer and producer Roy Ayers is scheduled to hit stages in European cities during a tour. The 78-year-old will perform in Berlin, London and possibly in other cities. As of today, no official touring plan has been published.

Roy Ayers is known for Jazz-Funk and Soul hits such as ‘Everybody Loves the Sunshine’ or ‘Searchin’, but those are only two products in an ongoing, extraordinary career during which he came up with hundreds of tunes.

His compositions were sampled by rappers, but Ayers is also very popular within the European ‘Acid Jazz’ scene. The latter is just another expression used for British Jazz-Funk recorded since the early 1990s.

‘Coffy is the Color’

On September 10th, 1940, Roy Ayers was born into a family of musicians in Los Angeles. His mother was a pianist, his father a trombone player. The great Lionel Hampton gave him a pair of vibraphone mallets when Roy was 5. That is how it all started.

In 1962, Ayers started playing with Bebop groups while already recording his first solo albums. Some ten years later, he founded his band Roy Ayers Ubiquity. For ‘Coffy’, a 1973 so-called’ ‘blaxploitation’ movie, he composed and performed the soundtrack. ‘Coffy is the Color’ and other tunes from the flick with Pam Grier are still very popular in the ‘Real Music’ (Soul, Funk, Jazz) community.

In the late 1970s, Roy Ayers was on the right side of Disco, meaning he was among the artists who approached that popular genre from the Funk side of things, as opposed to bands like Boney M. that made it sound ridiculous. ‘Running Away’ and ‘Don’t Stop the Feeling’ were two of Ayers’ hits during the Disco era.

The Funniest Thing in Jazz-Funk History

For decades, until today, he kept on recording killer albums. There are 37 of them by now, not counting samplers, collaborations or movie soundtracks. ‘Love Fantasy’, released in 1980, featured brilliant Soul tunes with an approach nobody else took. With the 1983 recording ‘Silver Vibrations’, Ayers went against the trend. He delivered Jazz-Funk at its best while most of his colleagues tried to sound very ‘eighties’ by exaggerating with synths and drum programming.

Apart from his stunning compositions and vibraphone skills, humor is something Roy Ayers is known for. Some of his songs, including ‘PooPoo Lala’ are extremely funny. In the tune, he tells the story of his marriage, by singing and talking. This one makes people laugh at his legendary live shows.

Several of his London gigs, namely at ‘Ronnie Scott’s’ and the ‘Jazz Café’, were recorded on both CD and video. The ‘Battle of the Vibes’ between Ayers himself and his band member Clyde Gassaway is the funniest thing ever recorded in Jazz-Funk history.

Other, much younger Jazz-Funk acts, such as The James Taylor Quartet (JTQ) or Incognito (‘Bees and Things and Flowers’), cover Roy Ayers tunes. He also likes cooperating with them when there is an opportunity. With JTQ, it did happen once.

The excellent vibraphonist, performer and showman will be at the London ‘Jazz Café’ on August 26th, 27th and 28th. Even before, on August 23rd, he will be hitting the stage at ‘Gretchen’ in Berlin. More European gigs might be added here once (and if) Ayers’ official tour calendar is being updated.