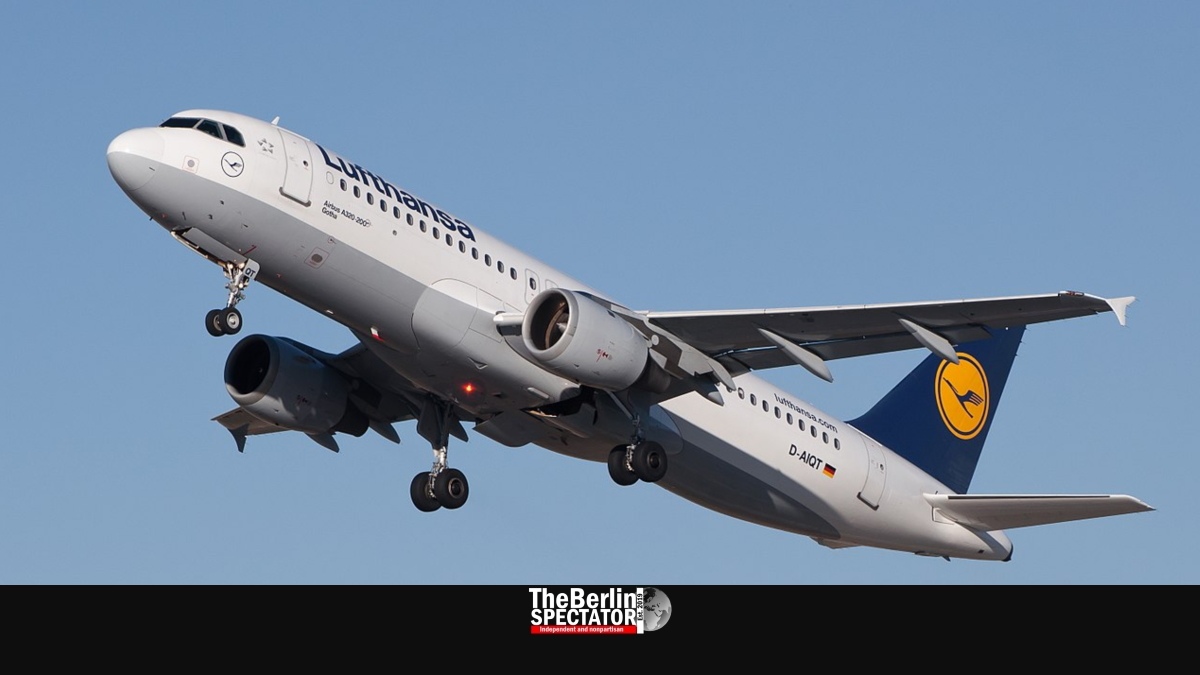 Even though their share of CO2 emissions is very low, a discussion about dumping domestic flights within Germany has begun in Berlin. Parties on both the left and the right seem to want to get rid of those flights. But their approaches are partially very different.

Germany may be a relatively large European country, but comparing it to Russia, Canada or the United States shows the country is actually tiny. It would fit into Texas twice, meaning Germany is not much larger than a medium rare T-bone steak.

From Hamburg to Frankfurt

Now that the country’s size has been established, the next question would be how Germans travel from A to B, let’s say from Hamburg to Frankfurt. By car, those 498 kilometers (309 miles) will typically be covered in five hours, from door to door. Deutsche Bahn’s ‘ICE’ bullet train takes exactly four hours.

Taking a Lufthansa flight from Hamburg to Frankfurt takes some 45 minutes. By the time the passengers finally get their natural orange juice 15 minutes into the flight, it is almost time to prepare for landing. But there is the travel time to Hamburg Airport in the city’s ‘Fuhlsbüttel’ borough, and there is the average waiting time from check-in to takeoff, plus all the waiting at the baggage claim. This means, all in all, a flight might be an hour faster than the train.

This leads to the big question: Does Germany need domestic flights? There is a growing number of politicians in Berlin, including far-left representatives, their center-left and Green colleagues, and even conservatives who say no. They want to scrap domestic flights for good.

Berlin politicians who have ridiculed the Swedish teenager Greta Thunberg and the environmentalist movement Fridays for Future the activist created, should probably think again. She and her supporters recently demanded an end to domestic flights. In Sweden, her call to “stay on the ground” already has an effect. Just weeks later, the political Berlin is discussing the subject.

While the discussion carries on, a related subject just popped up: Since the reunification of Germany some three decades ago, not all parts of all ministries have moved from the old West German capital Bonn to the capital of reunited Germany, which is Berlin.

This means lots of officials need to commute between Bonn and Berlin, which translates into tens of thousands of domestic flights per year. There is an exact number: Ministry officials have taken 229,116 of those flights in 2018 alone. That’s a whole lot.

‘The Left’ Wants Nationalization of Airlines

Some voices in Berlin are already calling for moving the rest of the ministry divisions to Berlin. Others are saying those commuting officials should use the ‘ICE’ bullet train instead. Except there is no direct connection. The fastest train ride available from Bonn to Berlin takes 4 hours and 32 minutes.

While that side discussion is continuing, the main argument is being fought out. As it turns out, there are very different answers to the question of how exactly Germany should get rid of domestic flights.

On the far left, Bernd Riexinger of the party ‘Die Linke’ (‘The Left’) told the ‘Berliner Morgenpost’ daily, all airlines should be nationalized. An industry the services of which had ramifications of this kind for the environment needed to be controlled by the state, he said.

Hardly surprisingly, Riexinger’s suggestion was harshly criticized. The liberal Berlin Bundestag MP Marco Buschmann accused him of abusing “the ecologic sensitivity of people for neo-socialist mind games.” Buschmann was not alone with that opinion.

The Greens want to make travelling by train more attractive, in order to move people away from domestic flights. This is what their chairman Robert Habeck said. Some conservatives agree with him. They pleaded for decreasing or getting rid of all taxes connected to the purchase of train tickets.

This is something Germany’s Minister of Transport Andreas Scheuer of the ultra-conservative Bavarian party CSU had already suggested months ago. Back then, his Social Democratic (SPD) colleague Treasury Secretary Olaf Scholz had agreed to discussing that kind of approach.

In September, the federal government will come up with a climate protection plan. Steps concerning domestic flights might be part of it. Or maybe not, because those flights only contribute 0.3 percent to Germany’s CO2 emissions.