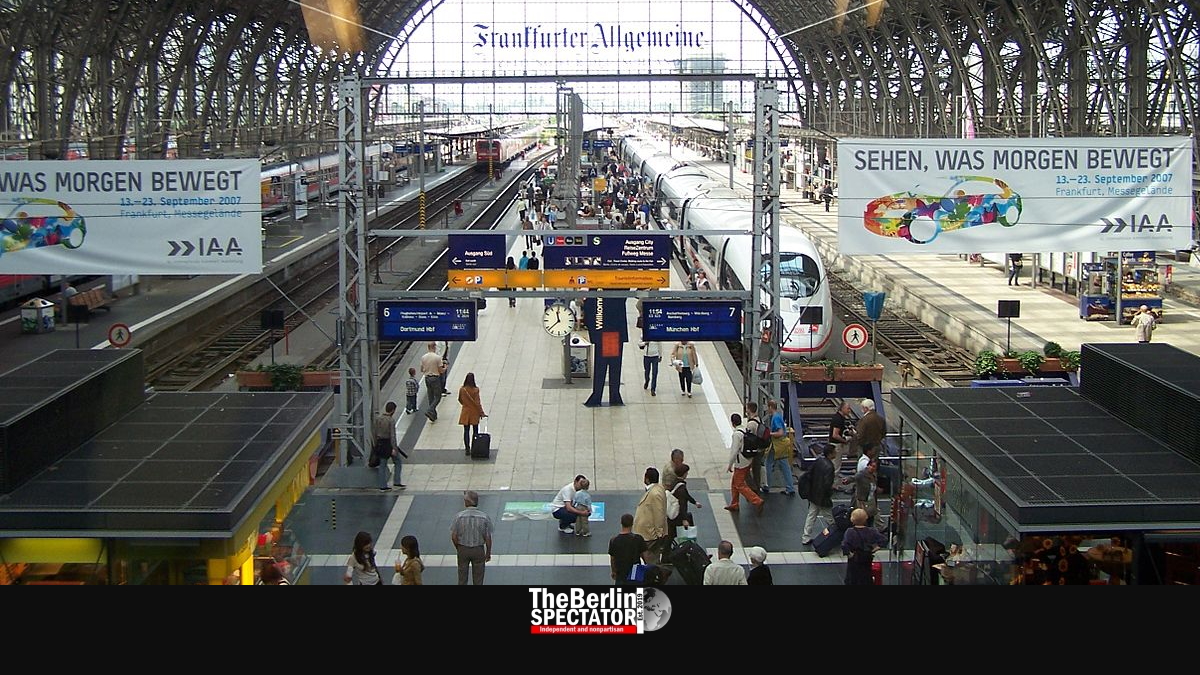 Update 3:58 p.m.: The suspect was wanted by Swiss police after threatening a neighbor a few days ago. Seehofer wants to improve security in large train stations.

A terrible homicide in Frankfurt shocked Germany on Monday. While the authorities are working on the case by gathering information and evidence, the social media are full of prejudgements. Interior Minister Seehofer commented on the latter.

The case is a nightmare for any parent or anyone else. On Monday, a mother and a child were pushed onto train tracks at Frankfurt’s central station just before an ‘ICE’ bullet train entered. The 8-year-old boy died at the scene.

Suspect is Father of Three

German-language publications quoted witnesses who described the terrible incident. The statements were about people crying, screaming and collapsing after seeing it happen. This kind of attack is obviously more than horrific and hard to impossible to digest.

The suspect reportedly tried to push a third person onto the train tracks as well. Shortly after, he was arrested. According to the prosecution in Frankfurt, he is a father of three from Eritrea who has been living in Switzerland for thirteen years. So far he has not made any statements on the accusations against him.

Because the accused is an Eritrean national, there have been problematic reactions. In Berlin, the extremist right-wing party AfD criticized “the silence of the Berlin Senate”, which is not responsible for anything happening in Frankfurt. Georg Pazderski, the AfD faction leader at the Berlin House of Representatives, accused the Senate of a “failed cover-up”, which seemed odd to observers.

“While a mother cries for her murdered child, the old parties and some media are trying to belittle the bestial incident”, Pazderski said. The case needed to trigger a “political U-turn”, he demanded. The government’s “security policy” was irresponsible.

Germany’s Minister of the Interior Horst Seehofer, a conservative, interrupted his summer vacation and returned to Berlin. He strongly condemned “this terrible act” and assured the public the perpetrator would be made responsible “with all means the laws provide”.

At the same time, Seehofer indirectly criticized what he called “a public evaluation of the case”. According to the minister, an assessment is not really possible until all aspects have been cleared up.

Discussions on Incident and Threats

Seehofer, who is discussing the Frankfurt central station case, threats against mosques in Germany and against the left-wing party ‘Die Linke’, as well as a racist attack on another man from Eritrea in the Hesse province, with the security authorities he heads as Minister of Interior, was referring to comments which have been flooding social media since the deadly incident.

Some of those mention the accused’s skin color and connect his ethnicity to brutality. Those comments are obviously racist. Other commentators blamed political decisions taken during the 2015 refugee crisis, ignoring the fact that the suspect has been living in Zurich since 2006.

In the afternoon, Minister Seehofer intends to hold a press conference on the case.