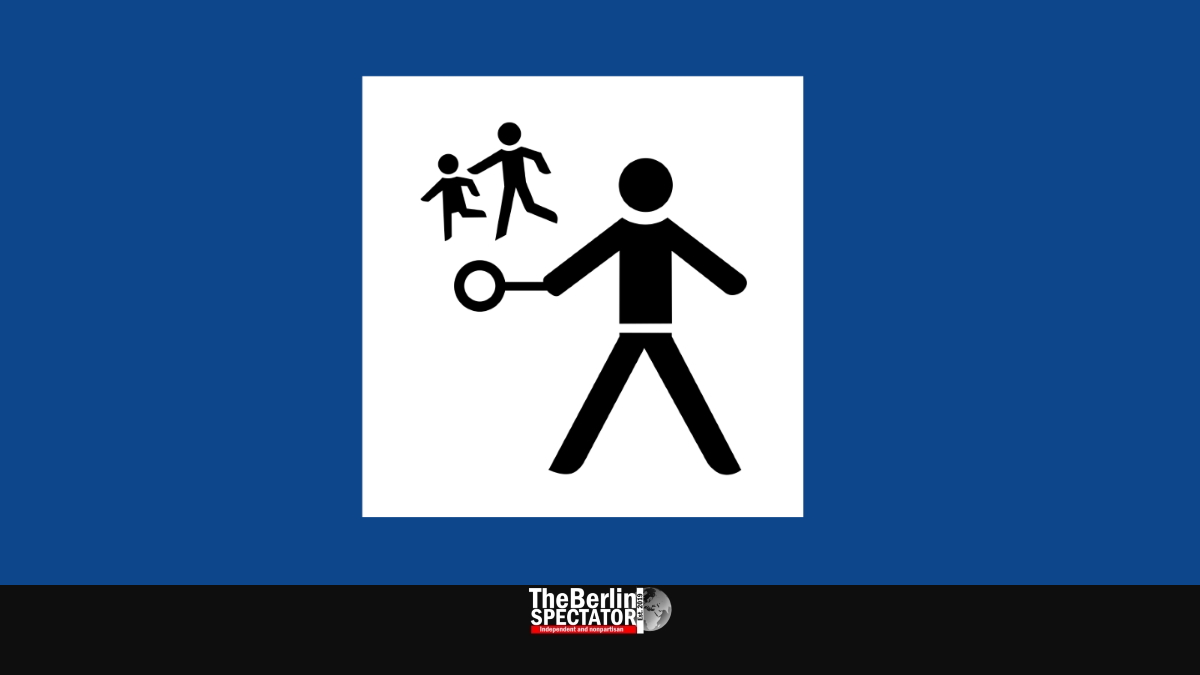 Last year, 33,900 of all kids who went to school after the summer vacation were first-graders. This year’s number will be comparable. The youngest schoolkids will celebrate their enrollment on Saturday, August 10th. They will need a lot of attention, especially in traffic.

For that reason, the Berlin Police Directorate is preparing for two weeks of “intensive measures”. This means, police will accompany the little ones on their way to school and show them how to be safe in traffic. Accident prevention and traffic surveillance are the most important aspects.

In Germany, most children are being sent to school at age 6. At that point, they are not experienced enough. The Police Directorate says because of their limited perception and reaction capabilities, a lot of attention and considerateness was necessary.

Because the latter does not seem to be guaranteed, drivers and the kids’ parents need education too. Speeding around schools will be penalized. According to police, parents who take their children to school make many mistakes. They park on sidewalks and bike lanes, they cross streets without checking the situation properly. Many do not provide the right car seats for 6-year-olds.

Officers will talk to parents these days, and remind them of the responsibility they have, especially in traffic. According to the police, parents should not forget about their exemplary function.

In the meantime, as many as 230 schools in Berlin were renovated during the six-week summer vacation. In some cases, the construction work has not been completed yet. What this means is that many pupils will be sitting in provisional class rooms. Those are either wooden huts which will be used until the renovations or constructions are done, or containers. As many as 1000 classroom containers will be used in Berlin, for now.

The German-language ‘Morgenpost’ daily asked all Berlin districts whether their schools would be ready on Monday. As it turned out, some of them are not. In ‘Friedrichshain-Kreuzberg’, the renovation activities will have to continue for a while. In ‘Marzahn-Hellersdorf’, only three out of eleven construction sites at schools will be ready on time. Things do not look much better in ‘Mitte’ and some other Berlin districts.

There was some trouble last year, when many classrooms were still so dusty they could not be used after the summer vacation. The city state of Berlin and its districts wanted to avoid this kind of problem this time around.

While worrying about those renovations, the Berlin authorities are spreading recommendations for parents of first-graders. For instance, school bags should never exceed 10 to 12 percent of the kid’s body weight. The right nutrition was important too.

They also say the kids should not just be supported on their first school day, but all along. Parents needed to make sure their children knew they could count on them when they needed help. On the other hand, helping kids with homework too much was counterproductive.

Berlin is giving all school kids a present: They can use the city’s public transport for free. Their parents should apply for the ‘kostenloses Schülerticket’ ASAP. Until November, school children can also just take rides with the BVG or on ‘S-Bahn’ without ticket, because it takes a while until everyone was provided with the free tickets they applied for. But the kids should carry their school cards.