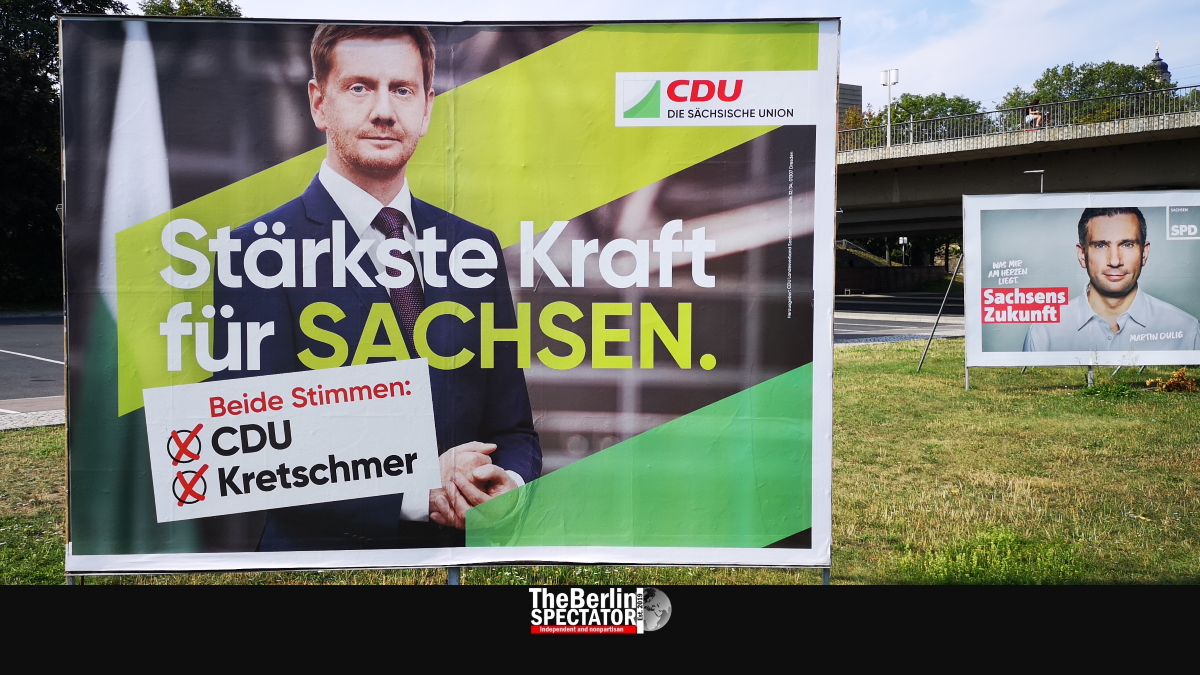 In Brandenburg and Saxony, elections will take place this coming Sunday. Recently, it looked like the extremist right-wing party AfD might win. Now, with just days to go, things seem to be changing. But the danger is not banned.

Economically, Saxony is a strong federal state within Germany. In 2018, its exports to countries around the globe had a volume of more than 40 billion Euro (44 billion Dollars or 36 billion Pounds). But the companies fear a recession should the radical-right AfD become too strong.

Representatives of big companies based in Sachsen have commented on the upcoming elections by telling voters an AfD victory might do a lot of damage to the economy. One of the many problems they have with the radicals: Less professionals from outside the federal state apply since they do not want to live in a federal state ruled or dominated by extremist right-wingers.

Saxon voters seem to be changing their opinions. At least Chancellor Angela Merkel’s conservative CDU is gaining momentum, meaning the AfD might not win the state parliament elections after all. The CDU’s green election campaign posters which say “The Strongest Force for Saxony” might actually be accurate.

But Governor (‘Ministerpräsident’) Michael Kretschmer, a CDU politician, had to bend over backwards to produce the success he now has in the polls. For instance he criticized the sanctions against Vladimir Putin’s Russia because of the opinions Saxons tend to have on the matter. This is something no other CDU member would even consider doing.

On the other hand, Kretschmer wants Saxony to get rid of coal energy by 2038, in spite of the many jobs in his province which depend on brown coal. And he rejects more windmills, even though Saxony and the rest of the country need to increase the percentage of sustainable energy due to Germany’s exit from nuclear power.

All in all, Kretschmer’s CDU in Saxony has been discussing issues people are interested in during the election campaign, including affordable rents and, above all, security. The way the party talked about these matters seems to have convinced voters to support the CDU instead of the AfD.

There is a similar last minute development in Brandenburg. According to the latest polls mentioned in German-language media, the center-left SPD of Governor Dietmar Woidke might come out stronger than the AfD. Still, his support shrunk from 31 last time around to 22 percent today, while 44 percent of all voters in Brandenburg are satisfied with their federal state’s government.

Not Giving in to Haters

But the new situation in which the AfD seems to have lost the first place in both Brandenburg and Saxony does not really change a lot. Democratic forces in these federal states will have to form coalitions against the extremists, whether the AfD turns out to be the strongest party or not.

Still, more and more people might be fed up with the hatred the AfD and other extremist right-wing parties are spreading. In Dresden, the capital of Saxony, up to 40,000 people protested against the radical right on Saturday. The participants of the rally took a stand against racism and a division of society. They showed the country and the world that Saxony will not give in to haters.