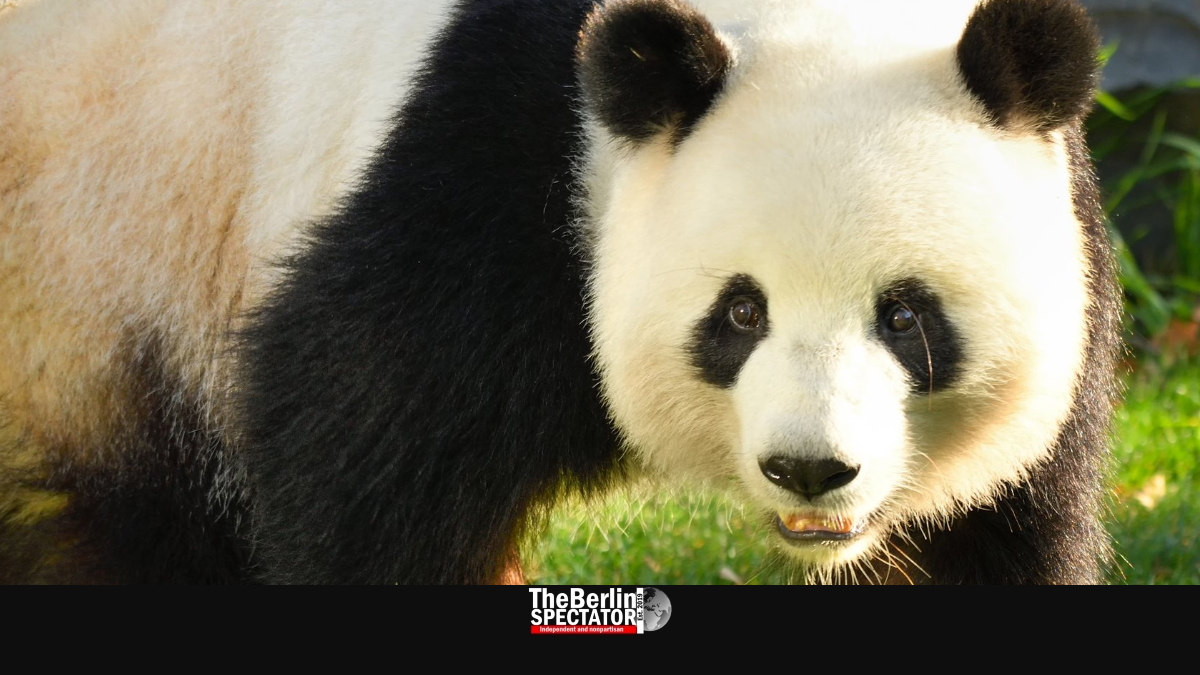 Silly seasons are not what they used to be. Besides, this summer’s filler news item was late. Would you want your ultrasound in the newspaper? Really? O.k., but would you want the Governing Mayor to comment on it?

Ready? Here we go. In April, copulating pandas at Zoo Berlin made people happy, as if they had done it themselves. Yes, Jiao Qing ‘did’ Meng Meng. They achieved penetration. They had intercourse. Yes, they f***ed their brains out. And they did a pretty good job, as we know today.

Zoo Berlin, one of two zoos in Berlin, the former Western one, at this stage the only major zoo in the world without lions or tigers, spread the good news just now, after recording Meng Meng’s ultrasound. Yes, she is pregnant. The zoo is expecting her to give birth “very soon”. Awesome.

Once the ultrasound with the evidence was available, the Red City Hall actually called Governing Mayor Michael Müller today, who is in China right now. No, he did not go there to talk about copulation among pandas, but rather about mobility in cities, science, mobility and culture.

So Müller stopped whatever he was doing during this important visit and commented on Meng Meng’s pregnancy. “With a lot of joy, I got the great news in the pandas’ Chinese home.” He said the beating heart of the panda embryo on the ultrasound recording was a good sign. Müller stated Berlin was hoping for a “black and white happy end”. Indeed.

Guys, next time make sure the silly season filler gets here during the silly season and not afterwards. This is like serving the turkey on Federal Tax Day or the chocolate Easter bunny for Hanukkah. What has the world come to?