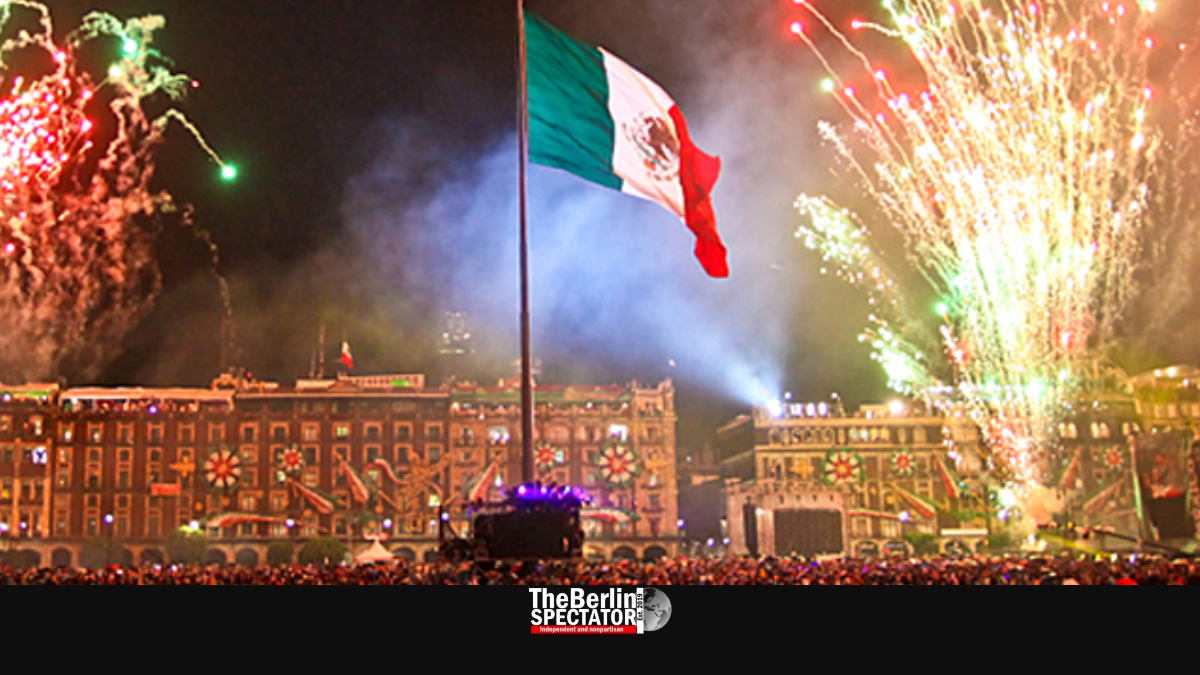 Berlin’s Mexican community and its Latin, German and other friends have something to celebrate in September. It’s ‘El Grito’. Self-evidently, la fiesta will not happen without tequila, Cumbia, mariachis, quesadillas, Tacos al Pastor y mucho más! Take our word for it.

Berlin has a large Mexican community. There are supposedly some 3000 Mexicans in the German capital. Of course they are connected to other Latinos, Spaniards and Germans. This means the wider Mexican circle, including all friends, is huge.

Not only does this community like Mexican food, which is being offered by restaurants such as ‘Ta’Cabron’ in Berlin’s Kreuzberg borough or in two Mexican food stores, but these people want to celebrate and dance to Mexican music as well. And they do like consuming Mexican fluids including Tequila and beer.

A good opportunity for all of the above is coming up in September, when Mexicans in their native country, but also all over the world, including Berlin, celebrate ‘El Grito’. ¡Si, paisanos!¡Vamos allá!¡Viva México! The Berlin version of the big party will take place on September 14th and 15th at Osthafen.

‘El grito’ in Spanish stands for “the shout”. Historically, this is about ‘El Grito de Dolores’ or ‘The Shout of Dolores’ by priest Miguel Hidalgo in the town of Dolores, in 1810, which marked the beginning of Mexico’s War of Independence. The country’s independence from Spain was achieved in 1821, and its national holiday is September 16th.

Get the Sombreros Ready

That’s the past. In comparison, the present seems a lot less dramatic, but a lot more fun. This definitely applies to most ‘El Grito’ celebrations all over the globe, and sure as hell to the one in Berlin. ¡Hay que celebrar, amigos! Get the sombreros ready! Alarm!

Nobody will stay sober at the Berlin version of ‘El Grito’. The organizers made sure absolutely everything will be available, including Mezcal and Pulque. Mariachis will do their thing, Cumbia will be heard, and there will be Karaoke, in Spanish of course. They will probably interpret Los Angeles Azules from Iztapalapa and other Mexican stars, verdad?

But it’s not all about singing and drinking like crazy. A Mexican handcrafts market is included in the event. Also original piñatas will be crushed and fireworks will illuminate the evening sky over Berlin. How poetic.

¡Hay que despertarse temprano! Getting up, taking a shower and getting dressed before noon is recommended on Saturday, September 14th, because the whole thing is scheduled to commence at 12:00 noon. An Aztec ceremony is part of the program. So are many bands including the ‘Kollektiv Sonidero’, ‘Los Boleros’ and ‘Los Candelosos’.

On Saturday, the party continues at ‘La Cantina’ bar in Berlin’s Grünbergerstraße 10 at 9:30 p.m.. And on Sunday, ‘El Grito’ will feature ‘Tonalito’, ‘Los Mariachis El Dorado’, Rocio Ocho and many others. ¡Nos vemos allá!¡Viva México!

Osthafen is located at Alt-Stralau 1-2, across the Spree river from Alt-Treptow. Admission is 5 Euro per person, according to one of the organizers. Children under the age of 9 get in for free.