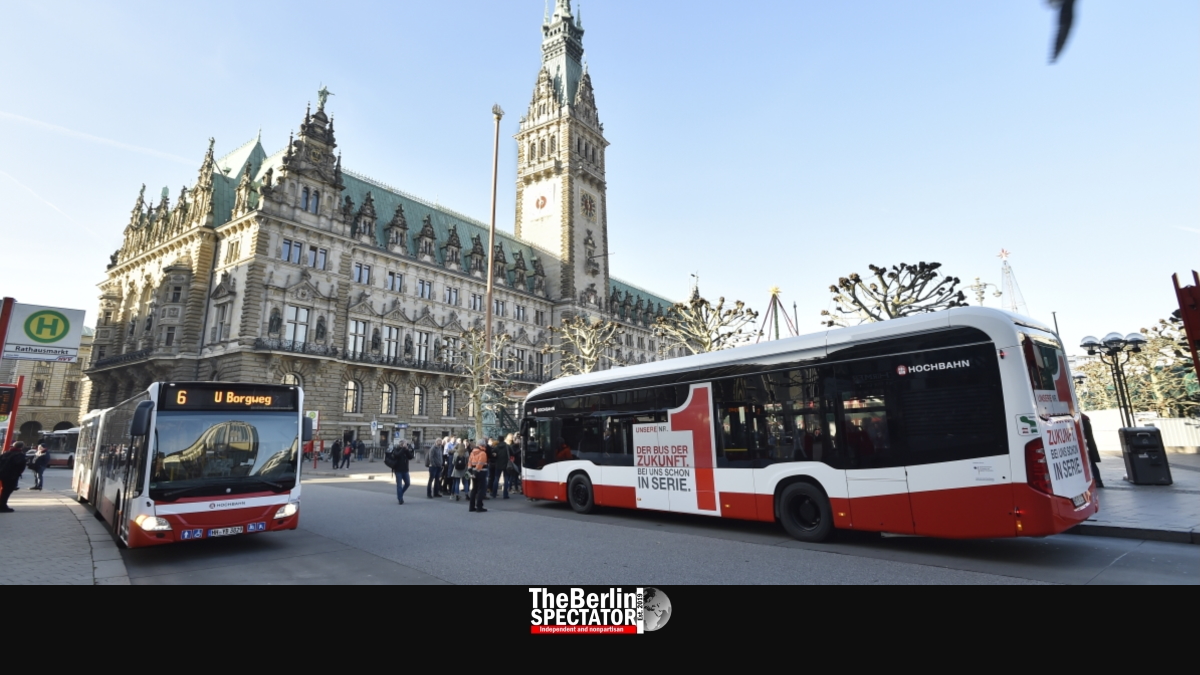 In Hamburg, the public transport provider HVV announced it will buy as many as 530 emission-free buses within the next six years. Since the price tag will be rather high Berlin will have to help.

The HVV, a network of public transport providers in and around the northern German port city of Hamburg, intends to buy 530 electric buses until 2025. According to a statement, the Europe-wide tender was just started. Several companies are expected to hand in offers.

A green fleet of buses is what Hamburg wants, and it might have the cleanest of them all rather soon. In 2021 and 2022 alone, the HVV wants to put more than 100 electric buses into service. Those will include so-called articulated kneeling buses which are up to 18 meters long.

From 2022, the Hamburgers intend to run 160 electric buses. Starting next year, no more Diesel buses will be ordered. The latter have polluted Hamburg’s air since after WWII. Until the end of the next decade, meaning the late 2020s, no Diesel buses are supposed to be left. At this stage, the HVV owns 1000 buses.

Even if the Hamburger Hochbahn AG and its HVV partners get attractive bulk discounts, the bill for 530 buses will likely amount to around 26 billion Euro (29 billion Dollars or 24 billion Pounds). The city state of Hamburg will probably have to help. Additionally, the HVV will apply for support at the federal state, meaning in Berlin.

In the tender, the HVV listed technical specifications for those hundreds of vehicles. The network knows what it wants: Getting rid of the main disadvantage of electric buses, low ranges, is a main priority.

The electric buses already in service have a range of only 150 kilometers (93 miles), not counting any additional battery charges along the way. The new order demands at least 200 kilometers (124 miles) for regular e-buses. Even that kind of distance is not nearly enough. More buses will have to be in service if all lines are supposed to be covered at the same frequency as today.

It is all about technology. The HVV is hoping for offers which include something called ‘opportunity charging’. This means buses equipped accordingly can be charged both at their final stops and at their depots.

In addition they want to play with so-called Range Extenders based on fuel cells and hydrogen more than they are already doing. Today, two buses with that kind of technology are being tested on the streets of Hamburg.

In order to run its fleet as green as possible, the HVV wants to achieve a high level of sustainability. This includes the use of green energy for all of its fleets, including S-Bahn, U-Bahn and A-Bahn trains and buses.

Regarding the e-bus tender, the Hamburgers can expect offers from the usual suspects, including Mercedes-Benz and the Polish manufacturer Solaris. Whether Turkey’s BMC has a shot here was unclear, because of the nature of this European tender. The Chinese bus makers, which do sell e-buses in Eastern Europe, can forget about this business in Hamburg.