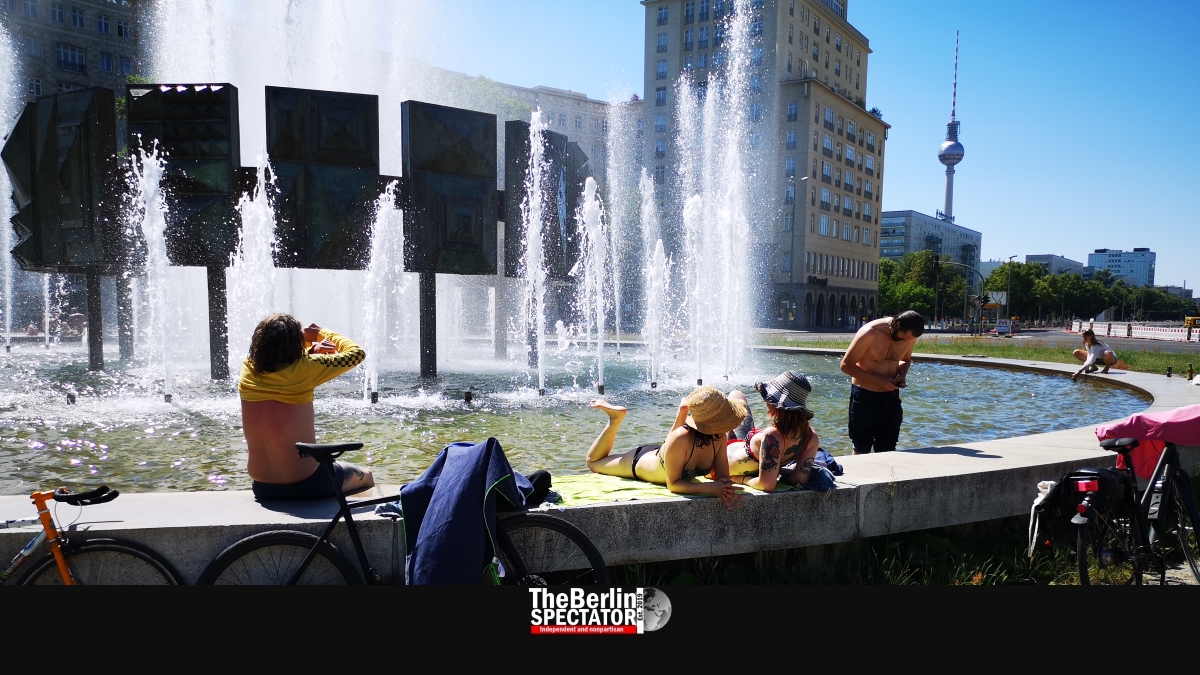 The summer of 2019 brought record temperatures to Germany and other parts of Europe. Scientists believe it was a symptom of the man-made climate change. On September 2nd, 2019, a substantial drop in temperatures will end this extremely hot season.

The only exceptions: Frankfurt, other parts of the Hesse province and northern Baden-Wuerttemberg will still be warm, if the forecasters are right. Even though those regions are located in western Germany they will experience temperatures of around 25 degrees C (77 degrees F).

Then, starting on Monday, all of Germany will feel the fall, at around 20 degrees C (68 degrees F). This drop in temperatures comes exactly on time. To meteorologists, the fall generally starts on September 1st. Calendars, on the other hand, mark the beginning of fall on September 21st.

Experts are not ruling out an Indian summer later on, but for now it looks like the next two weeks will definitely be cool in Germany. To many residents, the temperature drop is a relief. The nation which hardly uses A/Cs was overwhelmed by the excessive heat of the past two to three months.

The Balance of this Summer

Then, on July 25th, things became even worse, when the hottest day of all time literally fried Germany. Several temperature records were hit. Bonn experienced 40.6 degrees C (105.1 degrees F), the town of Lingen even 42.6 degrees C (108.7 degrees F). Frankfurt and Cologne were extremely hot that day as well.

According to the DWD, the entire summer of 2019 brought excessive heat and a big rain deficit. In some areas, thunderstorms lead to torrential rains and the fall of hail. But all in all, there was not nearly enough rain in Germany. The DWD relies on 2000 measuring stations all over the country.

With an average temperature of 19.2 degrees C (66.5 degrees F), this was the third-hottest summer since the year Germany started to archive weather data, which was 1881. The extreme heatwave from July 24th to 26th played a big role in making the summer 2019 so hot. At 14 measuring stations, record temperatures were registered.

The lowest temperature during this summer was measured on July 4th in Deutschneudorf, located in the Erz Mountains. Residents there experienced 1.5 degrees C (34.7 degrees F) that day.

Most regions in Germany were far too dry this summer, the DWD says. The average rainfall brought 175 liters per square meter, while the normal value is 239 liters. As a result the ground humidity suffered, especially in North-Rhine Westphalia, Lower Saxony, Mecklenburg-Hither Pomerania, Brandenburg, Saxony-Anhalt, Saxony and Thuringia. The crop harvest and the forests all over Germany suffered.

To many scientists in the field of meteorology and related subjects, the extreme heatwaves of this summer are symptoms of climate change which humans have triggered with their air pollution. For several decades, the danger was largely ignored. Now humanity increasingly lives with the consequences, many believe.