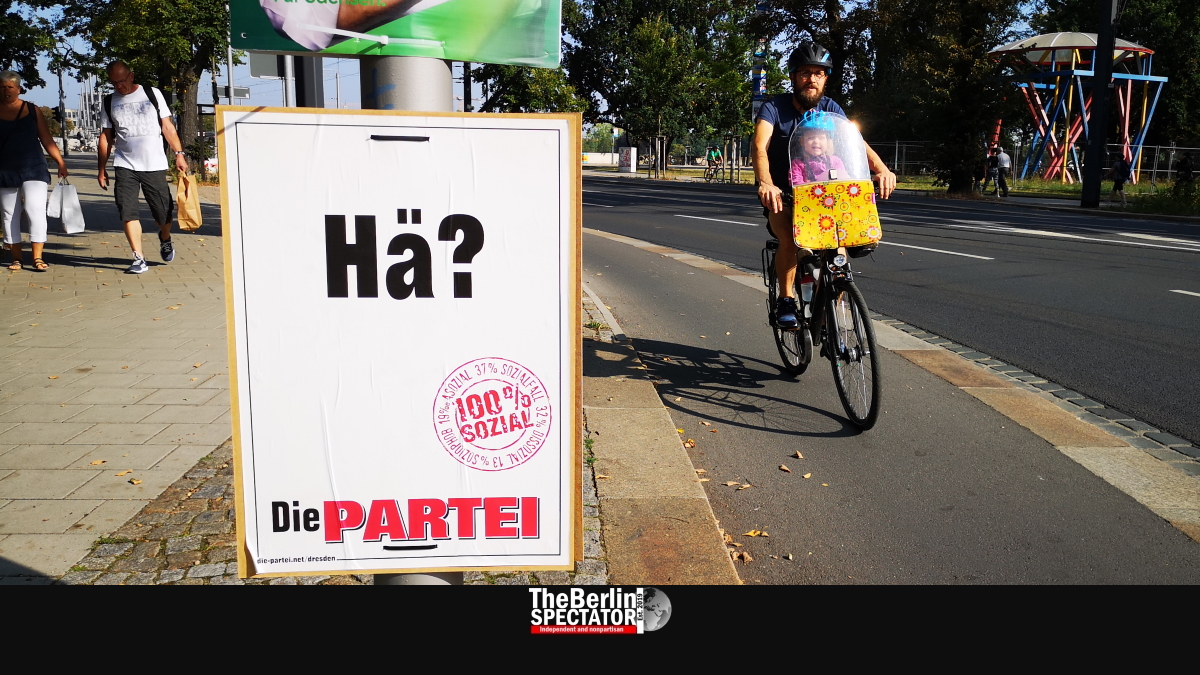 Two million Brandenburgers and well over three million Saxons decided about the composite of their federal state parliaments today. The extremist radical-right AfD got good results, but came in second, in both cases.

In Brandenburg, the ruling Social Democrats (SPD) won their state legislature election today, while the AfD became the second-strongest party. The race was tight. According to a first projection, the SPD got 26.5 percent of the vote, while the AfD reached 24.5 percent. But even if the radical-right party had won, Dietmar Woidke of the SPD would likely have remained in office, with a new coalition.

Comparable Situation in the Two States

The CDU in Brandenburg got 15.5 percent, the Greens 10, ‘The Left’ 10.5 and the liberal FDP 4.5 percent. This means the FDP will not be part of the ‘Landtag’ in Potsdam, unless the outcome improves while the ballots are being counted. Also the result means Woidke will need a new government coalition in order to have enough seats. His ‘red-red’ model, meaning his cooperation with ‘The Left’ will not have a majority anymore.

Saxony voted today as well. In this case, the conservative CDU of Governor Michael Kretschmer won with 33.5 percent, followed by the extremist AfD which got 27.5 of the vote. The first prognosis of the evening gave the Greens 8, ‘The Left’ 10.5, the SPD 8 and the FDP 4.5 percent, meaning this party will probably not make it into the Saxon state legislature either.

In Saxony’s capital Dresden, the situation is comparable to the one in Potsdam, in the sense that Kretschmer will need a new coalition, just like Woidke. Because of the extremely weak performance of the SPD, a ‘black-red’ coalition is not an option anymore. Kretschmer will likely need a 3-party alliance in order to keep his post.

Beforehand, all democratic parties had ruled out any coalition with the AfD. Many of its critics accuse the right-wing extremists of spreading Nazi ideology while trying to pretend they were moderate. ‘Germany’s Wolf in Sheep’s Clothes‘ (read separate article) was already part of the Berlin Bundestag and all 16 state legislatures before this election day. Compared to the last state legislature elections, they won big in Brandenburg and Saxony.

Some believe, her party’s results might show whether she can gather enough support to become Chancellor of the Federal Republic of Germany in a post-Merkel era. Recently, Kramp-Karrenbauer has felt opposition even in her own party.

At least one very unconventional player was part of the contest in Saxony. The satiric party ‘Die Partei’ plastered Dresden with posters saying “Hä?”. The translation would be something like “What?”.

Observers say the election campaigns in both Brandenburg and Saxony had not really been about conventional political subjects such as the economy, also because most residents say their economical situation was good. It was more about migration, even though there are few migrants in Brandenburg and Saxony, and the wide-spread notion according to which eastern Germans are “second class citizens”.

In Potsdam, Governor Woidke seemed relieved when he stood in front of his Social Democratic party colleagues. He thanked everyone, saying he was happy about the SPD’s result, but also worried about the strong outcome for the AfD. “We have a lot of work to do”, he stated.

Further south, in Dresden, Woidkes colleague Kretschmer said Saxony was a “friendly state” and it had won. The result of the elections was a “positive sign”. Because of the big advance the CDU got, compared to the AfD, this was “a truly good day for this country”.