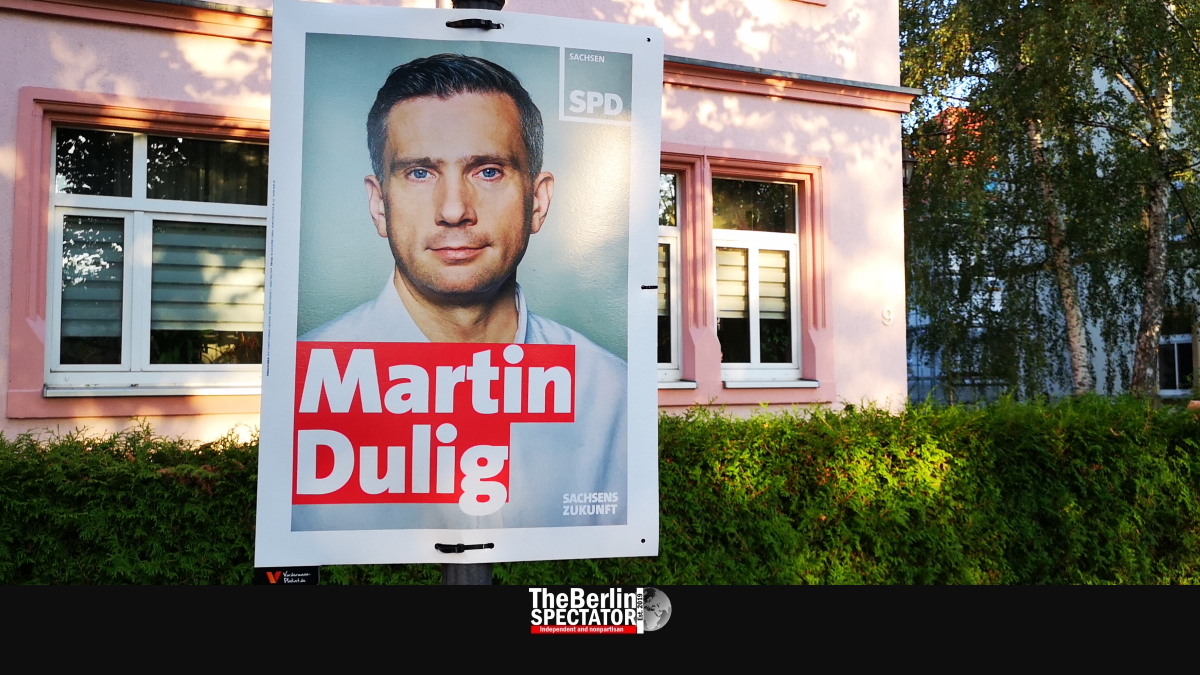 More than five million Germans, two million in Brandenburg province and 3.3 million in Saxony, are eligible to vote today. In both cases, the voters are deciding which parties and candidates enter their state parliaments. In the two federal states the extremist party AfD will definitely be very strong. It might even win in one of them.

In Brandenburg, the SPD under Governor Dietmar Woidke reached 22 percent in the latest polls mentioned in German-language media, while the AfD got 21 percent. The conservative CDU and the Green are relatively weak with 16.5 and 14.5 percent, respectively. Whether the liberal FDP will pass the 5-percent hurdle and enter the ‘Landtag’ is unclear. A direct mandate might help them.

A day before the election, Woidke said his party knew the race might be tight. He blasted the AfD’s main candidate Andreas Kalbitz saying he had always been a right-wing extremist and was “stuck deep in the brown swamp”.

That claim was supported by the fact that Kalbitz recently wrote for extremist publications. Until 2015, he reportedly headed a radical organization founded by a former ‘SS-Hauptsturmführer’. He was a big shot in the NPD, Germany’s modern day Nazi party. In 2007, Kalbitz took part in a camp organized by the neo Nazi organization ‘Heimattreue Deutsche Jugend’. The group was banned two years later.

According to the ‘Spiegel’ news magazine, Kalbitz also took part in a Nazi rally in Athens that year with like-minded individuals, including prominent ones. The report says they put up a flag with a Swastika on the balcony of their hotel.

The AfD’s main candidate in Saxony, Jörg Urban, is just as extreme, according to his many critics. He is known for anti-migration quotes considered to be racist. “With the help of reasonably thinking people we will overturn this regime as well”, he has said. By “regime” he meant the democratically elected government in Berlin.

In Dresden (read separate article, with video, entitled Dresden: Too Good to be Real), the overall situation has to be improved in the sense that the CDU has made some headway. The latest polls give the conservatives 32 percent versus 24 percent for the AfD. Since the CDU’s junior partner SPD can expect only 8.5 percent, Governor Michael Kretschmer’s will likely need a new coalition government.

Since the Third Reich, far-right extremists in Germany have not been as strong as they will probably turn out to be today, except in the last federal and European elections, in which Saxony’s AfD won. Politicians from several parties have warned that even AfD members considered moderate were actually dangerous extremists.

On Thursday, Bell Tower News reported about a speech the AfD’s chairman Alexander Gauland held that day. He talked about a “seizure of power” (“Machtergreifung”), which is usually being used in the context of Hitler taking over in 1933. Gauland used it last Thursday, when he talked about what his party was aiming for.

He also slammed “globalist kraken”. The latter is a code term for Jews who supposedly control the world in conspiracy theories spread by the original Nazis in the 1930s, and by neo Nazis today. (Read separate article ‘AfD’: Germany’s Wolf in Sheep’s Clothes).

In a television interview, Governor Kretschmer said the AfD should not be allowed to take responsibility for Saxony. “They are a party which slides into right-wing extremism more and more”, he stated. Kretschmer and the CDU’s leadership in Berlin have ruled out any coalition with the AfD.

At 6:00 p.m., the polling stations will close and first projections of the outcome will be published, for both federal states.