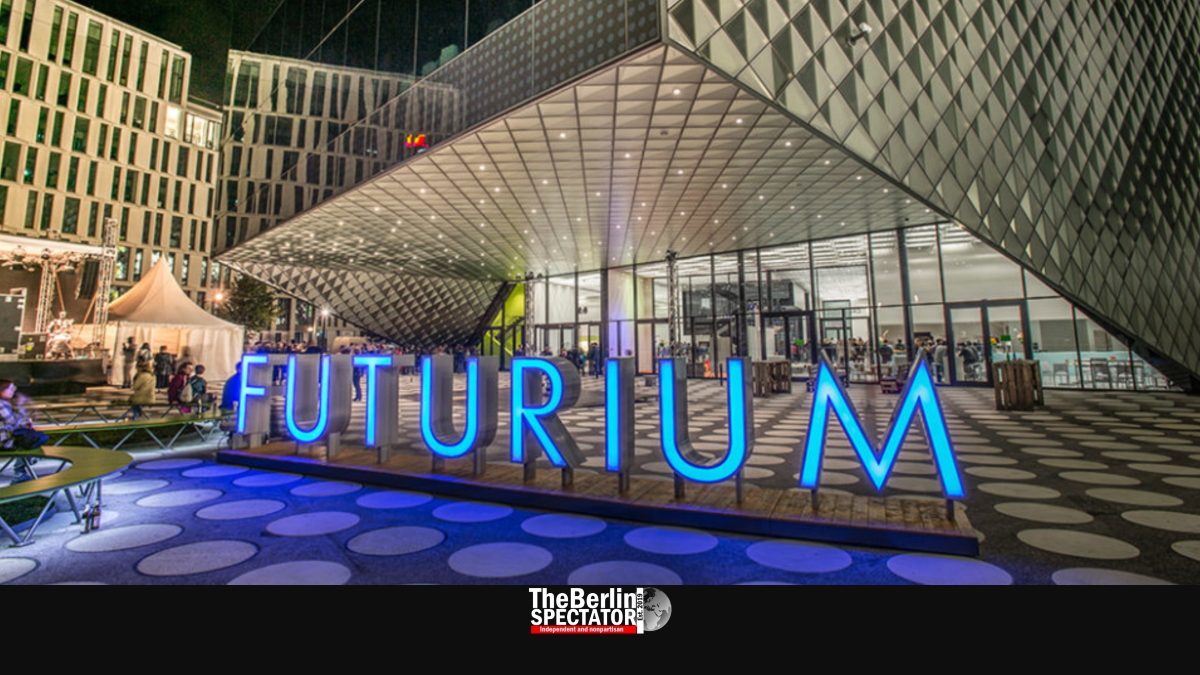 There is no time like the future. It might start tomorrow, if we don’t watch it. Or has it already commenced? How do we want to shape the future? How will it shape us? What do we predict? The new ‘Futurium’ in Berlin wants to deal with many questions of this kind.

In June 1949, George Orwell’s novel ‘Nineteen Eighty-Four’ was published, in which he predicted a surveillance state. Versions of that obscure vision actually exist. Others are being prepared right now, and in the communication age, all of us are being monitored. Today’s technical advances make Orwellian surveillance not only possible, but part of it is already happening.

In the Baltimore Evening Sun, H.L. Mencken predicted in 1920, that the White House would be occupied by a “downright fool and a complete narcissistic moron” one day. The answer to the question whether this one already became reality, might be a matter of opinion.

In Berlin, the ‘Futurium’ is scheduled to open on Thursday. By his own account, its director Stephan Brandt and his colleagues are on something like a mission impossible, which is “to deal with something which is not there yet”. He says the ‘Futurium’ wanted to encourage people to participate in shaping the future.

The fact that the museum’s building, the construction of which commenced four years ago, looks rather futuristic from today’s perspective, is hardly surprising. Why would a museum about the future look like a medieval castle or the Akropolis?

No Exhibit of the Future

“We do not exhibit the future”, director Brandt says. “Nobody could do anything of the kind, since nobody knows which of the many different ideas or visions of the future will actually be part of our future.” Instead of just taking a guess, the ‘Futurium’ wants to show options or different approaches to the future, based on communication with experts.

In Europe, the ‘Futurium’ will be one of two museums about the future once it opens on September 5th, 2019. ‘The Future Museum’ in the Romanian capital Bucharest was opened in early 2016 and wants to be “an open platform with a belief in unexplored concepts, uncharted intentions, unknown phenomena, undiscovered schemes and unprecedented theories. It is the new altar of the future.” So is the ‘Futurium’.

Dubai is about to inaugurate “The Museum of the Future”. In Tokyo, the ‘National Museum of Emerging Science & Innovation’ (‘Miraikan’) has a similar mission. So does the “Museu do Amanhã” in the most beautiful city on Earth, namely Rio de Janeiro. But these places are different in many ways.

The Future in Sections

At the ‘Futurium’ in Berlin, visitors will be able to explore three main sections. Those are ‘Nature’, ‘Human’ and ‘Technology’. On top of that, there is a ‘Forum’ in which questions related to the future can and will be discussed, as well as the ‘Futurium Lab’ created for visitors who want to work on their own visions of the future or test new technology.

Afterwards, the ‘Futurium’ will be yet another entry on the long list of interesting sightseeing spots in Berlin, with it’s 3.7 million residents and 13.5 million tourists per year.

The English version of the official ‘Futurium’ website can be accessed here.