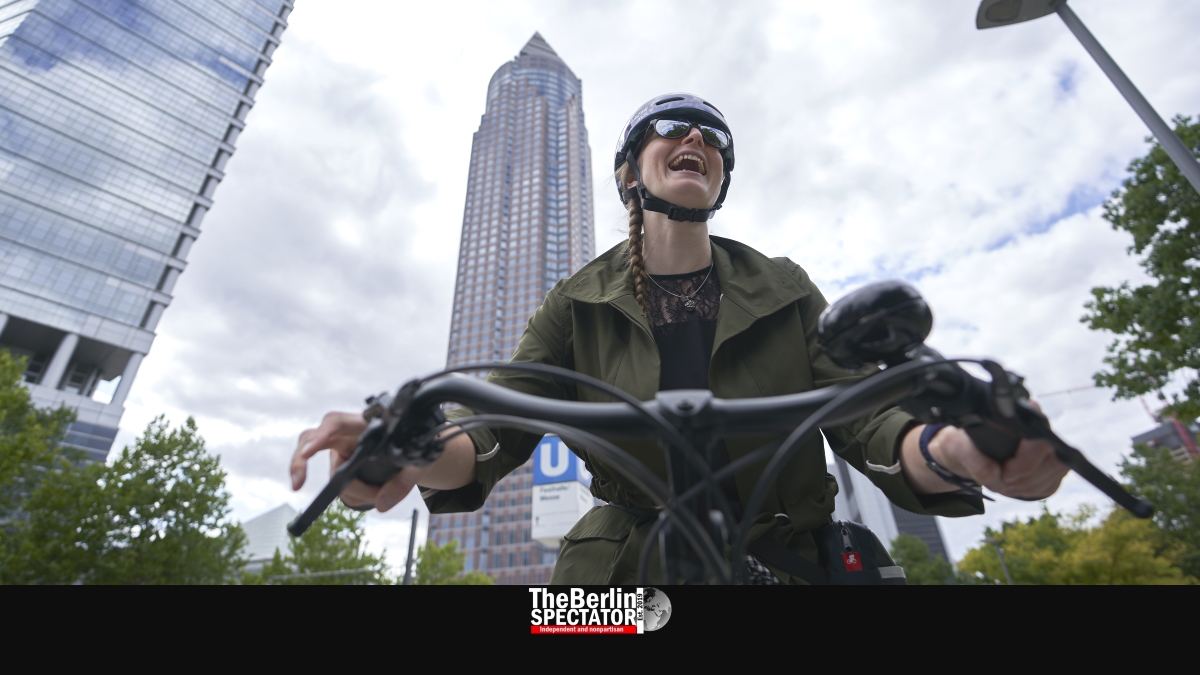 Due to the climate change and because German municipalities are finally giving bicyclists more room and safety, the bicycle business is strong. In Friedrichshafen, Eurobike, the largest bicycle trade fair on the planet, is opening its gates on Wednesday.

The southernmost spot in Germany is a beautiful area. In the area of Friedrichshafen, the countryside is picturesque, to say the least. Lake Constance and the two rivers Rotach and Schussen, which issue into the lake, are perfect photo objects and they motivate people to try water sports.

On the slightly mountainous roads around the town of 61,000 inhabitants, especially the smaller ones, bicyclists are on their way every day. Some go to Austria or Switzerland, two neighboring countries located just around the corner, on the other side of the lake.

Friedrichshafen’s industrial part located in the neighborhood of the tiny airport is the scene of the Eurobike trade fair, which starts on Wednesday, September 4th, 2019. It is already the 28th edition. The events attract both members of the bicycle industry and consumers. This time around, more than 1400 exhibitors will be at Eurobike, and 70,000 to 80,000 visitors are being expected down there at the lake.

Eurobike has countless segments. One is something called ‘Bike Biz Revolution’, which is actually a conference for important players in the industry and those who want to be. They will discuss the latest developments. This side event is supposed to create synergies and connect the bicycle industry with innovators and digitization experts.

Consumers who find their way to Eurobike will be able to watch masters do their thing in the performance area. Here, they can experience so-called dirt jumps in the mud or the ‘Drop and Roll Tour’ on pavement, during which true artists show their coolest jumps and tricks.

No, Eurobike has not forgotten its customers of tomorrow. They can invade the Kids’ Area. While the tiniest kids can try walking bikes, older ones may work on their bicycling and safety skills or become creative in a bike workshop.

Private visitors can only visit the trade fair on Festival Day, which is Saturday, September 7th. Apart from the attractions above, they can check out the exhibition and follow the program the organizers put together.

Eurobike will have it all, including bicycles, e-bikes, mountain bikes, BMX bikes, transport bikes, racing bikes and e-scooters, but also accessories of all kinds, including helmets, bicycle trailers for kids and freight, parts, baskets, the right clothing, tire pumps and more. They have a bicycle tourism segment at this fair too.

There are not many important bicycle trade fairs in the world, but basically three only. One is Eurobike. The other two, namely Interbike in Las Vegas and the Taipei Cycle Show in Taiwan are hard to reach. In Germany, there is a comparable event though: Velo Berlin calls itself a ‘bike festival’, but it is actually a trade fair too, which takes place in May at Tempelhof Airport in the German capital.

One thing is certain: The bicycle is becoming more important than it already was. As gasoline prices rise and air pollution finally became a subject discussed by everyone, the bike has become the perfect means of transport. Big cities like Berlin and Hamburg already assign entire streets to bikes. They widen bike lanes and make them safer.

Eurobike will take place from September 4th to 7th, 2019, from 9:00 a.m. to 6 p.m.. Its website is accessible here. Tickets are available from 13 Euro, for a single adult, to 35 Euro for an entire family and access to all areas.