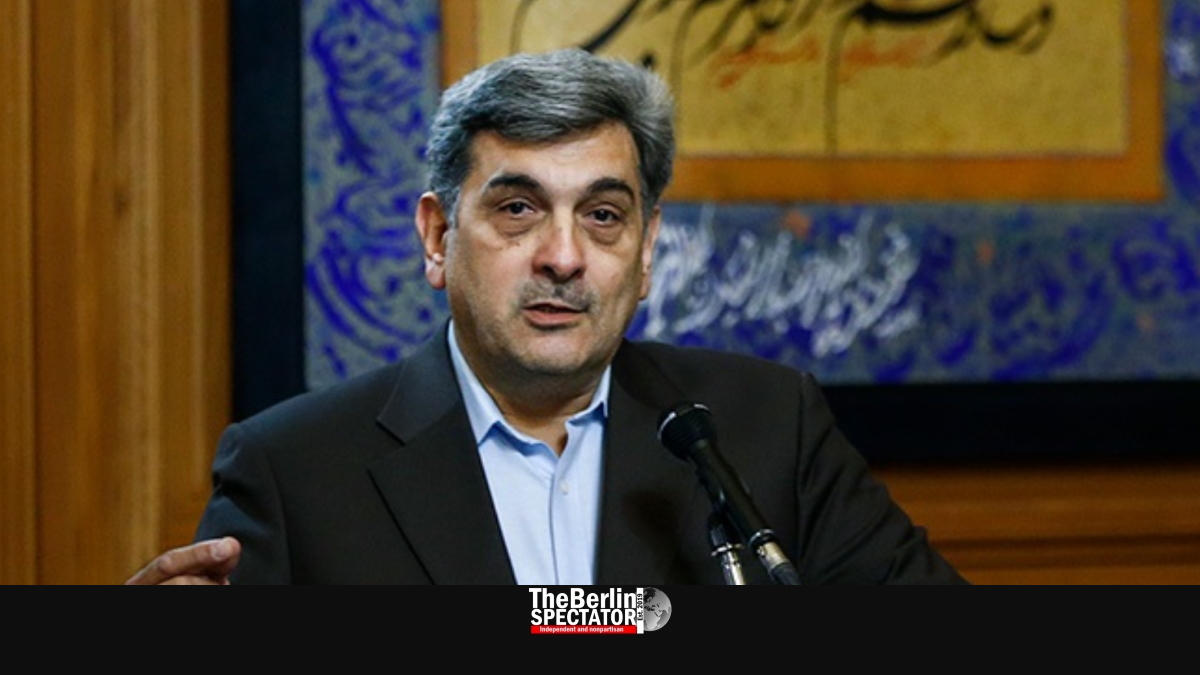 On Friday, Berlin’s Governing Mayor Michael Müller will welcome his colleague from Teheran, Pirouz Hanachi. The visit is being criticized from different directions, and rightly so. Why would Berlin pay court to a sponsor of terror and an oppressor?

Six days ago, Germany’s Chancellor Angela Merkel and President Frank-Walter Steinmeier welcomed a sponsor of terror in Berlin: Mahmoud Abbas, also known as Abu Mazen. This invitation was yet another mistake the federal government made in the Middle Eastern context. That way, Berlin supports tyranny, oppression and terror against Israel.

These are only some of the problems with Mahmoud Abbas:

During Abbas’ visit last week, Chancellor Merkel told him she insisted on what is known as the two-state solution. But her guest has other priorities. Over the years, Abbas has had several opportunities to pursue a Palestinian state, but he rejects even the most self-evident requirements:

In 2018 alone, Germany paid 166 million Euro (182 million Dollars or 150 million Pounds Sterling) to the PA. The Berlin government says its money was not used for terror, since it was being paid for designated projects only. Whether parts of these funds end up in the wrong pockets or palaces, is unclear.

But an organization like the PA, which (openly) funds terrorism, is a terror organization. Under the PA or its friends from Hamas, the Palestinians will never live in peace and prosperity. The hatred, the brainwashing, the corruption and the terror, also inside the Palestinian areas, will continue as long as these characters have any say.

By welcoming Abbas, and by paying him, Merkel and Steinmeier are supporting the Palestinian regime. This is just as wrong as it is consistent with Germany’s failed Middle Eastern policy, even though the country says supporting Israel was raison d’état.

To the other case: The Governing Mayor of Berlin, Michael Müller, is a Social Democrat who has said the right things when it comes to fighting antisemitism or hatred in Berlin. Recently he contributed to making sure the convicted Palestinian terrorist Rasmea Odeh was not allowed to spread her propaganda in Berlin.

But hosting Pirouz Hanachi (see main photo above) is counterproductive. The guest from Iran was a member of the Revolutionary Guard (IRGC), a terror organization responsible for countless attacks abroad and attempted ones against Jewish facilities in Berlin. The IRGC also targets Iranians in exile who oppose the brutal Teheran regime.

As Mayor of Teheran, Hanachi is part of the evil Iranian regime today. Apart from sponsoring terror against Israel and in many countries, including even Germany, it oppresses its own people, especially the women, and brutally ends any protests.

The Berlin Senate told the German-language ‘Bild’ daily, Müller would use the opportunity to “underscore Israel’s right to exist, and to highlight Berlin’s special relations to Israel”. Sure, this is the least he should do, but at the end of the day it will not change anything. Except the visit will make the world believe it is o.k. to host sponsors of terror.

Criticism from the AJC

The Institute for German-Jewish Relations in Berlin, which is affiliated with the American Jewish Committee, blasted the invitation. At the notorious Evin jail in Teheran, Iranians who opposed the regime had been incarcerated and tortured since the 1979 Islamic Revolution, Remko Leemhuis, the organization’s Assistant Director for Policy and Public Affairs said.

Instead of Hanachi, those who were fighting for Human Rights and freedom in Iran should sign the guest book at Berlin’s Red City Hall, instead of those who murdered homosexuals and locked up emancipated women, Leemhuis stated. “We hope the Governing Mayor will make clear that Jewish life, the safety of Jews in Berlin, good relations to Israel and the adherence to the Human Rights were cornerstones of Germany’s policy.

Leemhuis and his organization were not the only ones who said they opposed the Teheran mayor’s visit.

The IGS and the University

While both of these visits are consistent with Germany’s Middle Eastern approach, which includes supporting Abbas, Hanachi and Hezbollah, a terror group financed by Hanachi’s regime, which Germany refuses to label as what it is, they are very wrong.

There are even more issues of this kind in Germany. Let’s mention just one of them here: Berlin’s Humboldt University intends to open an Institute for Islamic Theology in October. And who is part of its advisory board with decision power about appointments? It is the Islamic Community of Shiites in Germany (IGS), which is being headed by the Teheran regime.

It is not a surprise that the IGS glorifies terrorism and the Iranian theocracy. Iranian opposition members in exile and the CDU in the city state of Berlin already protested against this constellation. So did the Green activist Volker Beck. So far, neither Red City Hall nor the university have reacted.

This is an opinion piece by The Berlin Spectator’s Imanuel Marcus.