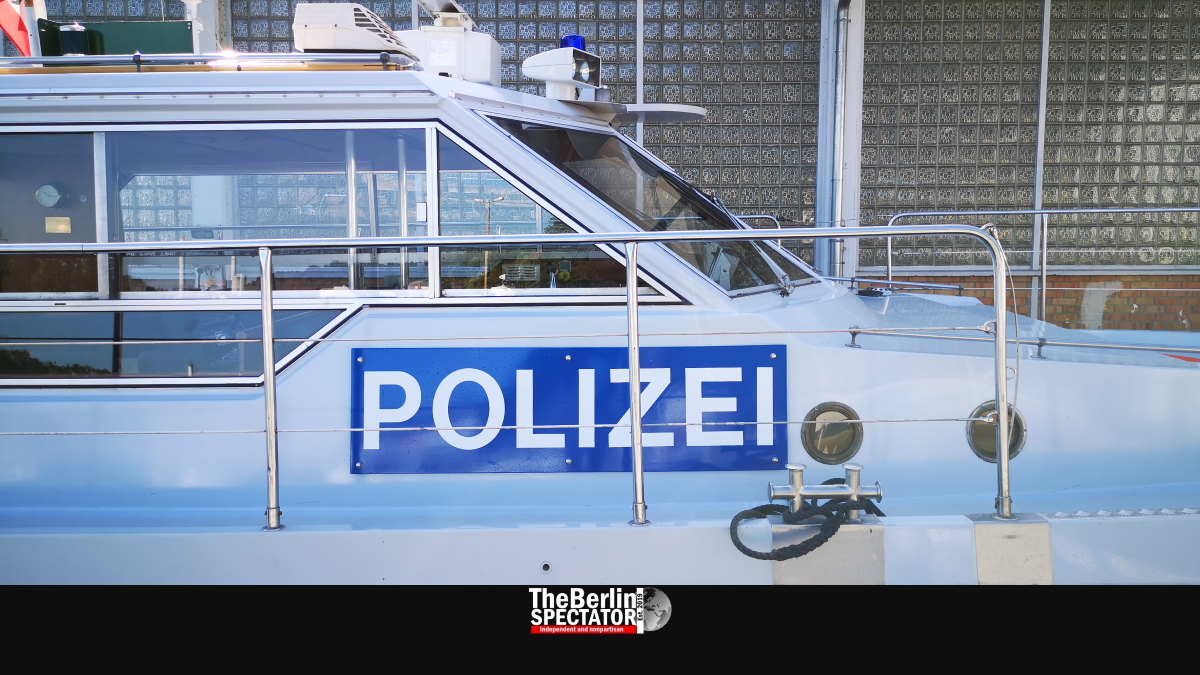 Berlin’s Police Department has many divisions. One of them is the German capital’s water police. Its 185 members have many miles of rivers and large lakes to take care of. From boat accidents to safety for guests of state, they do have a whole lot of responsibilities.

On some photographs taken in summer, Berlin water police officers look like they are taking a boating vacation, tanning their skin aboard fancy vessels on the Spree river. Only the beer cans, the grilled pork steaks and the bikinis seem to be missing. But nothing could be further from the truth.

René Behrendt has been with the Berlin police for 43 years. As head of the water police, he knows the work load his men and women need to cover, and he is a detail-oriented person. Six percent of the German city state of Berlin consist of water, and a lot is happening in it.

There are 200 kilometers (124 miles) of rivers and canals in Berlin. Behrendt and his people need to watch every inch, including the 96 bridges and seven floodgates Berlin has. The water police is everywhere, including on the Wannsee lake, the Spree river, the Landwehr Canal and the Müggelsee lake. On the outer edges of Berlin, they cooperate with their colleagues from Brandenburg.

Until 2008, Behrendt’s crew was split up into four departments. But for financial reasons they had to lose one of them. Today, they have the divisions ‘East’, ‘Mitte’ and ‘West’ plus the enforcement division. Eighteen police boats, some of them quite old, are in the water. But the water police officers know how to drive cars too. In some cases driving is faster.

Trash in the River

There is even a helicopter division within the water police. Its chief technician is happy his colleagues are sharing their helicopters with the German Federal Police. That way he does not need to deal with rotors and other complicated items, since the feds are responsible here.

On the other hand, officers involved in the helicopter division believe they should have their own aircraft, also because they do not want to depend on the Federal Police. The way things are organized, it takes too much time to get a helicopter when it is needed.

For the cops on the water, the list of responsibilities is long. They need to deal with environmental pollution in the water and trash on the riverbanks or the lakeside all the time. Boat accidents are another area they are responsible for. Things can be crazy on the Spree river, almost like ashore.

This applies to theft too. While crooks steal luxury cars on the streets of Berlin, in order to ‘export’ them to neighboring Poland within an hour or two, they take boat engines from the water. Those can be worth 50,000 Euro (55,000 Dollars or 44,800 Pounds Sterling), just like a mid-sized BMW.

René Behrend’s large crew has civilian boats they can use to observe areas in which they expect boat engine theft, but sometimes they need to react quickly in order to catch thieves. This is a challenge also because trips to a crime scene, or the scene of a boat accident, can take up to two hours depending on the location of the next police boat.

In cold winters, the Berlin water cops deal with the ice, on top of everything else. They try to make sure nobody steps on the ice on Berlin’s rivers and lakes while it is not thick enough. And they visit primary schools in order to teach 7-year-olds about the dangers. For this prevention task, they use stories entitled ‘Bobby Bear & Hansi Rabbit’.

Smoke on the Water

There is even more: The Berlin water police fights fires, for instance on boats, in cooperation with the fire brigade. Since there are no ‘water fire men’, they follow the ‘rendez-vous principle’. What this means is that they meet fire fighters at the riverbanks and take them to burning objects by police boat. Several of the latter are equipped with fire extinguishing systems. On the Wannsee lake or on the Spree river, at least they will never run out of water.

But it does not end there. Berlin is the capital of the Federal Republic of Germany. And safety is important. This applies when the Bundestag is in session. On those days, the water police blocks part of the river. Things get even more complicated when the federal government welcomes guests of state.

There are certain politicians who are on hazard level 1. Turkey’s President Recep Tayyip Erdoğan is one of them. So are Benjamin Netanyahu, the Israeli Prime Minister, and U.S. President Donald J. Trump. When one of them shows up at the Chancellery, Behrendt and his women and men will be busy guarding and blocking all waters close to the government district.

Protest Rallies on the Water

On easier days, the water police also gives out speeding tickets. The maximum speed on all Berlin rivers and lakes it 25 km/h (15 mph). Individuals who race across the waters with exaggerated speeds will be stopped and fined.

And, yes, there is even more work. Protests on the water are very fashionable these days. Radical left-wingers and others use this opportunity more and more. The water cops make sure the usual boat traffic can pass during those events. And they provide safety. So far, protests on the water have not turned violent. The Berlin Police Department hopes things will stay that way.

There is one single thing Berlin’s officers on the water don’t do, which is diving. Others within the large police force do so, in order to find bodies or items dumped in the river. The other day those police divers were looking for the body of a man who was attacked with a knife and then disappeared, in the Landwehr Canal.

New Boat on the Way

Applicants who want to join the water police in Berlin will have to become regular cops first and be good at the job. Once everyone knows they are conscientious and hard working, they can apply. But this job is not for everyone. Water police officers often have shifts of up to 11 hours. And even shorter days are very demanding.

Police work costs money. The entire Berlin police swallows 1.5 billion Euro (1.66 Dollars or 1.34 Pounds) per year, not counting too many extras. Part of the bill is being paid by the Federal Republic of Germany because of all the work Berlin cops are doing due to Berlin’s status as the capital.

In spite of the fact that the Berlin water police is doing a good and important job, it is not easy for them to get the equipment they need. Some of their boats are half a century old. Finally, after years of negotiating, one new police boat will be delivered in October. Its price tag: 870,000 Euro (961,000 Dollars or 780,000 Pounds).

One new phenomenon has been keeping the water cops busy during the hot summer of 2019. This is about those boats which look like bagels. They are usually filled with drunk passengers. Drinking and eating on the water is what those weird boats are made for. The problem is that the person who steers the swimming bagel needs to be sober like a gopher.

The same applies to the men and women at the Berlin water police. And they need to be fit, since they are being confronted with wind and weather all the time. Getting wet is part of the job.

Note: There is a German version of this article. Find it here.

Berlin: How a Sad Story Became a Scandal