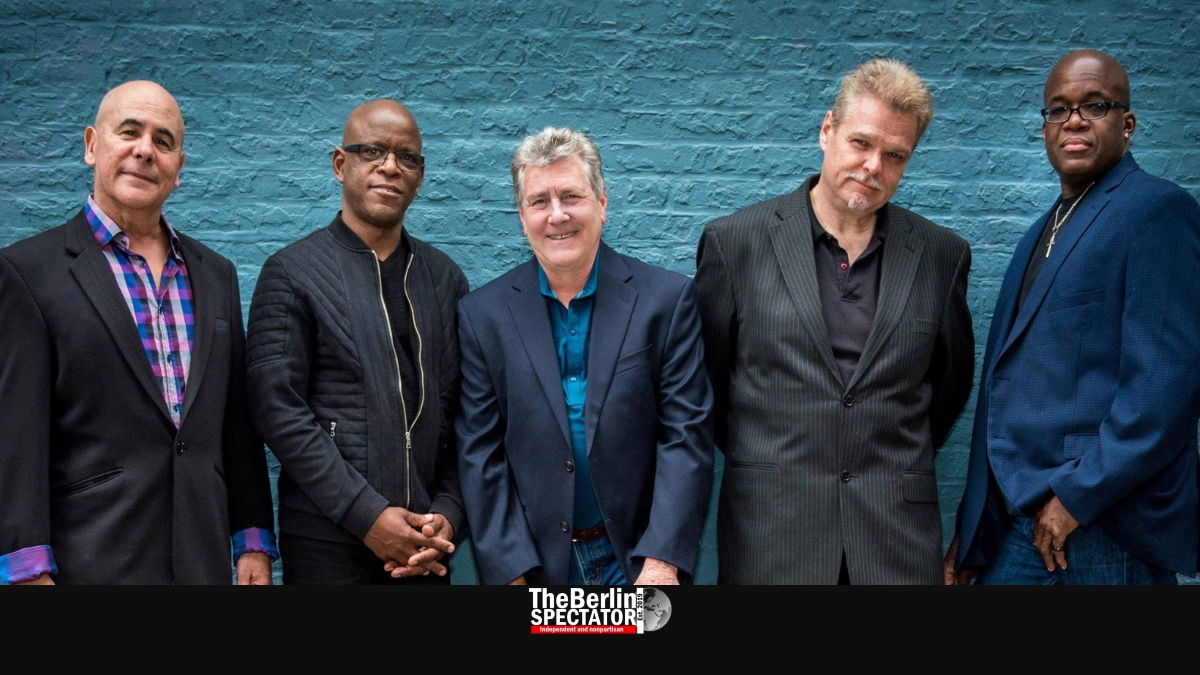 The Contemporary Jazz, Fusion, Jazz-Funk and World Music act Spyro Gyra is scheduled to make appearances in Europe, Israel and Bahrain this fall. Their tour will take them to Berlin, London, Tel Aviv and many other cities.

Founded in 1974, Spyro Gyra was a house band at a Buffalo, NY, Jazz club at first. Within a few years, saxophonist Jay Beckenstein and pianist Tom Schuman turned the group into a very successful life project. It did not take long until a big fan base developed around the world. This was not a coincidence.

In the second half of the 1970s, Weather Report, George Duke, Stanley Clarke, Herbie Hancock, John McLaughlin and, in a different way, bands like Santana or Earth, Wind & Fire came up with high quality music which included several genres from Jazz to Rock and Funk, some with a clear African or Latin American influence.

Spyro Gyra did so too, but their approach was unique. They were smooth, but not the way the Americans use that word today. In the case of this band, that word definitely describes Jay Beckenstein’s saxophone playing style. Also their brilliant compositions contained so many details, a lot of energy and know-how.

Spyro Gyra’s pieces have always been convincing and ‘real’ in the sense that they never had to distract anyone from anything with exaggerated beats. Nor do they scare people away with crazy 30-minute guitar solos or squeaky sax sounds resembling burglary alarm systems.

Spyro Gyra’s sounds breathe. They include all of those influences and killer arrangements in an inventive blend of music, and their very own style is recognizable until today. Few have even come close to their musical quality level in the 45 years they have been active.

Spyro Gyra’s music is audible throughout. In spite of all ingredients and details which make it so special it does not overburden the listener. In other words: Their sounds are not just for overly intellectual Jazz listeners with shelves full of Miles Davis and John Coltrane records, but also people “like you and me” with an ear for excellent music. This applies to both their recordings and their concerts.

There is a lot more. Spyro Gyra got as many as 12 Grammy award nominations and the ‘George Benson Lifetime Achievement Award’. Also they have achieved something hardly anyone else has, which is hitting the Pop charts with two instrumental tunes. In this regard, they are in line with Ramsey Lewis, Herb Alpert and Barry White’s Love Unlimited.

Spyro Gyra’s instrumental hits are ‘Shaker Song’ and ‘Morning Dance’, compositions by Jay Beckenstein. ‘Shaker Song’ was later interpreted by The Manhattan Transfer, who successfully converted the piece into a good Vocal Jazz track. ‘Morning Dance’ is still the tune absolutely all Spyro Gyra fans can name. Everyone else above the age of 40 has heard the piece.

But so many of their less famous tracks deliver even more fascination. In the early days, their 1979 album ‘Morning Dance’ contained the most brilliant Contemporary Jazz tunes ever. ‘It Doesn’t Matter’ is an excellent example for a killer Jazz piece which seems to be telling a story.

‘Starburst’ and ‘Heliopolis’ are two more brilliant compositions which just need to be mentioned in this context. All of these congenial pieces, plus more, are part of this album.

‘Carnaval’, released in 1980, is another album of theirs with several milestone tunes. Listing them all would triple the length of this article. But that recording delivered yet another overdose of very well sounding creativity. ‘Foxtrot’ and ‘Sweet and Savvy’ are just too good to be real. The thing is that this also applies to a lot of the other 30 studio albums they have recorded since 1977.

And they are diverse. Spyro Gyra has recorded sophisticated Jazz-Funk tunes (‘Freetime’ is a good example), a few songs which fit the ‘Adult-Oriented Rock’ genre (‘Fine Time to Explain’) and truckloads of Contemporary-Latin-Jazz-Fusion-World-Music tracks. Here is a ‘Real Music’ band which created basically its own genre.

Their personnel has changed over the years. But band leader Jay Beckenstein and Tom Schuman are founding members who have been running the project ever since. Genius guitarist Julio Fernandez has been with them for so long that even he is almost like an original member. The same applies to Scott Ambush, a truly gifted slap bass hero.

Recently, tragedy struck when a long-time contributor and former member, vibraphonist Dave Samuels, died. After leaving Spyro Gyra early on, in order to pursue his solo career, he joined them in the studio on a regular basis. His playing is still part of the band’s signature sound.

Fifteen years ago, the author of these lines booked a European tour for them. When they hit the stage at the ‘Fabrik’ in Hamburg or the ‘National Palace of Culture’ in Sofia, they spread fascination starting the second they started performing. The same applied to that after show party in Sofia during which Julio Fernandez played a stunning version of Van Morrison’s ‘Moondance’. ¡Gracias, hermano! In 2014, they came to Europe for the second time since this millennium commenced.

This time around, in 2019, they will be introducing their new album ‘Vinyl Tap’. It looks like they will do quite a tour on this side of the Atlantic Ocean. Berlin is included. Here, they will hit the ‘Quasimodo’ venue on November 10th. But let’s start at the beginning.

The Netherlands, Italy and more Countries

After playing for sharks in Cancún (Mexico), they will cross the big ocean in the ‘Pinta’, the ‘Niña’ and the ‘Santa Maria’, but they won’t have much time to relax thanks to their performance at the Cork Jazz Festival in Ireland on October 26th. From there, they will approach London, in order to “do” the ‘Pizza Express Live’ venue on the 27th.

Amsterdam is next, on October 28th. A day later, they will raise the roof at the ‘Paard Club’ in The Hague. From there, they are scheduled to fly to Bahrain for the local ‘JazzFest’. After a few days of gaining strength, Spyro Gyra will invade the ‘Blue Note’ in Milano for two gigs on November 5th and 6th.

From the Italian town of Mogoro, where they will play on November 8th, the ‘Ingolstädter Jazztage’ are next, on the 9th. Berlin on the 10th was already mentioned. On November 12th, 2019, the guys will be at ‘Hangar 11’ in Tel Aviv, before boarding the ships again.