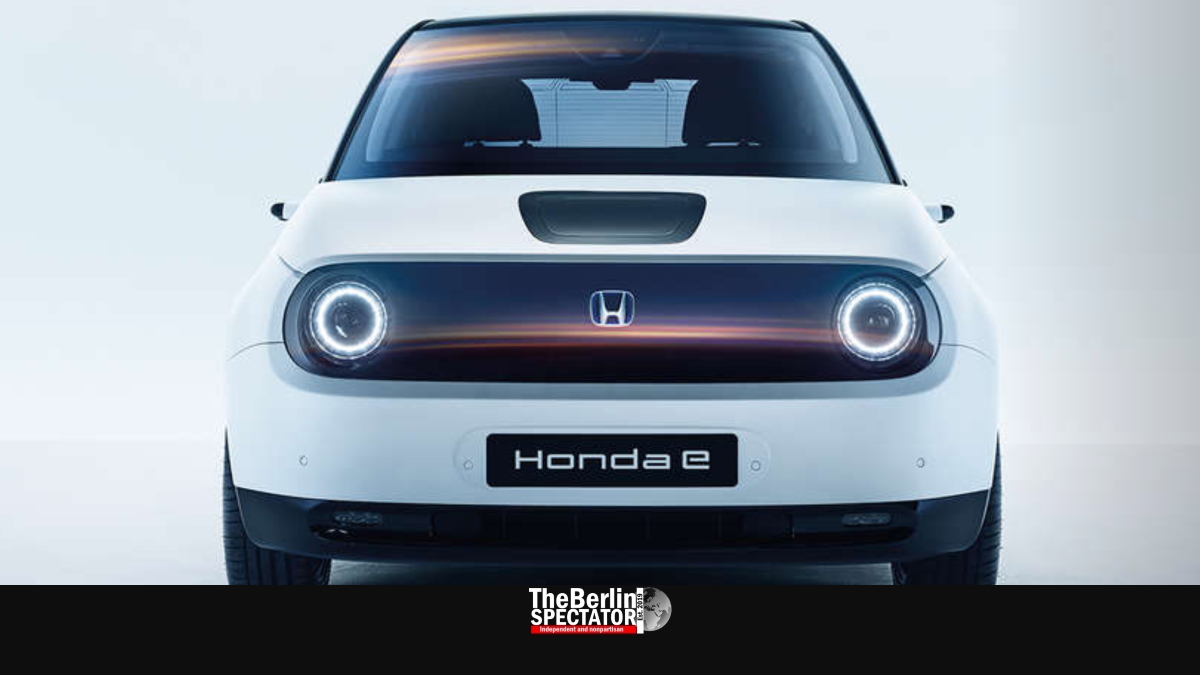 On Thursday, Germany’s Chancellor Angela Merkel will officially open the IAA in Frankfurt, one of the most important auto shows in the world. The wind of change is engulfing the trade fair, and the “new mobility” it is selling turns out to be quite impressive, at least partially.

Our cell phones and toys are being made in China. So are virtually all plastic products we are using and most of our gadgets. As it turns out, even our pandas are Chinese-made. Well, but the Chinese have not managed to conquer the car market, right? Well, maybe. But this is about to change.

A few years back, the land of dragons, emperors and Chop Suey sauce tried to enter Europe through the back door. Through a joint venture, they took their vehicle brand Great Wall to the village of Bahovitsa in Bulgaria. There the Chinese unpacked assembly kits and converted them into objects resembling cars.

But the endeavor was thrown overboard a few years later. In spite of an aggressive pricing and marketing policy, they could not make it work with those models. The latter were not popular at all and they failed in Europe’s mandatory crash tests.

Now the Chinese are preparing a comeback. And they did their homework this time. Take a Flux Compensator, shred it in a mixer, cook it for a month and add a few additional ingredients, including know-how, good performance, good design, good electric motors and a wide range.

The outcome is the Byton M-Byte, an electric SUV which is guaranteed to turn heads both at the IAA and out on the street. According to the Chinese manufacturers, the vehicle will have an impressive range of 520 km (323 miles) and the largest on-board screen ever. In spite of it all, its low price will cause heart attacks in the boardrooms of the German auto industry.

“Embodying a new smartness”, it says on Beyton’s website. The M-Byte was “mindfully molded and shaped with emotion”. Who will receive the Pulitzer Prize for that sentence? The Chinese are also saying, with their new e-SUV automotive design had “finally reached its smartphone moment.”

Other Asian manufacturers have not been asleep either. In Tokyo, a well known auto industry player has come up with a compact vehicle called Honda ‘e’. This car features a retro-look with eyes it seems to have borrowed from the Cookie Monster. They are supposed to remind everyone of the first Honda Civic.

The Honda ‘e’ may look cute, but its technology is convincing. Its digitally animated interior will mesmerize its drivers. So will its performance. When switched to its ‘Sport’ mode, this tiny car will take off like a Space Shuttle. The battery at the bottom of the vehicle is being water-cooled.

A few years after the German auto giants missed the beginning of the electric revolution on the roads, and therefore left it to Tesla, they are now trying to make things happen. At the IAA, Volkswagen will be presenting its electric ‘ID.3’. It will be the giant’s first pure e-vehicle, meaning it was designed for that purpose, while the ‘eGolf’ was just converted. The ‘ID.3’ will also serve as a base for the VW Golf VIII due in early 2020, the cheapest version of which will supposedly have a range of 320 kilometers (200 miles).

While the IAA Auto Show had to reinvent itself quickly because of the substantial changes in the industry, most car makers are still building vehicles with Diesel and gasoline engines. Land Rover will show its new Defender. In order to make its models more economical, Opel is now relying on 3-cylinder engines in the new Astra and the freshly baked Corsa.

Mercedes does have its model EQC, an e-SUV with a range of 470 kilometers (292 miles). But the Stuttgarters are still coming up with countless models with conventional propulsion systems too. They include the new GLB and GLE. Audi’s ‘e-tron’ is an impressive e-SUV, but their bestsellers still have Diesel and gasoline engines.

BMW has its ‘Vision M Next’, a study which shows what they want to do. But what they are actually offering is the new 1-series propelled by gasoline engines with up to 300 HP and their new X6. Customers who pile up loads of Euro bills on the counter can get this one with a 530 HP V8 engine. Mini, a BMW division, will introduce its e-model Mini Cooper SE in Frankfurt.

But the number of electric vehicles offered is finally increasing. Porsche has its Taycan and Audi is introducing its vision ‘AI:Trail’. Has anyone noticed how weird the latest model names are? This happens when Germans try to sound futuristic.

Guess what: There is a lot more. And it’s all at the IAA in Frankfurt. The English version of its website can be found here. Let the rat race begin!