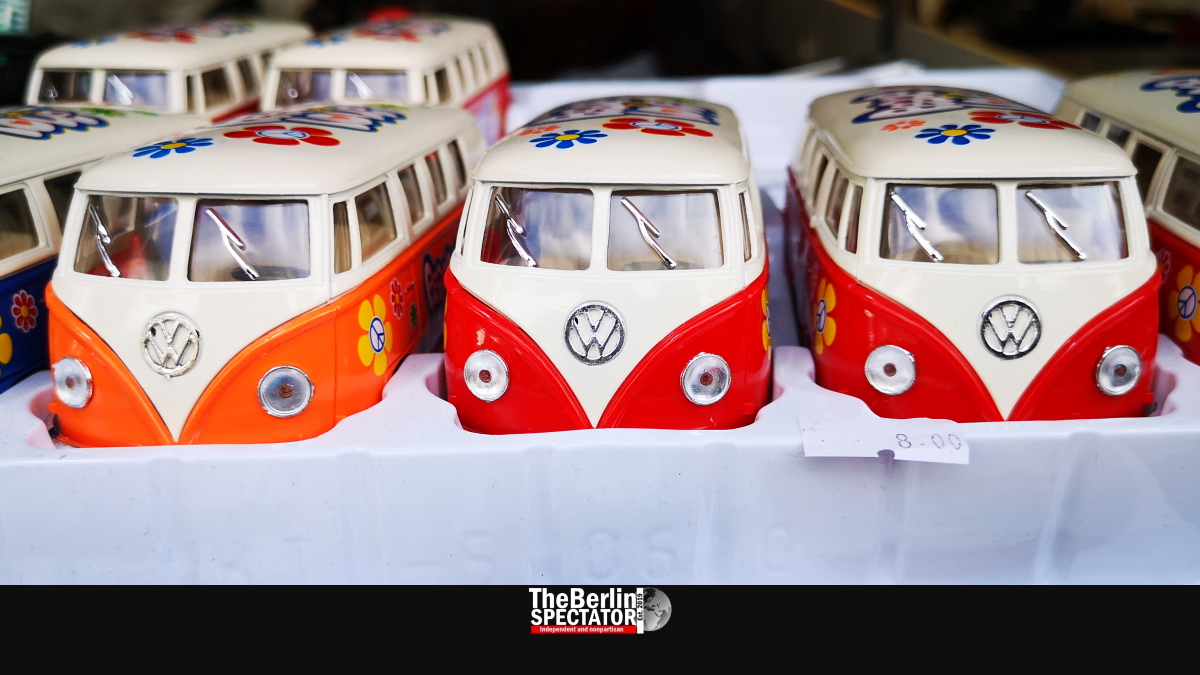 Our reporter spent two days at the IAA motor show in Frankfurt. He must have breathed through an electric car’s exhaust pipe accidentally or something. Do not read this article.

Vehicles can be as ugly as the barn find they placed at the entrance to fair hall no. 4. That terminally rusty pile of junk was supposed to catch my attention and make me enter the classic cars exhibit. Well, it worked. They got me.

Cruise Ship with a Star

Inside, some treasure hunters actually tried to sell some 1950s Mercedes 300 SLs for more than one million Euro each. Another classic cars dealer from southern Germany told me how he had managed to drive his 1970s Mercedes 600 SL Pullmann into the hall through the regular entrance door.

This is like trying to park a Boeing 747 in your bedroom. That ‘Merc’ is about as wide as the Symphony of the Seas with a star on its hood, and that guy is a true master. He had like half an inch on each side. Impressive. If he is available for adoption, I will think about it.

At the IAA’s press center, hundreds of journalists from all parts of the world did not have any space either. On Wednesday, which was ‘press day’, they almost needed to sit on top of each other, even though there were like 150 tables with just as many Internet wires and stuff.

The Advantage of Folding Ladders

Thanks to those Italian colleagues. Only one of them knew the new Lamborghini’s model name. It’s Sián, guys. Another colleague from ‘Al Volante’ magazine, who was sitting on the opposite side of the table, kept on sneezing into my face. Grazie, ragazzi.

Shall we talk about dry bread rolls for 3.50 Euro or about the ‘Gangsta Rap’ they were playing at the offroader course, for everyone to hear? That 4-minute song contained more f-words than an entire ‘HBO Special’ with the late George Carlin. At the same time, the percentage of English-speaking IAA visitors was very high. Yes, details are important after all.

What else? Members of the Chinese delegation cut me off in their S-Class. By the way: Weren’t they supposed to showcase their own vehicles? But the craziest experience was the press race across the premises while Angela Merkel was taking her tour. The fastest colleagues, and those who brought folding ladders, won.

Hey, the toy cars they sold at the IAA were partially prettier than the real ones. And their price tag fit my budget a lot better. I like that tiny Land Rover and these Volkswagen mini buses in all colors of the damned rainbow.

O.k., I admit it: I liked the IAA. Insights. Steak sandwich breakfast. Cool petrol heads. Besides, it’s good to be in western Germany, in order to forget the Berlin chaos for a little while. What was the question again?

See? We told you not to read this one.