Germany: The Politics of Tampons 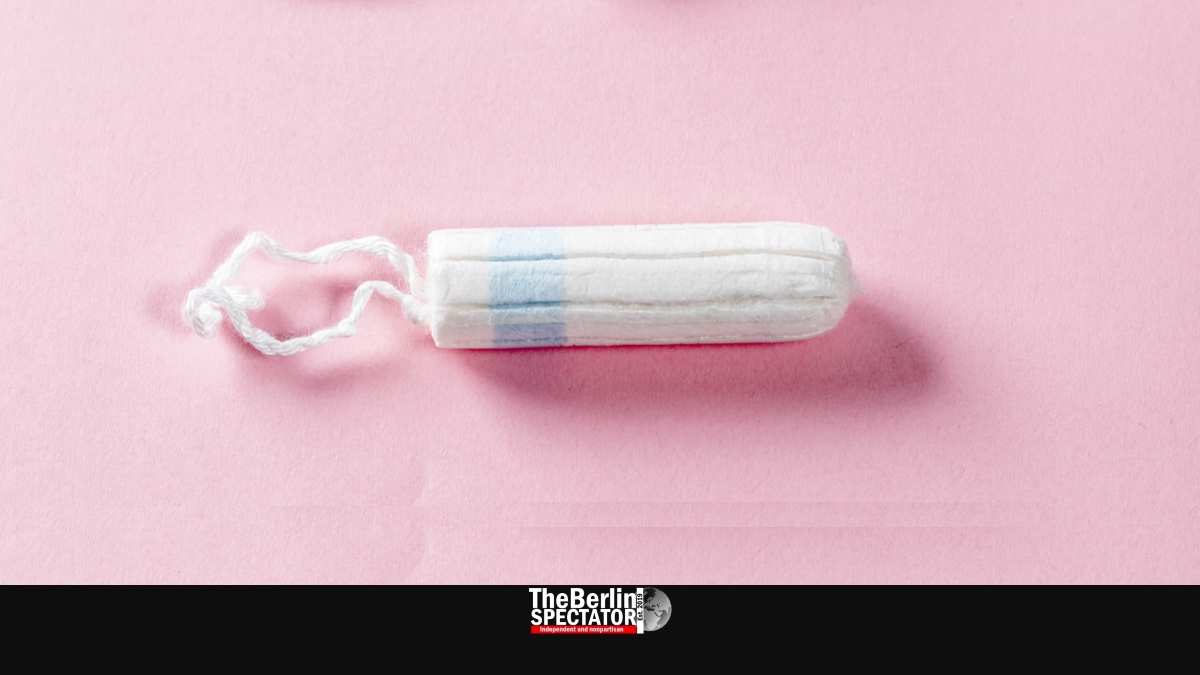 In Germany, a national discussion on tampons and sanitary napkins has been going on for months. The problem is that the state is taxing them as luxury items. Not only women believe this nonsense has to end.

Millions of girls and women in Germany use tampons and sanitary napkins once a month, usually for several days in a row. According to the logic of the German fiscal policy, they do so to entertain themselves with these luxury articles. Therefore they need to be charged a lot, for the quality time they spend having those items in their vaginas or panties.

As a matter of fact, any girl or woman who purchases tampons or sanitary napkins will be charged 19 percent for the VAT, on top of the product price. This means that ‘Always Ultra Normal’, ‘Ultra Secure’ or ‘Ultra Long’ will also be ultra expensive. In spite of the general rule according to which the VAT for basic items people need every day is 7 percent, this has been going on for ages.

Since the Berlin Bundestag does not seem to want to change things, in this regard, on its own initiative, two women and politicians in two German provinces have started doing something about the issue. They are forcing the Bundestag to put tampons and sanitary napkins on its agenda.

In May, Yasemin Kotra und Nanna-Josephine Roloff from Hamburg, both of them are members of the Social Democratic Party (SPD), started an online petition in which they demanded a tax reduction on the items in question. Very quickly, they got tens of thousands of signatures from both women and men.

At the same time, the German ‘Neon’ magazine and its readers started another collection of signatures in order to get the petition committee of the Berlin Bundestag to pick up the matter. For that purpose, 50,000 signatures would have been needed. They got far more than 80,000.

Once the two ladies from Hamburg got support from Cornelia Möhring, an MP from ‘The Left’, it was clear a tampon discussion in the Bundestag was pretty much guaranteed.

On Friday, while Chancellor Angela Merkel’s coalition government was approving its ‘climate package’, and while hundreds of thousands flocked the streets of Berlin and countless other towns, demanding action against climate change, the German province of Thuringia took action in the Bundesrat, the legislative body which represents the country’s 16 federal states.

By starting a ‘Bundesrat Initiative’, Thuringia’s left-wing state government coalition forced the subject into the Bundestag as well, with the support of Bremen, Germany’s smallest province. According to the law, the federal government needs to put the item on the parliament’s agenda within six weeks. Chances are, the VAT on tampons and sanitary napkins will be decreased to 7 percent. At least there do not seem to be convincing arguments against a step of this kind.

The German Ministry of Finance says, for items for everyday use, such as bread or milk, the VAT rate was 7 percent, while luxury items had a 19 percent rate. But logic does not seem to belong to this ministry’s strengths. Why else would caviar and collector’s coins be treated as everyday items, while tampons are not? Because men do not use the latter?

Karola Stange from ‘The Left’ in Thuringia called out what many are thinking, including politicians in more conservative parties. To women, their period was an everyday life occurrence. So was the use of hygiene articles of this kind. Stange stated the high taxation of tampons constituted a “fiscal discrimination” of women because of their gender.

‘The Left’ in Thuringia even goes one step further: They want free tampons and sanitary napkins to be available at public toilets. The problem is: Neither the Bundesrat nor the Bundestag have any say in those.

But it might be a matter of weeks only, until the “fiscal discrimination” ends. The exaggerated VAT rate on tampons mostly affects poor girls and women. Once this injustice is being corrected, they will feel the price difference more than women with high income. But this whole thing is mainly a matter of principle, many believe.

Jean-Paul ‘Bluey’ Maunick: The ‘Massive Buzz’ Kicks In on Stage