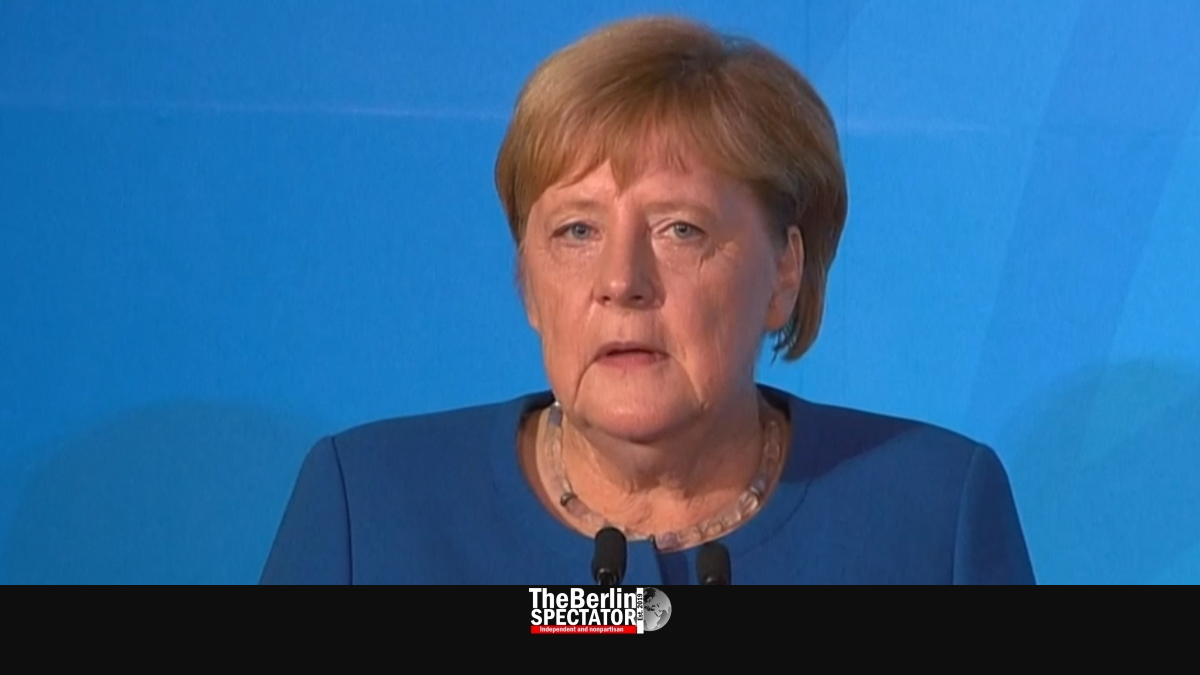 At the United Nations in New York City, Germany’s Chancellor Angela Merkel introduced her climate protection policy today. For the Fridays for Future movement, Greta Thunberg accused the member states of failing the world’s youth, in an emotional speech.

At the United Nations headquarters in New York, Angela Merkel said there was no doubt global warming was man-made. “We have only one Earth”, the German Chancellor told her colleagues. Climate change was a global challenge which could only be met jointly.

Merkel conceded the industrial countries, including Germany, were causing the climate crisis, while the developing countries were the main victims. “It is our duty to stop global warming”, she stressed. The Chancellor announced, Germany would double its budget for international climate protection, compared to the year 2014, from 2 to 4 billion Euro (2.2 to 4.4 billion Dollars or 1.8 to 3.5 billion Pounds Sterling).

Merkel stated Germany had one percent of the world’s population, but caused 2 percent of the emissions. “You know what would happen if all countries acted that way”, she said, just before informing her colleagues from all over the globe about her plans. Those include a CO2 emissions reduction by 55 percent, compared to the level in 1990, within eleven years, and becoming climate-neutral by 2050.

Germany’s head of government also told the U.N. climate summit that Germany intended to dump nuclear energy in three years from now and coal energy by 2038. “We believe our country is facing a profound transition”, Merkel said. There were those who protested “and put us under pressure”, but also those who had doubts. Germany would make its contribution to a sustainability in the world.

Greta Thunberg: ‘You are Failing Us’

Greta Thunberg, the Swedish teenage activist who initiated the Fridays for Friday movement, was on site as well. She told the participants to finally take appropriate action, in an emotional speech. She accused them of “talking about money” only, instead of actually fighting CO2 emissions.

“People are dying” because of the effects of climate change, Greta Thunberg said. “You are failing us”, she told the heads of government and heads of state at the United Nations.. “The young people are beginning to understand this betrayal”, she added. “If you choose to fail us, we will never forgive you. We will never let you get away with this. Change is coming, whether you like it or not.”

Hilda Heine, the President of the Marshall Islands, one of the first countries expected to be affected by climate change was at the U.N. too. “The climate crisis is the single greatest threat to our region”, she warned. “We choose survival over show business.” President Heine called for”climate justice.”

In order to finally get CO2 emissions down, Angela Merkel’s coalition government had passed a ‘climate package’ on Friday. The Greens, other opposition parties and the Fridays for Future movement criticized the plans for not going far enough.

They include price increases for gasoline and Diesel, a ban for oil heating systems, cheaper train and more expensive flight tickets. A verification mechanism is supposed to check Germany’s CO2 emission level on an annual basis.

U.S. President Trump and other leaders from countries do not believe in climate change and therefore do not have a strategy against it, were not allowed to talk at the U.N.’s climate summit. But most of them will join the General Assembly.