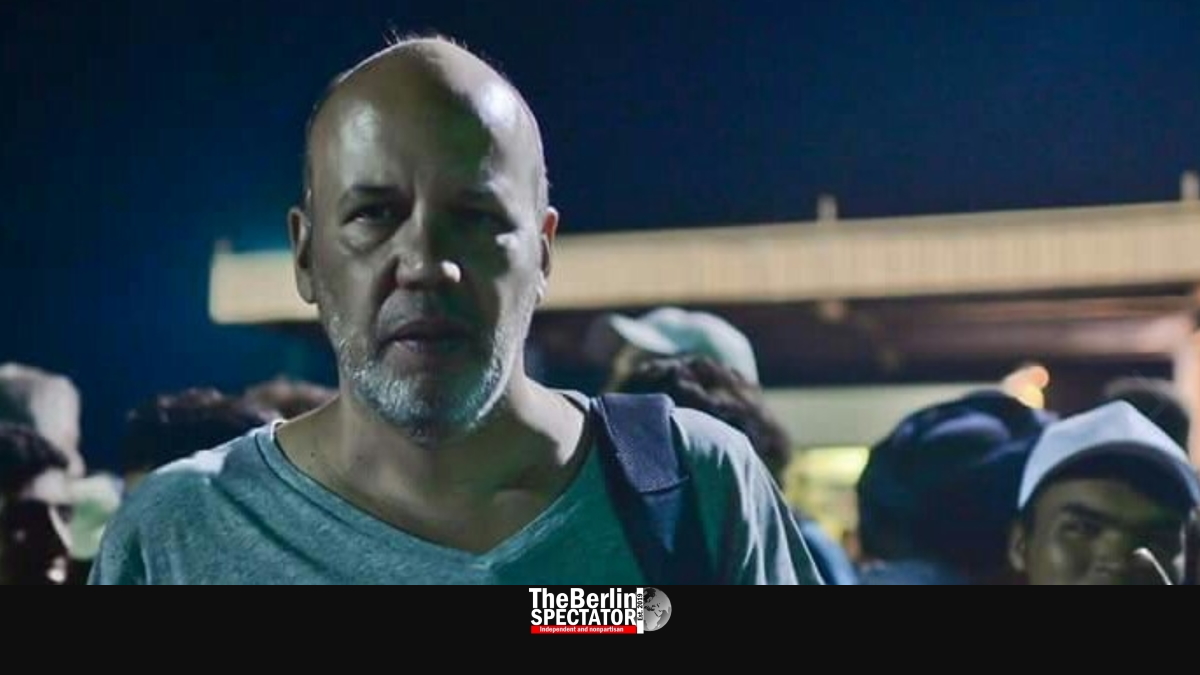 Four years ago, when the refugee crisis hit Europe, The Berlin Spectator’s Imanuel Marcus returned to Croatia for a radio news agency, 20 years after he had covered the war in former Yugoslavia. What he saw in 2015 was not so different from what he had experienced before 1995.

In September of 2015, hundreds of thousands of refugees from Syria, Afghanistan and other countries, mostly in the Middle East and Africa, hit the Balkan route. Through Turkey and Greece they entered Macedonia and Serbia. From there they were transported to Hungary at first.

Later, when an alleged secret deal between Budapest and Belgrade was struck, the Serbs used hundreds of buses to take the asylum seekers to the Croatian border, where they were dropped off on rural roads. So they walked into Croatia, several thousand refugees came every day.

The situation I found when I reached the small Croatian border town of Tovarnik was beyond bad. A so-called refugee camp set up there was actually a pasture. While it was getting cold and rainy, there were no tents, no blankets and hardly any toilets. Thousands of families were sleeping on the cold ground. Children were suffering from bronchitis.

The UNHCR and other large aid organizations set up tens and made sure their logos were visible on flags they put up. But they were not the ones who really helped at that early moment. Locals and young volunteers from Austria and Germany acted by bringing food and distributing it. They had bananas, sandwiches and small warm meals for some. Without them, the refugees would not have had anything to eat either.

This ordeal lasted for two days. Then Croatia started to react. A few kilometers away, in Opatovac at the Danube river, they used a military base to set up an actual refugee camp. There they did have tens, water, toilets and food. Even though this place had a capacity of 2000 to 3000, it was overcrowded quickly.

This meant that hundreds of newly arrived refugees had to wait in front of the camp, in many cases for an entire day, until they were processed. Again, without the volunteers on site those waiting would not have had water, food or blankets. And it was getting colder.

The train station of Tovarnik served as a valve the Croatians used. They sent trains which took 1000 asylum seekers at a time to the Slovenian and Hungarian borders. From there, most went further north-west, to Austria, Germany, France and the Netherlands.

No Choice for Merkel

In spite of the camp, conditions continued to be dire for thousands of refugees. Once they came walking across the border into Croatia, they were driven to Opatovac in buses. But the capacity was not sufficient. So thousands had to walk along rural roads for 32 kilometers (20 miles), at 8 degrees Centigrade (46 degrees Fahrenheit), at night and in the rain. Most of the migrants wore shorts or light pants and t-shirts. Again, children and adults got colds.

At this point, what should the German government have said, when hundreds of thousands of refugees arrived? Should Berlin have told them to go back home? And, had they conveyed that message, would the asylum seekers have listened? Chancellor Angela Merkel is still being criticized for saying “We will manage.” But she said so when the refugees were already “flooding” Europe.

While families were separated and the migrants were partially not treated well by the authorities in Eastern European countries, including in Hungary, there was one positive aspect to see in Croatia: Many villagers and residents in eastern Croatia’s small towns distributed water, food and even toys, as this massive caravan of asylum seekers moved towards the camp.

These Croatians remembered what they had gone through themselves two decades earlier. In the early nineties, the Yugoslav Army, led by Serbian commanders, invaded this country after it had declared its independence. Solders and paramilitary forces were responsible for terrible massacres in Vukovar and all over the place.

Fascist movements in Croatia also murdered people, mostly Bosnian Muslims around Mostar and Bosnian Serbs in the Slavonia region. But before this happened, many Croatians became victims of the terror spread by the Serbian military. Thousands became refugees and fled. Some twenty years later, they still knew what it felt like to flee from war, death and terror. To them, helping was a moral imperative.

In Bulgaria, refugees got the worst treatment. According to witness accounts and NGOs such as ProAsyl and the Bulgarian Helsinki Committee, they were beaten and robbed by police officers and hunted down in woods along the border by self-proclaimed heroes and patriots. Minors among the asylum seekers were incarcerated, even though that practice is illegal.

Once they reached Bulgarian refugee camps, they found terrible conditions. When one of the biggest camps in Bulgaria was turned into a jail after a mob of right-wing radicals had spread rumors about the migrants, some staged a protest and threw chairs towards the police. The officers punished even refugees who were not involved in the protest, by beating them up.

While refugees who allegedly staged the riot were jailed, the police brutality against innocent individuals was never investigated, in spite of a promise by the Bulgarian authorities. On top of it all, the situation in Bulgaria was partially caused by corrupt border guards who took bribes for letting people enter the country.

In Bulgaria, many refugees died. One was shot to death by a police officer. That incident was never investigated either. Others froze to death, died of thirst and drowned in the Danube while trying to swim to Romania.

The few refugees who got asylum in Bulgaria, which was something nobody really wanted because of the xenophobia in the country, were denied documents and places to stay they were entitled to. People who helped refugees, such as an Italian priest in the Bulgarian town of Belene, received death threats from haters. Asylum seekers who looked for jobs in Sofia were exploited almost like slaves.

I am not disputing that the refugee influx caused big problems, including the antisemitism which was imported. Some individuals in the never-ending stream of refugees were terrorists. At the same time I am saying that Europe had no choice but to check all individual cases and to accommodate those who were persecuted and those who fled from wars.

Also I am saying that the discussion about saving refugees in the Mediterranean is disgusting. Of course they need to be saved. Every single one of them. Working on getting rid of the causes for migration, in Syria, Afghanistan als elsewhere, is still the right way, on top of it all. And doing so more persistently would help.