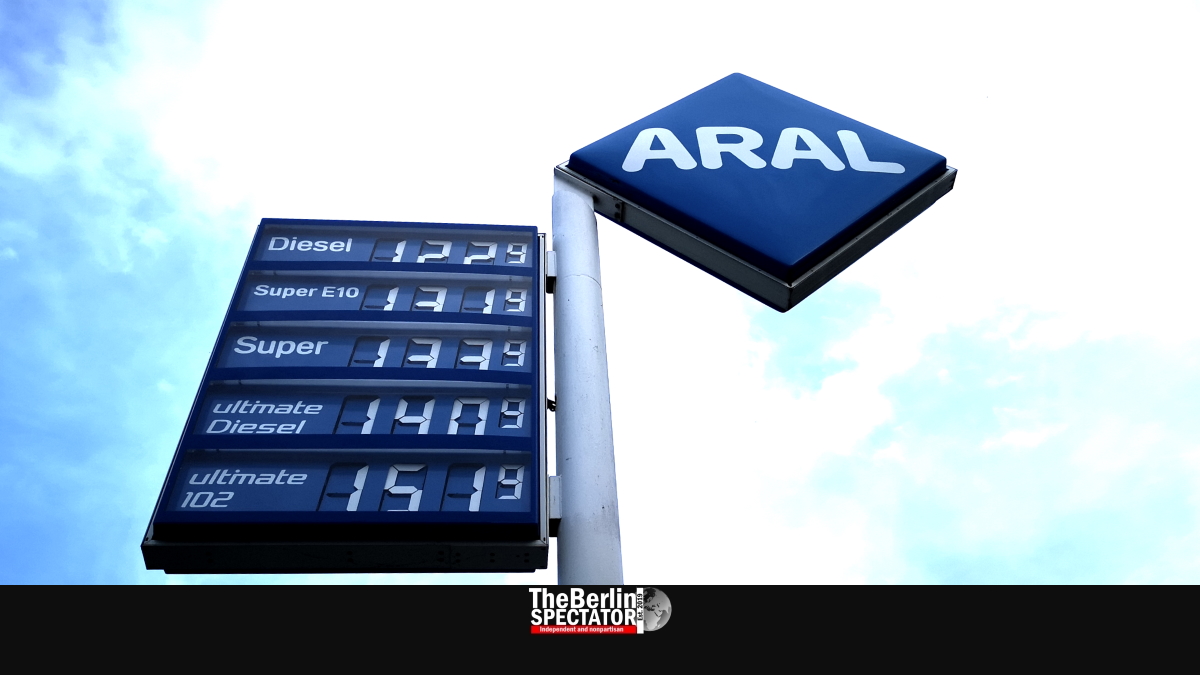 In Germany, gas prices might be rather high, mainly because the state squeezes drivers like oranges. On top of that, the gas stations, meaning the giant corporations behind them, suck peoples’ wallets dry like thirsty vampires. But there are ways to save at least some money.

It is a great idea to get your kicks on Route 66, for several reasons: Well, it winds from Chicago to L.A., which is 2000 miles all the way. So, if you ever plan to motor west, just take my way, it’s the highway, that’s the best. And there is another aspect which makes that idea great again: It’s the fuel prices.

Yes, the Americans might be complaining about those all the time. Guys, do me a favor: Come to Europe, rent a gas sucker on four wheels and enter one of our elegant gas stations. You will not like the amounts they will deduct from your checking accounts. That’s for sure.

Let’s pick a U.S. state. Well, let’s look at the District of Columbia. It is not a state, but who cares? The average price for mid-grade gasoline is 3.205 Dollars per gallon, and for Diesel 3.092 per gallon. When we convert gallons to liters, we get 0.85 Dollars for gasoline and 0.82 Dollars for a liter of Diesel.

Three hours ago, at an ‘Aral’ gas station in Berlin, one liter of mid-grade gasoline (‘E10’) was the equivalent of 1.44 Dollars and Diesel 1.34 Dollars. This means both are about 60 Cents (U.S.) more expensive. To make a comparison easier for Americans: A gallon of gasoline in Berlin would be 5.45 Dollars.

Now, who has better gas prices? Oh yes, filling up that Camaro V8 and hitting the kickdown every few seconds until the gas tank is as dry as the Sahara desert would be a whole lot cheaper in the U.S.. But that does not help us much. Who would ship his car from Hamburg to New Jersey for 5,000 Dollars, just to fill it up?

In Germany, the fuel prices depend on the oil price, like in most other countries too. But there are more factors. One is the mineral oil tax the state takes out of our wallets. Let’s stay with Dollars to make it easier. The tax is about 0.72 Dollars per liter for gasoline or 0.51 Dollars per liter for Diesel, meaning without that tax gasoline in Germany would be sold for U.S. prices. On top of it all, the mineral oil giants are squeezing drivers.

In order to save at least a little, you can follow these rules:

By the way: In some German provinces, gas prices are a lot higher than in others. The more expensive federal states are Saarland, Baden-Wurttemberg, Thuringia, Bavaria, Brandenburg and Rhineland-Palatinate.

If you want to feel better about gas prices in Germany, either drive an electric car, or no car at all, or look at other European countries where things are far worse. One of those is the United Kingdom, where a liter of gasoline or Diesel is about 1.30 Pounds Sterling. Converted to Dollars and Gallons that would be 6.05.

Yes, that’s twice as much as in the U.S.. This explains why we Europeans seem crazy. We drive tiny bathtubs on four wheels because of those damned vampires at gas stations.

Related article: The Frankfurt Perspective: What was the Question Again?