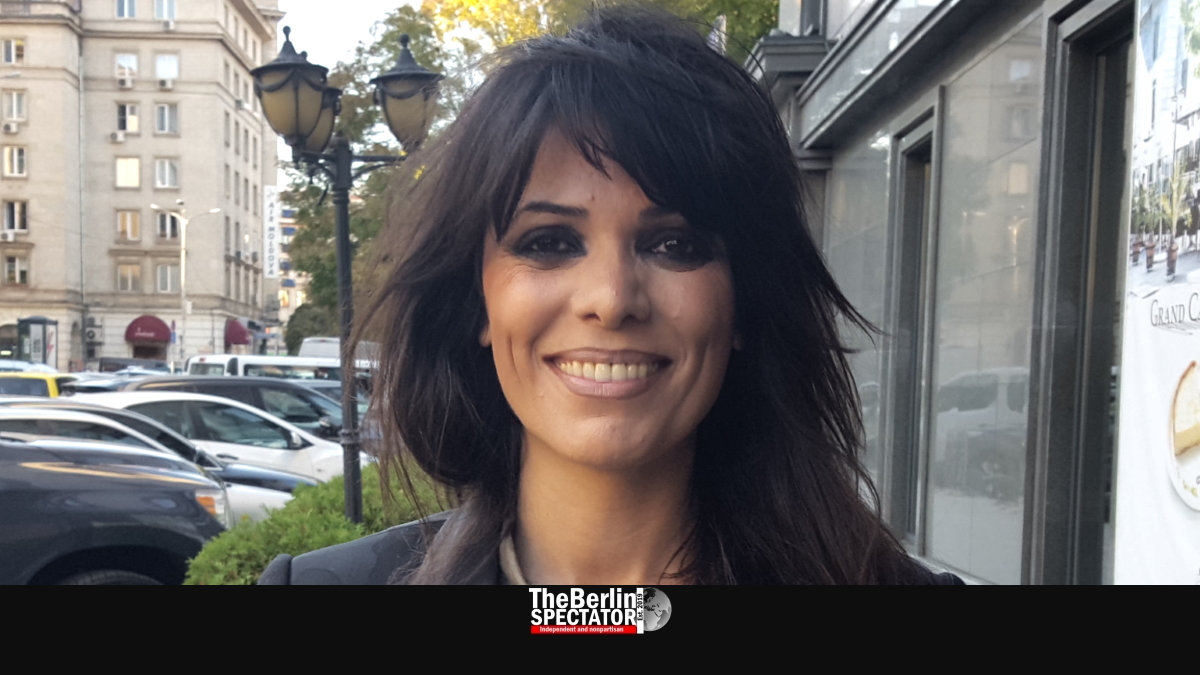 Ladino, or Judaeo-Spanish, is still being spoken by some Sephardic Jews in a total of thirty countries. Hardly anyone sings in Ladino though. Yasmin Levy is an exception. And she is coming to Berlin.

According to UNESCO, Ladino is an endangered language, meaning the world might lose it at some point. For now, few Sephardic Jews in Spain, France, Israel and Balkan countries still speak it. Yasmin Levy is one of the few who even sing it. It gets better: The Israeli-Spanish singer will come to perform in Berlin in November.

It’s All in the Genes

Yasmin Levy has it all in her genes. Her father, Yitzhak Isaac Levy, was a cantor at synagogues. He also researched Ladino music and even published a Ladino language magazine, the only one in the world. When his daughter was only two years old, he died. But once she was old enough, she stepped into his footsteps. Her approach may be a little different though.

Her ballads incorporate a number of elements, apart from Ladino as one of her singing languages, including Flamenco, Chanson and various Middle Eastern sounds. Yes, Yamin Levy is a World Music artist of the kind we do not meet every day.

In 2004, her first album “Romance & Yasmin” earned her a well deserved BBC World Music Award. Later, she also received prizes for her movie soundtrack songs. “Gracias a la Vida” by Violeta Parra, a famous tune she covered for the motion picture “Vengo”, is just one example, but an excellent one.

She grew up is Jerusalem, which she describes as “a true melting pot of peoples and cultures”. Since her youth, she has been listening to Turkish versions of Moroccan music, Classical, Chanson, Jazz, Jewish and Arabic music, as well as church music, all of which influenced her.

What? This is not the only article on The Berlin Spectator?
Well, no. Please check out this publication. You will like it. Thank you!

Israeli artists who tour around the world are being asked about the ongoing Palestinian terror against Israel and the predominantly Jewish state’s reaction, including Yasmin Levy. “I avoid talking about politics”, she says. “I am a singer, but I sing about personal freedom. I know it sounds like a cliché but I believe in love.” By advancing dialogue with her art, she actually does a lot.

All seven albums she has released so far hit the World Music charts in several countries. Her debut album ‘Romance & Yasmin’ was released in 2004. ‘La Judería’, ‘Mano Suave’, ‘Sentir’, ‘Libertad’ y ‘Tango’ followed. ‘Live at the Tower of David’ is a DVD.

The author of these lines attended a Yasmin Levy concert in Sofia (Bulgaria) two years ago at a nice night club. He was mesmerized by her Flamenco tunes as well, and by the way she keeps on switching the languages she sings in. She also includes humor in her shows. It was a good experience.

In Berlin, Yasmin Levy will be performing at the Synagogue in Rykestrasse 53 on November 17th, 2019 at 7:00 p.m.. The concert is part of the Jewish Culture Days (‘Jüdische Kulturtage’). Tickets for this highly recommended concert are available here for 29.90 to 35.65 Euro.