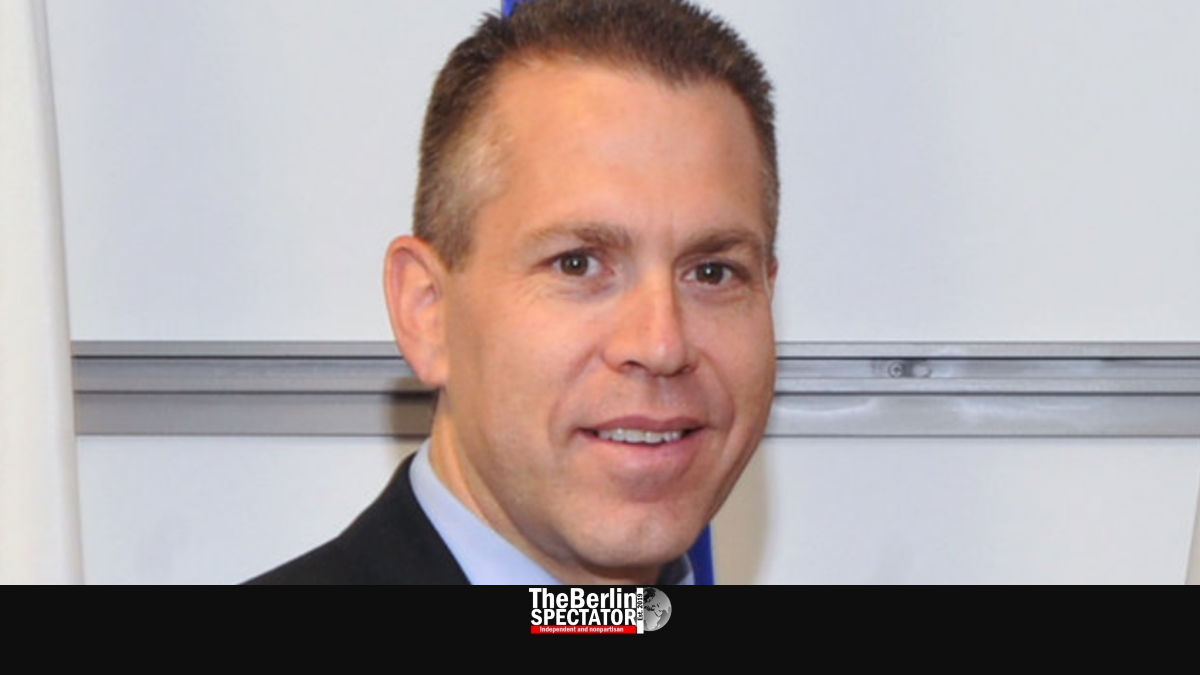 Israel’s Strategic Affairs and Public Security Minister Gilad Erdan has harshly criticized Germany’s approach on Hezbollah and Iran. In an interview with the ‘Bild’ daily, Erdan said he expected the Berlin government to take steps against the BDS boycott movement.

Minister Gilad Erdan wages war against the enemies of Israel. He does not use bombers or jet fighters. Neither does he command soldiers. This part he leaves to others in his small country, which would not exist anymore, had it not successfully defended itself against all attacks from neighboring countries.

Israel’s Strategic Affairs Minister Erdan’s weapons are ball pens, printers, paper, websites, speeches and meetings. His main battle is the one against antisemitism. Erdan tries to convince partner countries to see certain terror organizations as what they are, and spreads information about groups who attempt to delegitimze Israel.

This is exactly what Erdan did in Brussels this week, where he presented a dossier on the BDS movement to European lawmakers. The document contains a list of 100 links between the movement and terror organizations, and 80 examples of antisemitic content in BDS’s campaigns.

“We have proven beyond a doubt that BDS is an antisemitic campaign led by supporters of terror with one purpose: the elimination of the Jewish state,” Erdan was quoted saying by The Times of Israel. The boycott movement itself keeps on denying it is supporting terrorism, but at the same time it promotes events with convicted terrorists, including Rasmea Odeh.

In Berlin, Gilad Erdan met the country’s Minister of the Interior, Horst Seehofer, and presented the dossier to him. And he agreed to the interview with ‘Bild’, in which he said Israel expected deeds from Germany, after the Berlin Bundestag had labelled BDS as antisemitic.

“They are well organized and create a dangerous atmosphere which also manifests itself in actions. We cannot fight the threat of right-wing extremism, left-wing extremism and radical Islam, but ignore the antisemitism spread by BDS while we do”, Erdan told ‘Bild’.

Oh, so this is not the only article on The Berlin Spectator?
Well, no. Do you want to see the whole thing?
Click here. Or click our logo on the upper right.

BDS has famous leaders and supporters. One of them is the former Pink Floyd member Roger Waters who keeps on bullying bands who intend to perform in Israel. Their main message is “Do not buy from Israel”. A few decades ago, the Nazis had spread the message “Do not buy from Jews.”

In Berlin, BDS members stage protests whenever Israel is part of any event. For instance they did so during the ITB travel trade fair. The other day, the group’s haters disrupted a film festival at which Israeli motion pictures were screened. A discussion about a documentary film had to be called off as a result.

In the interview, Gilad Erdan criticized both Germany and the European Union for failing to label Hezbollah as a terrorist organization in its entirety. “Hezbollah is being supported by the Iranian regime, both financially and militarily”, he stated. “The same regime constitutes the biggest threat to Israel, even without nuclear weapons.”

“Hezbollah murders people all over the world”, the Minister told ‘Bild’. “The fact that this organization is allowed to be present in Europe and to collect funds is incomprehensible to us. This is not how terrorism is fought.” Before Erdan, Israeli Prime Minister Benyamin Netanyahu had raised the issue with European governments several times.

Finally, Gilan Erdan also blasted Europe’s and Germany’s Iran policy. Iran was an existential threat to Israel and to stability in the entire world, he said. Germany, France and Great Britain would not act in a way which was expected from Western governments.

“Saying Iran was responsible for the recent attacks in Saudi Arabia, but not doing anything afterwards: This is something I cannot comprehend”, the Israeli Minister stated. “The West should put Iran under pressure collectively.”

The ‘Bild’ interview (in German) can be accessed here.