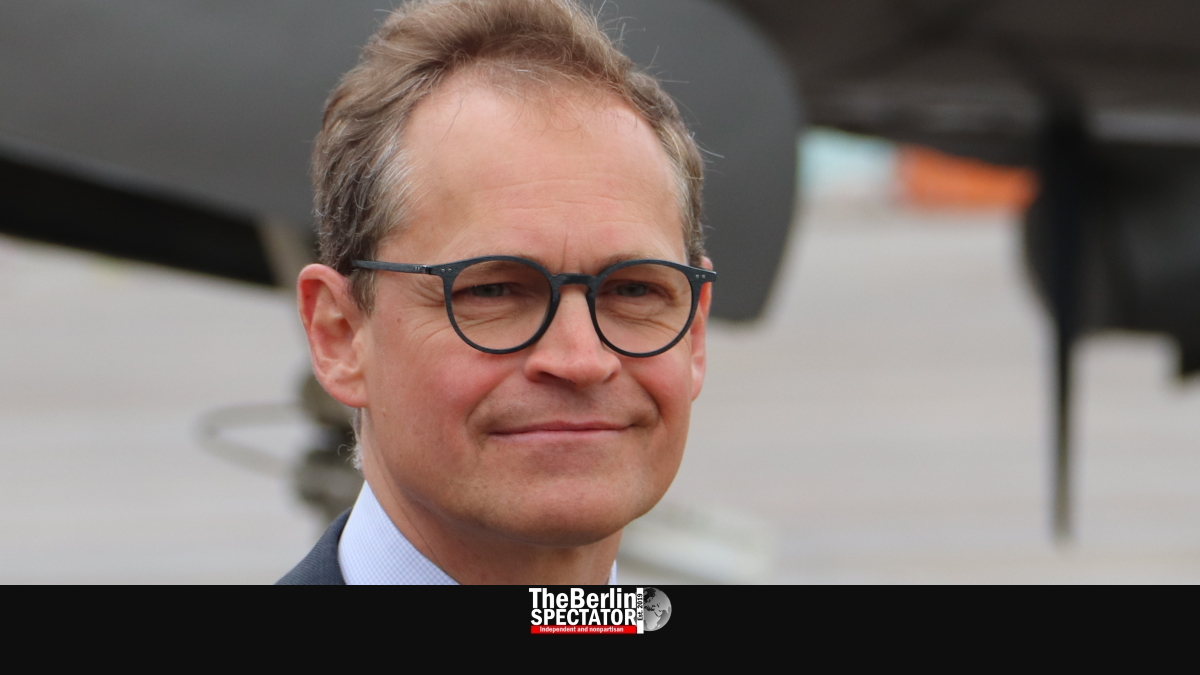 Germany is about to celebrate its reunification in the very north. Politicians and other citizens will fill the port city of Kiel on Thursday, for that purpose. Berlin’s Governing Mayor Müller will be among the participants.

Twenty-nine years ago, on October 3rd, 1990, the German people was reunited, when the GDR became part of the Federal Republic of Germany. Germany’s northernmost federal state Schleswig Holstein invited many guests to the official Unity Day celebration in Kiel. They include President Frank-Walter Steinmeier, Chancellor Angela Merkel and Berlin’s Governing Mayor Michael Müller.

“The GDR citizens needed courage to overthrow the (‘Socialist Unity Party’) SED and to bring down the Berlin Wall”, Müller stated ahead of German Unity Day, which has been an official holiday since the reunification. The Governing Mayor said they had created the preconditions needed to unite what needed to be united, namely the two parts of Germany.

Last year, Berlin organized the National Unity Day ceremony. This time around, Steinmeier, Merkel, Müller and many others will take part in an ecumenical worship service at Kiel’s St. Nicholas Church on Thursday morning, before President Steinmeier welcomes guests to an official reception. In the afternoon, Michael Müller is scheduled to visit the ‘Ländermeile’ (‘Mile of Federal States’), where the city state of Berlin will organize its own festivities.

A delegation of ten Berliners will represent Berlin in Kiel, along with the Mayor. They have different professions which fit the motto of the festivities, wich is ‘Courage Connects’. A firefighter is in the delegation, a disaster management employee and a youth aid member. In addition, Berlin residents who fight homophobia, who work on women’s rights and who educate the youth about right-wing extremism and right-wing populism are part of the delegation.

Sense of Life with Currywurst

According to the office of the Governing Mayor, Berlin will present itself at the festivities in Kiel by conveying part of the city’s “sense of life”. This includes a blog which features notes left on Berlin’s lamp posts and trees, as well as in buildings (mostly in German) and a party at the “smallest discotheque in the world”. A brass band called ‘Beat’N’Blow’ and other artists are scheduled to perform. On top of it all, a Lego model of Berlin’s Red City Hall will be on display and visitors will be able to consume Berlin’s main aliment, which is ‘currywurst’. What else would it be?

Earlier this week, Chancellor Angela Merkel had called on the eastern Germans to “participate actively in the all-German society.” There was a lot left to do, she said. For years, many Germans “with GDR biographies” had hoped the eastern German provinces would adjust to the western ones more quickly. Twenty-nine years after the reunification, some were discouraged. Merkel, who grew up in the GDR herself, said courage needed to be shown.

Related article: Germany: Growing Together Takes Longer than Being Split Up

Do you like this article? If yes: We are glad you do.
Our second question: Would you consider supporting this publication?
Your donation would make things easier for us. Thank you.
Please visit our donation page or go to our Paypal page directly.