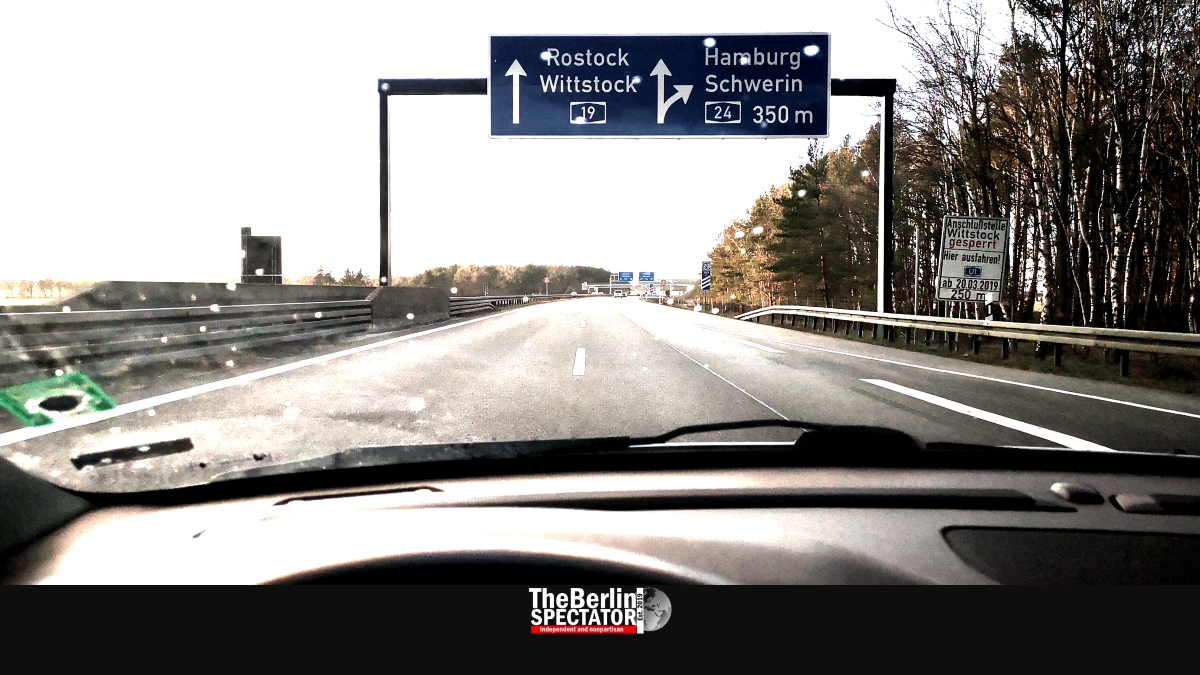 The German Greens have picked a good moment to demand a speed limit on the Autobahn. Greta Thunberg’s influence and Germany’s attempts to reach its climate goals might help them get their way in the Berlin Bundestag, even if it does not happen immediately.

Cruising down the German Autobahn at the ‘European speed’ of 130 km/h (81 mph), which is the maximum speed in many European countries, is what Germans should be doing in order to get used to what will be coming sooner or later. But drivers who do will feel they are slow like snails.

That is because some hotshot will overtake them at 200 km/h (124 mph) or faster every few seconds. And it is their right to do so, since there is no general speed limit on the German Autobahn. The auto industry’s lobby and their helpers, including the country’s Minister of Transport Andreas Scheuer, have managed to avoid it. At least so far.

To Scheuer, it is “common sense” to refrain from imposing an Autobahn speed limit, while his critics are wondering why he does not seem to make much sense and still gets his way. There are many answers to that question. First of all, Scheuer is a member of the CSU, which is the Bavarian sister party of Chancellor Angela Merkel’s conservative CDU. The CSU is known for unconventional positions it sometimes takes.

It is also known for its Autobahn toll fiasco. For years, the CSU had fought for what it called a ‘foreigner toll’ at first. The idea was to charge drivers from neighboring countries because they charge Germans on their roads. But this endeavor was recently ripped apart by the European Court of Justice.

The next answer to the speed question is that German auto makers like Audi, BMW, Mercedes-Benz, Porsche and Volkswagen build the best cars in the world, many of which are fast as hell. Many models are so fast they are being limited to 250 km/h (155 mph) electronically. As a sports car manufacturer, Porsche refrains from doing so, meaning 911s, Panameras and Cayennes are even faster, depending on the engine chosen.

The discussion about an Autobahn speed limit is not new. In the past, the auto industry has argued Germany was the testing ground for their vehicles. A speed limit would hurt exports. And if there is anything no Berlin government in the past decades wanted, it is being responsible for decreasing exports.

But the case the industry made is shaky, especially today, also because all nations they export their cars to have speed limits. In the United States, where prosperous individuals buy BMWs, Mercedes’ and Porsches like crazy, 55 mph (88 km/h) is the usual limit. They buy those German cars for their comfort, their reliability and their prestige.

Running Out of Arguments

The fact of the matter is that the German speed lobby is running out of convincing arguments these days. “I like racing down the Autobahn” does not seem to be a position which leads anywhere. And the export argument has become rather ridiculous.

On the other hand, there are good arguments for a speed limit:

In the past, the Greens’ attempts to get a speed limit were successfully fought off. In the 1970s they demanded a 100 km/h (62 mph) limit. This would still have been a lot faster than anyone is allowed to go in the United States of America. Later, they went for 120 and 130 km/h.

A victory is not a foregone conclusion, but this time, the Green’s chances seem to be better than ever. Even Germans who resist and call them a “party of dictators” know the race is over, even though they might not admit it. On top of it all, a slight majority of all Germans supports a speed limit.

The Greens intend to be persistent. At the Bundestag they will insist on a roll-call vote on the matter. That way, MPs might be embarrassed to vote against a speed limit. They know a step of that kind would save up to 3 million tons of CO2 of emissions every single year. They know the accident death rate would decrease. But they might block this initiative anyway, because of pressure from their parties, most of which are trying to sell themselves as greener than Green these days.

Listening to members of other Bundestag parties leads to the conclusion that the likelihood of a quick success for the Greens might be sort of low. But they will score a moral victory on a path which will definitely lead to an Autobahn speed limit.