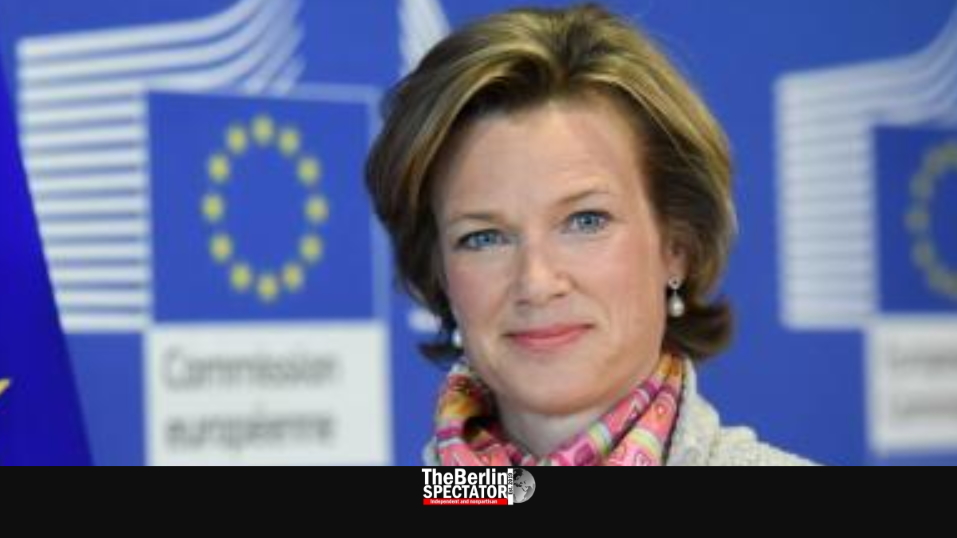 The New York-based publication ‘The Algemeiner’ has released this year’s ‘Jewish 100’ list. It contains 100 people, both Jews and non-Jews, who have “positively influenced Jewish life”, according to the jury. Some German names are on the list.

At Gotham Hall, located at 1356 Broadway in New York City, none other than Sir Ben Kingsley spoke to 500 guests at the ‘The Algemeiner Gala’ last week. He is one of the 100 individuals on the ‘Jewish 100’ list the publication, a Jewish weekly, came up with this year.

Kingsley made the list because he “returned to the screen as Mossad officer Ethan Levin” in “the must-see movie ‘The Red Sea Diving Resort'”. The jury came to the accurate conclusion that “Kingsley has often taken on Jewish roles, most memorably as Itzhak Stern in ‘Schindler’s List'”.

According to ‘The Algemeiner’, the ‘Jewish 100’ contains “the 100 people who have the most positive impact on Jewish life and Israel – men and women, Jew or non-Jew, who have lifted the quality of Jewish life in the past year.” Each of them chose their own way of doing so.

Journalists are part of it, including CNN’s Jake Tapper, a practicing Jew himself, who has “forcefully responded” to individuals who expressed antisemitic positions in interviews, such as the Democratic Representative Rashida Tlaib of Michigan and former Women’s March co-chair Linda Sarsour.

Jennifer Lopez is part of the ‘Jewish 100’ too. The Pop star resisted the usual calls voiced by former Pink Floyd star Roger Waters and his BDS movement to refrain from performing in Israel. The organization, labelled as antisemitic by countries and parliaments, including the Berlin Bundestag, is calling for boycotts against anything having to do with Israel, and will bully anyone who plans to hit Israeli stages while spreading conspiracy theories about the country.

The singer Pink is on the list. So is the comedian and actor Sacha Baron Cohen, who recently impressed viewers with a stunning performance as Israel’s master spy Eli Cohen in the Netflix series ‘The Spy’. Israel’s Prime Minister Benjamin Netanyahu is listed, but also Benny Gantz of the Israeli ‘Blue and White’ party.

Another famous name included is Donald J. Trump who has “variously been the source of joy, pride, anxiety, and condemnation across the American Jewish community during the past year”, ‘The Algemeiner’ says. As controversial as he might be, Trump has indeed helped Israel a lot by putting it into a position of strength far more than the administrations before him.

The administration has moved the U.S. embassy to the actual capital of Israel, it has pulled out of the ‘Iran Deal’ with those who openly say they want to destroy Israel, and it has left its mark at the United Nations where bodies like the UNHRC, the so-called Human Rights Council, is co-lead by regimes whose main agenda is to condemn and delegitimize the only predominantly Jewish state in the world.

Richard Grennell, the U.S. Ambassador to Germany, is part of this year’s ‘Jewish 100’. “Grenell has not shied away from challenging the German government and Europe more widely over its commercial relationship with the Iranian regime”, the jury said. Grenell has commented on another big issue: He called on Berlin “to fully ban Iran’s terrorist proxy, Hezbollah”, which the German government refuses to do. These two points Grenell has made also anger most members of the small Jewish community in Germany.

Günther Jikeli, born and educated in Germany and now a professor at Indiana University in Bloomington, is on the list, for conducting “what may be some of the most crucial research of the post-World War II era on the persistence of antisemitism.”

The German activist Beate Klarsfeld and her French husband Serge Klarsfeld made it into the ‘Jewish 100’ too. “As human rights activists, the Klarsfelds have played a major role over several decades in bringing to trial German and French Nazi war criminals such as Klaus Barbie, Paul Touvier, and Maurice Papon.”

According to the jury, the Klarsfelds “both understood the threat from anti-Zionism early on, confronting the antisemitic demonization of Israel pushed by the Soviet Union and the Palestine Liberation Organization.”

More Germans are part of ‘The Algemeiner’s list, including Katharina von Schnurbein (see main photo at top of page), the European Commission’s Coordinator on Combating Antisemitism. The jury quoted a speech she held at the U.N. General Assembly last year: “Given our history, we know when antisemitism is on the rise something bigger is going on.” Von Schnurbein also told her large audience about “an unholy alliance of neo-Nazis, Islamists, and far-left extremists” who believed “in a Jewish conspiracy controlling governments, the economy, and the media.”

Julian Reichelt, another non-Jew from Germany, made the list as well. As editor-in-chief of the ‘Bild’ tabloid, “he has been a powerful voice in the fight this year against rising antisemitism in his country.” In his opinion pieces, he usually blasts conspiracy theories about Israel and calls on high-ranking politicians to do the right thing related to BDS, Iran, Hezbollah and other Jew-haters.

The entire ‘Jewish 100’ list can be accessed at ‘The Algemeiner’.