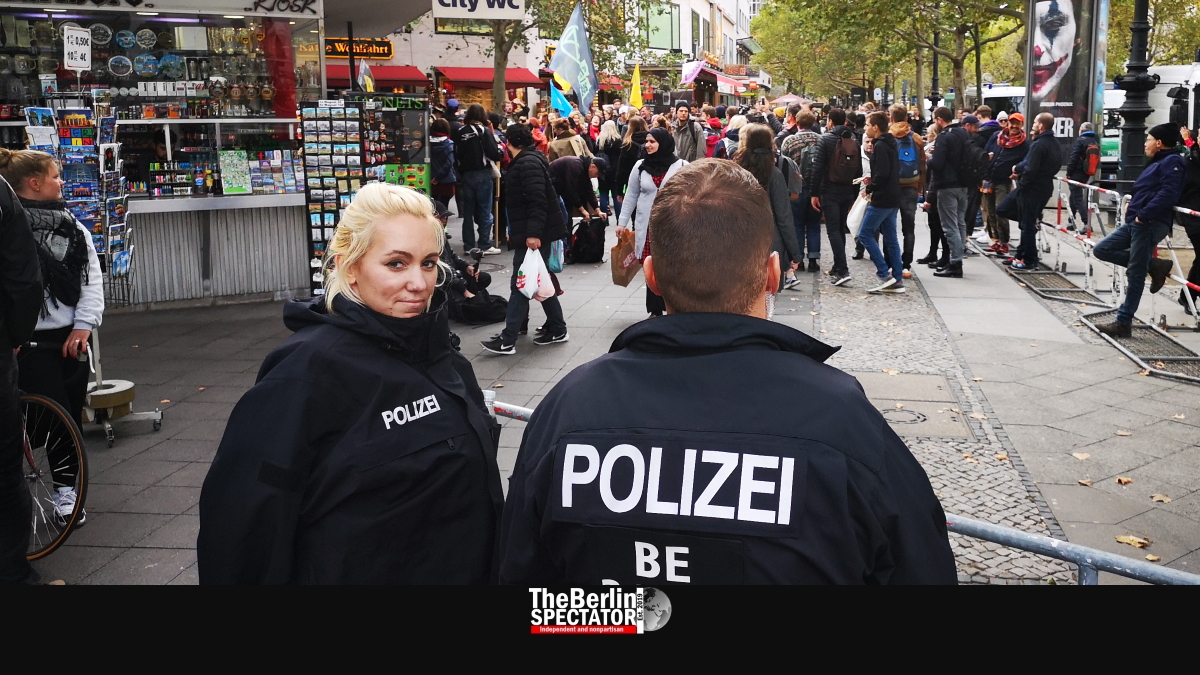 In Berlin’s city center, the Extinction Rebellion movement blocked three bridges and one big intersection today. Traffic in the German capital was crippled. The police department had reinforcement from Lower Saxony.

Extinction Rebellion continued their blockades in Berlin on Wednesday. This morning, they blocked Marshall Bridge. Later on, three more bridges were closed by protesters as well. They were the ‘Mühlendamm Bridge’, ‘Jannowitz Bridge’ and ‘Oberbaum Bridge’. In the evening, the intersection of ‘Kurfürstendamm’ and ‘Joachimsthaler Strasse’ was blocked too.

All day long, Berlin’s city center was effectively split in two. Cars and trucks could hardly cross the Spree river. After apologizing for the mess the group had caused on Monday, Extinction Rebellion created an even bigger one on Wednesday. The organization says its actions were necessary in order to make sure the government took real action against climate change.

At ‘Jannowitzbrücke’ and other bridges, the strategy Berlin’s police was following partially worked. At first, officers did not let anyone cross because they wanted to prevent having to deal with even more protesters. At the same time, the situation did not exactly improve for pedestrians who were not part of the protests and needed to cross the river.

Later on, they started carrying protesters away. At ‘Mühlendamm’, they had removed everyone by 3:00 p.m., except for six protesters who had chained themselves to a guardrail. Specialized police men with tools arrived minutes later. They removed part of the rail. Once the protesters were freed, they took them to a police vehicle, where they checked their personal data.

One lady involved at ‘Mühlendamm’ had walked from the city of Bremen to Berlin in 30 days in order to take part in Extinction Rebellion’s protests. A coordinator on site was a young man from Kiel in northern Germany. Some police officers who were on duty in the German capital today are from Lower Saxony. Berlin needs reinforcement on a regular basis.

At ‘Kurfürstendamm’, one of the most famous shopping streets in Berlin, some 200 protesters gathered at the intersection with ‘Joachimsthaler Strasse’ at 4:00 p.m.. Police on site did not let them block the big intersection at first. Later, the crowd’s sized tripled. In the evening, they blocked the street, crippling yet another traffic artery.

It is unclear what Extinction Rebellion intends to do next. Some Berliners support the movement’s strategy. Others support the cause but not the kind of action they are taking. Extinction Rebellion says it is non-violent but disobedient. Its members claim they know what needs to be done in order to fight climate change and that there is no other way than blocking cities.

Germany: Neo-Nazi Murders Two in Front of Synagogue in Halle