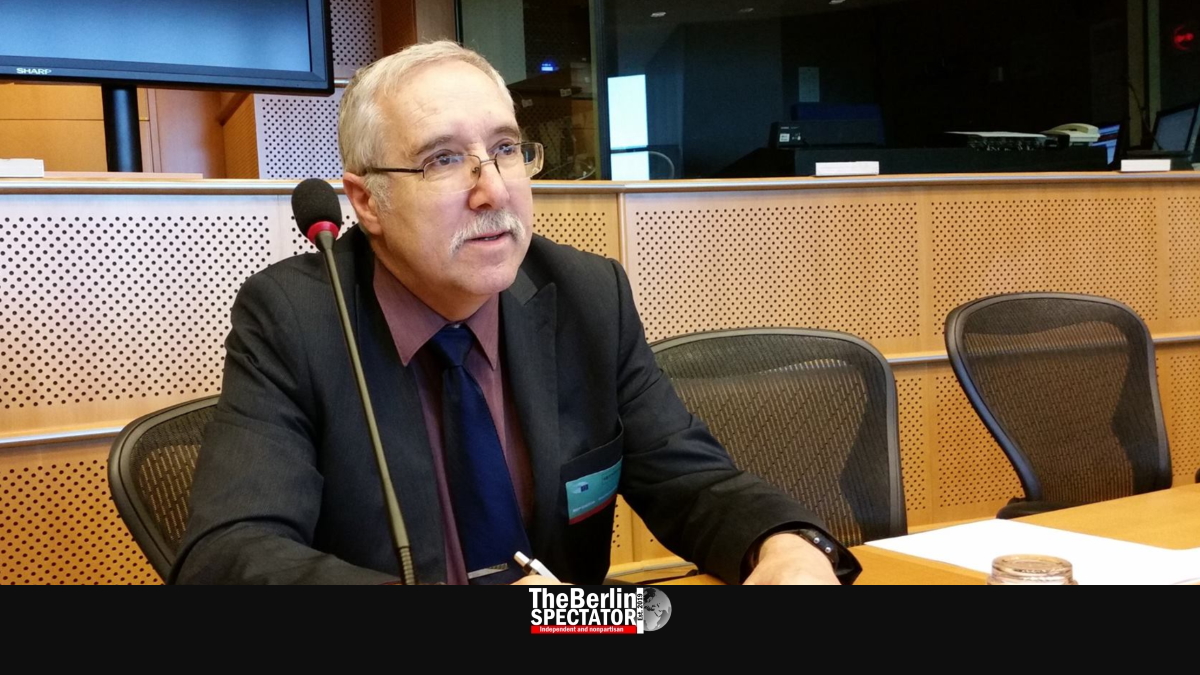 This is an opinion piece by guest author Gerald M. Steinberg. He is professor of political science at Bar Ilan University and president of the Institute for NGO Research in Jerusalem.

My mother was born in Halle – my grandfather had a small business there and he fought in the German army during World War 1. But, like in the cases of other Jews, none of this made any difference in Germany under the Nazis. As a child, my mother was sent by her parents to England, with thousands of other Jewish children, while her parents and older brother escaped to the Jewish enclave in Shanghai.

‘I was Angry but Not Surprised’

I am an Israeli, living in my ancient homeland, where I am not dependent on any outsider to defend me. In Jerusalem, I learned about the neo-Nazi terror attack on the Halle synagogue on Yom Kippur. I was angry, but not surprised or shocked, and those – including German and EU political leaders – who claimed to be shocked are being dishonest. How many times can Jews and Jewish targets be attacked in Europe before the surprise and “shock”, as well as the ritual condemnations are simply slogans without meaning?

In part, the Halle attack was the act of a single crazed individual who spent a year planning and preparing for his act of hatred. But he is also part of a festering far-right ultra-nationalist ideological and social network, with allies and enablers in Europe and North America. And these groups are joined in their hatred and violence at the point where the far right and far left meet in promoting virulent antisemitism.

In order to go beyond shock and condemnation, and deal effectively with this evil, each of these levels must be addressed, which the post-Holocaust German elite has clearly failed to do. Germany has laws banning Holocaust denial and antisemitic speech, but too often, these are not enforced. And even when they are applied, the process is slow and is not nearly enough to deter antisemitic attacks. Similarly, Germany has endorsed the antisemitism defintion of the International Holocaust Memorial Alliance (IHRA), but has failed to act on its provisions.

Low Priority Given to Fighting Antisemitism

The Jews praying in the Halle synagogue were saved by a miracle – not by the limited security that was provided. Had they not acted quickly, and had the lock on the door been damaged, the carnage would have been far greater. The government must do much more to provide security for Jews and Jewish institutions. And in the realm of intelligence, the need for resources and intensive surveillance of neo-Nazi and ultra-nationalist organizations is also clear. When the early warning signs on social media or in other realms are evident, authorities must act immediately to prevent more antisemitic atrocities.

A big part of the problem is the low priority that the post-Holocaust German elite – politicians, academics, journalists, church officials, teachers, diplomats, government bureaucrats – give to fighting antisemitism. They like to pretend that Germany is now a “normal European country”. Indeed, these officials even contribute to the anti-Jewish atmosphere, particularly through demonization of Israel as the homeland of the Jewish people. In today’s Germany, like much of “liberal and enlightened” Western Europe, it is popular to promote anti-Israel narratives that spill over into antisemtisism, expressed in violent attacks on synagogues and on individual visible Jews.

There is little outrage in response to attacks from Palestinians or Islamist radicals, such as in the July 2014 assault on the synagogue in Wuppertal. Indeed, a German judge ruled there was “no evidence whatsoever” of antisemitic motives. And a few days ago, after a man with a knife was apprehended at Berlin’s New Synagogue during Friday night prayers, the police astonishingly let him go. In today’s Germany, the authorities have turned their eyes so that they would not see the hate.

There is much more that reflects an indifference towards antisemitism of different forms or worse – including the German government’s support of groups that are active in demonization and boycotts against Israel, the promotion of the Palestinian narrative which falsely labels Israel as an aggressor and includes modern blood libels, the ease with which Germans embrace and do business with genocidal Iranian leaders and support the immoral targeting of Israel in the United Nations.

The German political foundations, which might be expected to give the highest priority to countering antisemitism in all of their offices around the world, largely ignore this hatred, as do powerful church groups such as Misereor and Brot für die Welt. Instead, they also join in demonizing Israel, perhaps because, as some argue, it is easier to deal with the history of inhuman and unfathomable crimes by pretending that the actions of others, particularly the Jewish state, are somehow comparable.

But there is no comparison, German antisemitism has returned, and it is no longer “shocking”.

Note: The German version of this opinion piece by Professor Gerald M. Steinberg can be accessed here.