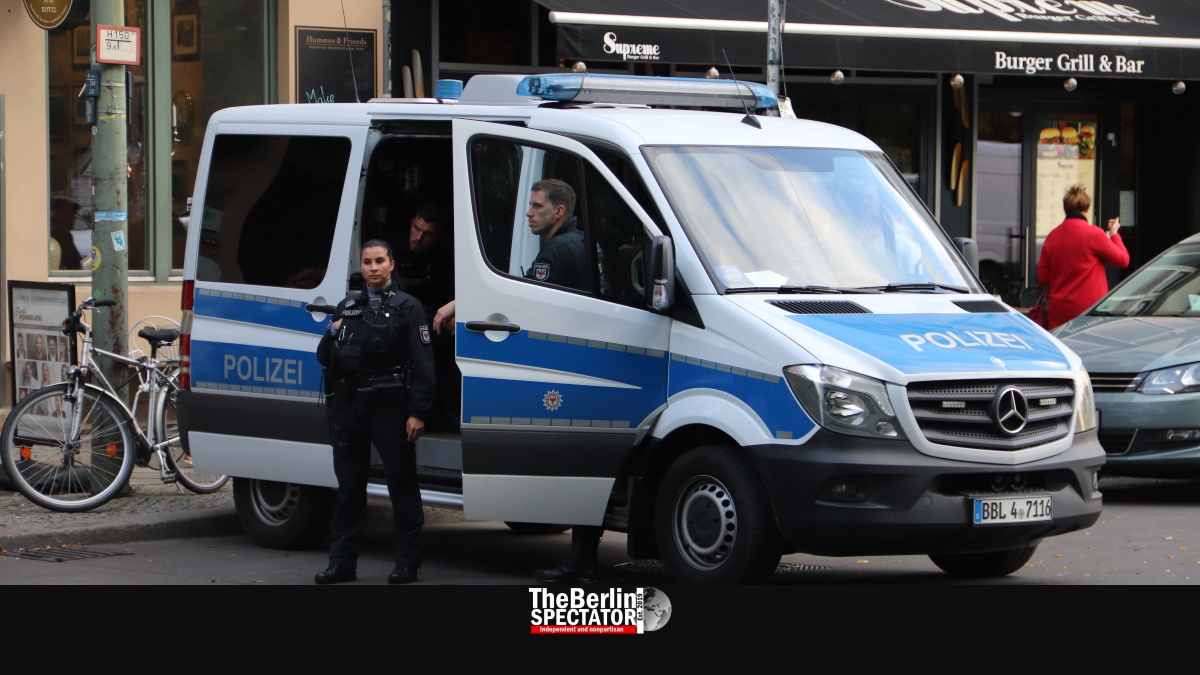 The attack in the eastern German city of Halle on Wednesday has lead to a discussion about security, antisemitism and responsibilities. Forty-eight hours after the murders, it is evident the danger was underestimated, and that indifference is wide-spread.

Jana L. was 40 years old. The lady was passing the neo-Nazi Stephen Balliet on her bicycle in Halle on Wednesday. He just shot her, out of frustration about the fact that he had not managed to open the door to the synagogue, in order to murder Jews. Shortly after, Balliet shot a 20-year-old painter who was taking a break from work at a Turkish fast food place.

Danger to the Entire Country

The attempted murder of Jews, who were observing Yom Kippur at their synagogue, and the actual murders of two people who happened to be there at the wrong time, show how sick the culprit’s ideology was, how deep his hatred and how intensive his lust to kill.

Most of Germany knows Stephen Balliet is not the only Nazi with these kinds of ideas, especially in the eastern part of Germany. The country knows antisemitism has been on the rise for a while know. But only some seem to be aware of the fact that growing antisemitism is not only a danger to Jews, but to freedom and democracy, meaning to the entire country and everyone it in.

In spite of all of the above, nothing much has happened since the murders, except for big discussions in Berlin. Mathias Döpfner, the CEO of the Axel Springer SE publishing giant, made several interesting points in an opinion piece he published in his ‘Welt’ daily.

A Chance Missed by Coincidence?

He said the Extinction Rebellion movement, which was blocking parts of Berlin on Wednesday, could have gone to one of the city’s synagogues after the Halle attack to show solidarity at a spontaneous commemoration event. He wrote he hoped the fact that it had not happened had only been a chance missed by coincidence.

Döpfner also blasted Annegret Kramp-Karrenbauer, Germany’s Minister of Defense who is also the chairlady of Chancellor Angela Merkel’s conservative party CDU. She had said the Halle attack had been an “alarm signal”. For that statement, she has been criticized from several directions.

When someone tries to murder Jews in a synagogue, fails and shoots random people instead, the “alarm signals” of the past, which should have had consequences, have not been read well enough. This is what many Germans believe. including Döpfner and politicians who disapproved of Kramp-Karrenbauer’s comment.

Steinmeier and Issacharoff in Halle

On Thursday, Germany’s President Frank-Walter Steinmeier took part in a ceremony in commemoration of the victims, which was also a statement of solidarity and against antisemitism. Israel’s Ambassador to Germany, Jeremy Issacharoff, was there with him.

Steinmeier said the entire country should stand up against right-wing extremism and antisemitism. He stressed this should not just happen after “terrible events like this one, but always.” Through his embassy, Issacharoff conveyed a similar message: “Together, we need to oppose any form of extremism and proceed against senseless terror of this kind.”

The Embassy of Israel thanked “the security forces” for their efforts in making sure all Jewish institutions were safe. “Our deepest sympathies go out to the victims and their families. They will be in our thoughts and prayers”, the embassy said.

At Oranienstrasse in Berlin, at the New Synagogue, a few tourist groups walked by in order to look at the impressive building in the rain on Thursday. It is one of the few synagogues the structure of which survived the Nazi’s November Pogroms, even though they set the Torah and other books on fire inside the building on November 9th, 1939.

Yesterday afternoon, the scene looked a little different, compared to the days before the Halle attack. About a dozen police officers, some with machine guns, were guarding the synagogue, far more than they usually send there. Three officers were checking an ‘S-Bahn’ train station and its underpasses nearby.

A few meters from the ‘Centrum Judaicum’, located right next to the synagogue, police demonstrated their presence. A police van was parked there with four officers inside. More of them were standing in front of the temple’s entrance, next to a few partially decayed flowers.

“Stay strong! United against hatred!” This is what is said on a note someone had left there, at the entrance. But that display of solidarity was surprisingly small, considering this is one of the main synagogues in a city as big as Berlin, located only 180 kilometers (112 miles) from Halle. Generally speaking, some Germans are surprised the outcry in this country, after the Halle attack, was relatively faint.

In the meantime, the Halle police department is under fire since there was no protection for the synagogue while the congregation was observing Yom Kippur. Also it took police 10 minutes to get there after the first call.

Today, the German NGO ‘Werteinitiative’ demanded several measures, including the establishment of investigation groups which monitor social media. The Halle culprit had announced his actions online and still nobody stopped him. The organization called for putting all synagogues, Jewish and Israeli facilities under guard.

It also wants the establishment of a roundtable which discussed security for the Jewish community in Germany, more police officers in Germany’s federal states and within the federal police, as well as education programs for police, prosecutors and judges about the new realities on the ground.