Germany: Next Golf to be Unveiled in Golf Country 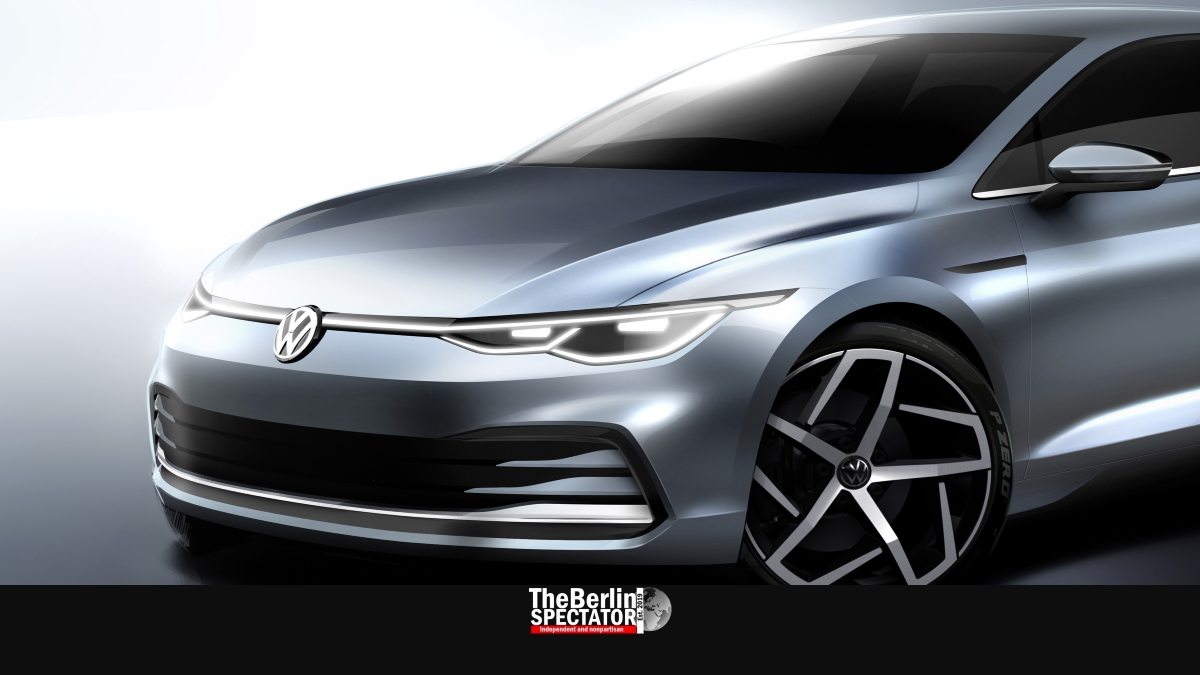 Volkswagen is about to present its new Golf. The eighth generation of this bestseller will be shown off in Wolfsburg later this month, on October 24th. One thing is certain: The new one is sleek and beautiful. At the same time, its electric sibling ‘ID.3’ is a lot cleaner.

Germans are predictable, especially when it comes to their cars. First of all, they love their vehicles and would rather get rid of their fridge, their pants and their pillow before even considering selling their boxes on four wheels.

What change is concerned, any kind of change, Germans are known to be skeptical at first. This applies even more in the age of the electric car. While the latter has already begun in Finland, Germany is struggling with it. Sure, this has to do with politics as well, meaning with the absence of convincing incentives for the purchase of electric cars.

That is why Volkswagen is following a double-track approach. At the IAA motor show in Frankfurt, the auto giant recently showed of its purely electric ‘ID.3’. Now it is the new Golf VIII which will mesmerize the country, even though it is being propelled by gasoline and Diesel engines. Those develop 90 to 150 HP. At least they added a cleaner plug-in hybrid version with 250 HP as well.

By its design, the Golf VIII might be recognizable as a Volkswagen, but it is new in its entirety and could hardly be more modern. The same applies to the dashboard. In this regard, nothing, except for the VW logo, looks like before. Most buttons have disappeared. Touch screens and virtual menus are what Volkswagen went for. The future has begun.

In this time of change, all German car manufacturers offer both the past and the future. This new Golf VIII may look like the future, but it also contains the past, what its propulsion is concerned. It is unclear whether an electric version will follow or if VW will leave that kind of thing to its ‘ID.3’. (Note: Article continues below ‘Related Articles’ teasers.)

The Golf goes back a long way. In 1973, Volkswagen had some issues to resolve. One of their problems was the fact that they needed a new bestseller to cling on to since they were drowning. The Beetle was technically obsolete. It was too loud, too small, too slow and too thirsty. It was over.

They needed two things: A large family sedan and a Beetle successor. And they needed those fast. For a while, VW messed around with an ugly sedan called K-70 and other models such as the 411L and the 412LE. None of them was very successful. They were bathtubs on wheels.

But in 1973, the first Passat was sold. This model would be a huge success story, and it still is today. In 1974, another new model followed, which looked like a smaller version of the Passat’s hatchback version. They called it Golf. At that moment, nobody had the faintest clue about the kind of success story that model would create.

After Volkswagen noticed they could sell Golfs like hot sausages, in huge numbers, they took it overseas too. In the late 1970-s, it was very fashionable to drive a VW Caribe in Mexico. It was actually the Golf con nombre latino. In the U.S. they called it VW Rabbit for a while.

Yes, the Golf has basically been Germany’s bestselling car since 1975. In 2002, it even beat the Beetle’s all-time number, with 21 and a half million items built. By 2014, VW had produced 30 million Golfs. The sky turned out to be the limit.

The seventh generation of this most popular model is being sold today. In 2018, a total of 211,512 new Golfs were registered in Germany alone. In June of 2019, the eighth generation was supposed to be introduced. But the big show needed to be postponed by four months, because of the electric revolution and other events.

So far, Germany is Golf country. The Germans just love Golfs of all kinds, no matter whether it is the regular one, the Diesel version, the GTI, GTD, the convertible or the RS with 6 cylinders and a lot of power. Anything goes. As long as it is a Golf.

Do you like this publication? If yes: Would you consider supporting us?
Up to now, we have been working without income for an entire year. Your donation would make things easier for us. Thank you.
Please visit our donation page or go to our Paypal page directly.