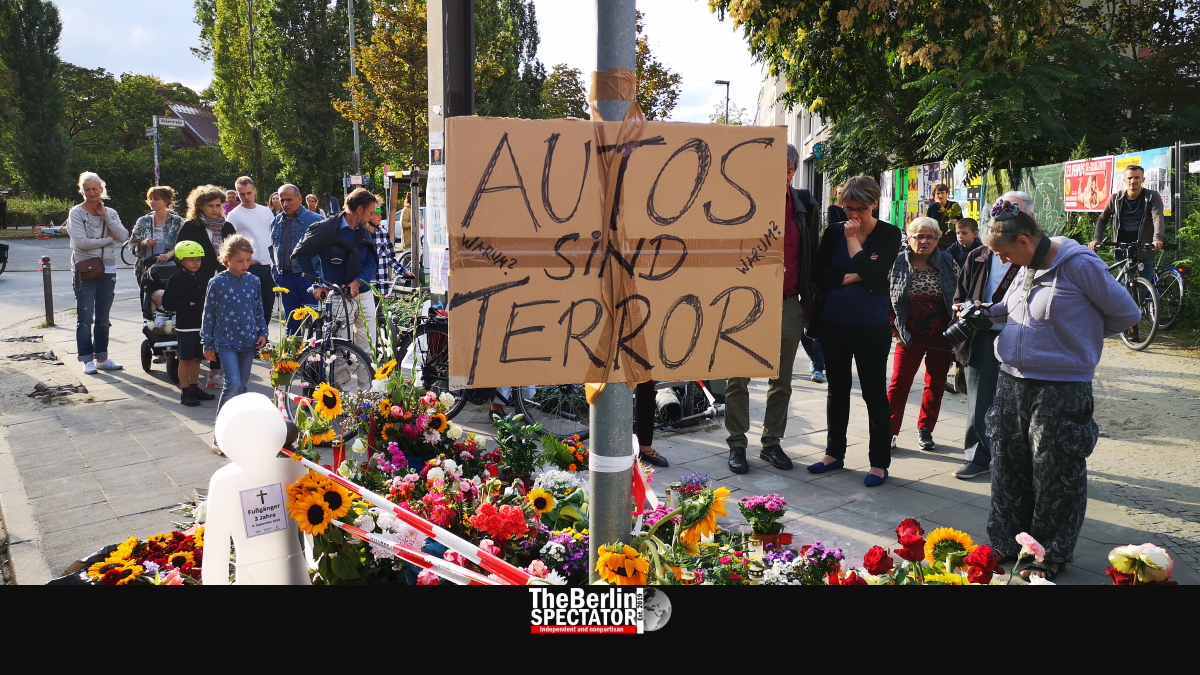 Four people were killed in a freak accident at ‘Invalidenstrasse’ in Berlin in September. Now the prosecution established what caused the terrible crash: The driver had an epileptic seizure and a cramp.

It was almost 7:00 p.m. on September 6th, 2019, when it happened. A Porsche Macan raced onto the sidewalk at the intersection of ‘Invalidenstrasse’ and ‘Ackerstrasse’ in Berlin, instantly killing four pedestrians. The vehicle brought down a lamp post and a fence.

One of the victims was a 3-year-old boy. The others were his grandmother and two men in their twenties. Five people were injured. The little boy’s mother and his bigger brother watched the accident happen. This crash shocked and saddened many Berliners. Many left flowers, teddy bears and messages for the victims at the scene of the accident.

Like in the case of an accident which killed a young lady, Fabien Martini, one and a half years earlier, many residents were angered as well. Some demanded a ban for SUVs in Berlin’s city center, other insisted on changes at the intersection. By now, the Senate has promised to impose a 30 km/h speed limit to that stretch on ‘Invalidenstrasse’ before this year ends.

On Wednesday, the prosecution in Berlin confirmed a report by the RBB radio and television network according to which a medical condition lead to the deadly accident. The man who drove the Porsche had an epileptic seizure and a cramp in his leg when he approached that intersection. Therefore he hit the accelerator and lost control of the vehicle.

A technical defect of the car which raced towards the victims at 104 km/h (65 mph) just before the accident was ruled out today. But prosecutors are not done with this case. German-language media reported they were in the process of looking for more answers to these questions:

The other accident which angered Berliners happened when an intoxicated police officer crashed a patrol car into the vehicle of a young lady at high speed. She died at the scene. In this case the trial has not even started, some 22 months later.