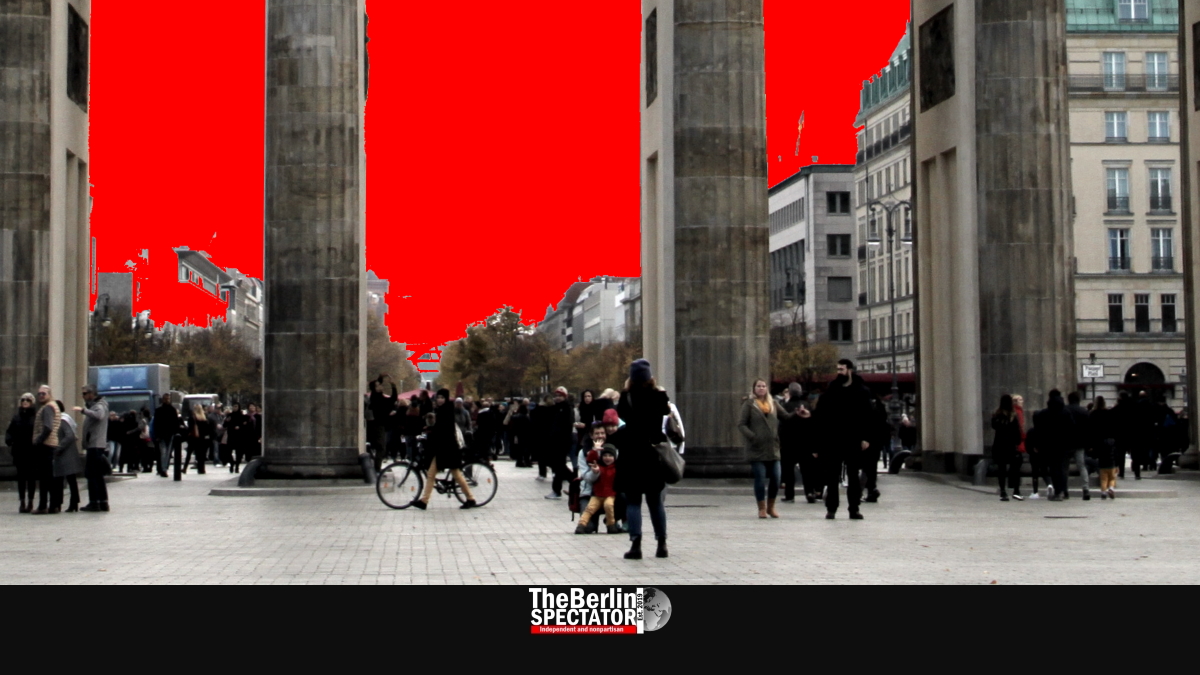 After the attack on the Synagogue of Halle, in which two passers-by were murdered, Berlin intends to step up its anti-terror protection. The plans include technical solutions for Jewish facilities and spots frequented by tourists.

In Berlin, especially tourists wonder about those big bollards in black, white and red around one of the most important sightseeing spots, namely ‘Breitscheidplatz’ square between ‘Budapesterstrasse’ and ‘Kurfürstendamm’ in the former center of West Berlin. The bollards are rather large. Each of them has its own foundation.

Those objects are not supposed to make that square, which includes what is left of Kaiser Wilhelm Memorial Church, more attractive, but safer. They were purchased for more than a million Euro and installed after the terror attack on a Christmas market there. The latter took place on December 19th, 2016. Twelve people were murdered, 56 were injured.

But Berlin does not intend to leave it at that. Since a Nazi murdered two people in Halle after failed attempts to enter the local synagogue a week ago, the German capital wants to increase its safety measures. German-language media quoted Berlin’s chief of police Barbara Slowik, who discussed details about what she envisions.

It was clear that Jewish facilities needed protection on a highly professional level, Slowik stated. She said technical solutions were necessary here, with a personnel component. Just placing police officers everywhere was not the right solution, she added.

Barbara Slowik said that since the Halle attack, Jewish facilities, including kindergartens and schools, had asked for additional protection. This was understandable and security had been stepped up. But in the midterm there were limitations to the kind of presence the police department could provide. Therefore the technical aspect was important.

Seventy-four years after Nazi Germany’s unconditional surrender, Jewish facilities are still not safe. Barbara Slowik was quoted saying “objects with a Jewish reference”, including the Memorial to the Murdered Jews of Europe and facilities belonging to the Jewish congregations, needed more safety. Before Halle, eleven facilities of this kind had been protected. Now there were sixteen of them.

In an interview with a publication belonging to the German Police Union (GdP), Berlin’s Interior Senator Andreas Geisel said the city was looking at other large cities in Europe regarding protection strategies. He announced, the safety measures for ‘Breitscheidplatz’ square would be reconstructed. Afterwards, other important spots in Berlin would be worked on.

While Senator Geisel did not go into many details, the ‘Morgenpost’ daily reported, safety measures would be added to the Humboldt Forum, ‘Alexanderplatz’, ‘Hackescher Markt’, ‘Gendarmenmarkt’ and the area around Brandenburg Gate.

In the latter case, the embassies around the Gate have a lot of security. So do the Reichstag, the Chancellery and other government facilities. But Brandenburg Gate itself, which is the most important sightseeing spot in Berlin, and probably in Germany, hardly has security. At least there do not seem to be technical anti-terror measures. But this is about to change.

Geisel stressed he did not want to plaster the entire city with bollards. At the same time the Senator did not volunteer information on how exactly Berlin intends to make those places safer. “We should not have our way of life taken away from us”, he stated. “It would be a victory for the terrorists if we symbolized our fear in pollards.”