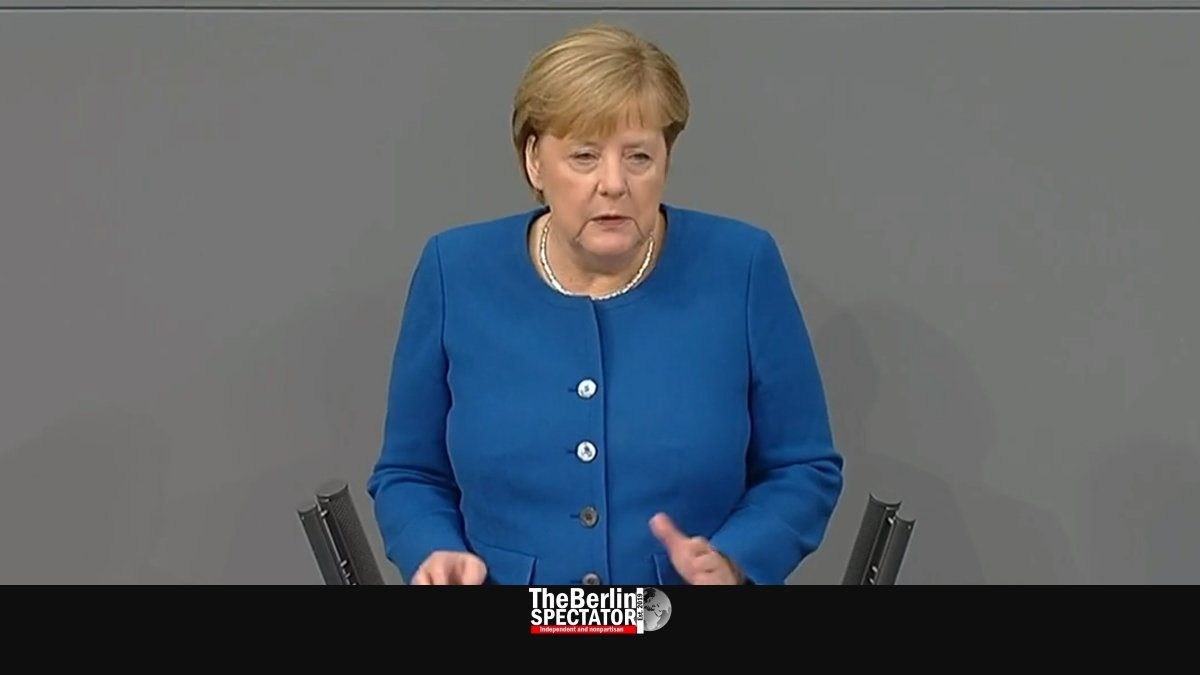 The Berlin Bundestag was in session today, for the first time since the Nazi attack in Halle a week ago. The victims were commemorated, the extremist party AfD was slammed for agitation.

“The attack has revealed the threatening scope of right-wing extremist propensity towards violence”, Wolfgang Schäuble, the President of the Bundestag, said today. Those who had gotten into the line of fire by coincidence had become victims of a terrorist act. Schäuble stated the attacker had wanted to “kill as many Jews as possible.”

For the Social Democratic Party (SPD), its floor leader Rolf Mützenich verbally attacked the party AfD. He said the culprit in Halle may have acted alone, “but he is being supported by a system of agitation, chauvinism and right-wing extremism. And the AfD is part of that system.”

For the Greens, floor leader Anton Hofreiter stated by not distancing itself from antisemitic tweets from within the party, the AfD had shown its true face. The radical right-wing party was not democratic.

Earlier, the AfD’s MP Stephan Brandner had retweeted a statement saying the victims of Halle had been “a German woman who liked German ‘Volksmusik’ and a ‘bio-German’. So why do politicians hang out in mosques and synagogues with candles?”. Brandner heads an important Bundestag committee, which had criticized him harshly as well.

For the liberal FDP, its chairman Christian Lindner said if part of society could not feel safe anymore today, nobody would feel safe tomorrow. He attacked the AfD’s chairman Alexander Gauland, who had missed an opportunity to comment on the gaffes in Twitter. “Whoever keeps quiet, agrees”.

The CDU’s floor leader Ralf Brinkhaus said the brutalization would start on the Internet and end at the Bundestag. “Or is it the other way around?” With that rhetorical question, he wanted to say the AfD was co-responsible. And for ‘The Left’, Dietmar Bartsch demanded that announced cutbacks for NGO-run projects against right-wing extremism should be retracted.

Germany’s Minister of Interior, Horst Seehofer, announced a program against antisemitism. It includes improved protection for Jewish facilities, including technical measures, and hiring more people for the Federal Criminal Police Office and the Federal Office for the Protection of the Constitution.

In addition Seehofer told the Bundestag he wanted to tighten Germany’s gun laws and work on prevention more. Tomorrow, he will discuss his plans with the Interior Ministers of Germany’s sixteen federal states,

A general speed limit on the German Autobahn was among several subjects the Bundestag discussed as well. The Greens handed in a motion which said the federal government should introduce a limit of 130 km/h (81 mph) starting on January 1st, 2020. It was rejected. Only 126 out of 631 MPs voted for the limit, seven abstained and the others voted against.

In her official government statement, Chancellor Angewla Merkel had talked about Brexit, just before the latest agreement was announced. She said the negotiations were making progress, but had not reached their goal. She also criticized the Turkish leadership for its offensive in northern Syria. At the same time she defended the so-called EU-Turkey Agreement on refugees.