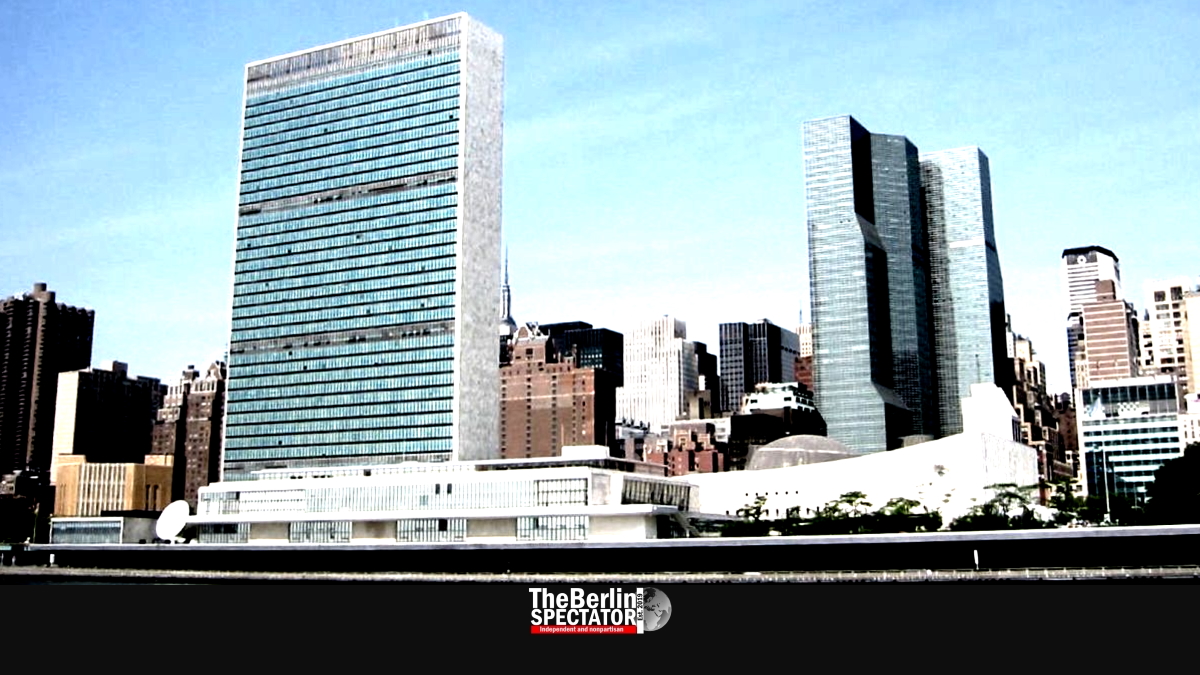 Foreign Minister Heiko Maas has said Germany’s election into the Human Rights Council of the United Nations was a “mark of confidence”. No, it isn’t. Here is why.

This is an opinion piece by Imanuel Marcus of The Berlin Spectator.

The Foreign Minister of the Federal Republic of Germany, Heiko Maas, is proud because his country was just voted into what the United Nations call their Human Rights Council (UNHRC). The way Maas interprets things, the vote was not only a “mark of confidence”, but also a sign of “appreciation for the persistent, global Human Rights policy.”

Maas said that 70 years after the Universal Declaration of Human Rights, the prospect of dignity and personal freedom was an unfulfilled promise to many. This is where he is right. “Especially in times in which other states withdraw, Germany campaigns for the worldwide protection and the promotion of the Human Rights”, he added.

On top of it all, Maas vowed to openly address Human Rights violations in both the UNHRC and the U.N. Security Council which Germany will become a member of in 2020. But that would mean Berlin will have to throw its old U.N. strategy overboard.

First of all: The way things look today, the UNHRC should be renamed. ‘Human Rights Abusers Against Human Rights’ would be accurate. This U.N. body does not advance Human Rights, but it mainly blames one single country for all the evil in the world. Coincidentally, that country is Israel, the only predominantly Jewish state.

In its last session, the UNHRC mandated a total of 12 Human Rights reports, seven of them on Israel, two on North Korea, two on Iran and one on Syria. There were none on the Palestinian areas which are being ruled by terrorists and their supporters, none on Human Rights abusers like China, Russia, Pakistan, Qatar, Somalia, Turkey or Venezuela.

Just 48 hours ago, Venezuela’s regime, headed by Nicolás Maduro, was elected into the Human Rights Council, after destroying its country, starving its people und crushing its dissidents, as the NGO U.N. Watch accurately pointed out. “Make no mistake: Electing the regime of Nicolás Maduro to a Human Rights council is like making a pyromaniac the town’s fire chief.” This is how U.N. Watch’s chairman Hillel Neuer evaluated this situation.

The same organization pointed out that “Mauritania, which has 500,000 slaves, won with 89 percent of votes”, that Libya, which was torturing African migrants, was elected into the UNHRC with 87 percent, and that Sudan, which had female genital mutilation, got 91 percent.

Several Problems and One Opportunity

There should be limits to what is going on at the U.N., meaning even the Trump Administration can be right here and there. Leaving the UNHRC, along with a big chunk of its funding, certainly was the way to go. It was the only credible consequence of the U.N.’s failure to change things. Besides, it’s not like the United States never warned this U.N. body before pulling out of there.

U.N. Watch quoted Irwin Cotler earlier this month, who heads the Raoul Wallenberg Center for Human Rights and is a former Canadian Minister of Justice. He said when the U.N. itself ended up electing human rights violators to the UNHRC, “it indulges the very culture of impunity it is supposed to combat. The world’s democracies must join in the preservation and protection of the Council’s mandate, and not end up accomplices to its breach.” A good point. The fact that this aspect even has to be explained is a scandal in itself.

Now, what Germany is concerned, there are problems. At the same time there is an opportunity here. So far, Germany took part in one of the U.N.’s favorite activities, which is bashing Israel, by voting against the country in most cases, in UNGA (General Assembly) resolutions sponsored by Arab regimes. Berlin’s representatives did so even though supporting Israel is ‘raison d’etat’ to Germany, officially.

In order to improve its credibility, Germany will have to dump that kind of approach, which also has to do with its stance on Iran and the Palestinian leadership. Once Germany stops funding terrorism and helping the Teheran regime, it could start putting the UNHRC under pressure, by demanding the exclusion of regimes known for Human Rights abuses.

The Berlin government would have to be prepared to take the American approach if it comes to the conclusion that it cannot change things otherwise. But what Foreign Minister Maas has already said, at least between the lines, pretty much rules out this option.

All in all, this is Germany’s opportunity to try to clean up the UNHRC, or at least to present the Council’s scandalous contradictions in front of the world. It is an opportunity to take a 180 degree-turn regarding its own contradictions. But, considering Maas’ announcements, we have to assume he may have given us more hollow words.

By the way: If Germany’s election into the UNHRC is a “mark of confidence”, what is Venezuela’s election?

Related article: Germany: How Officials are Stalling the Fight Against Antisemitism