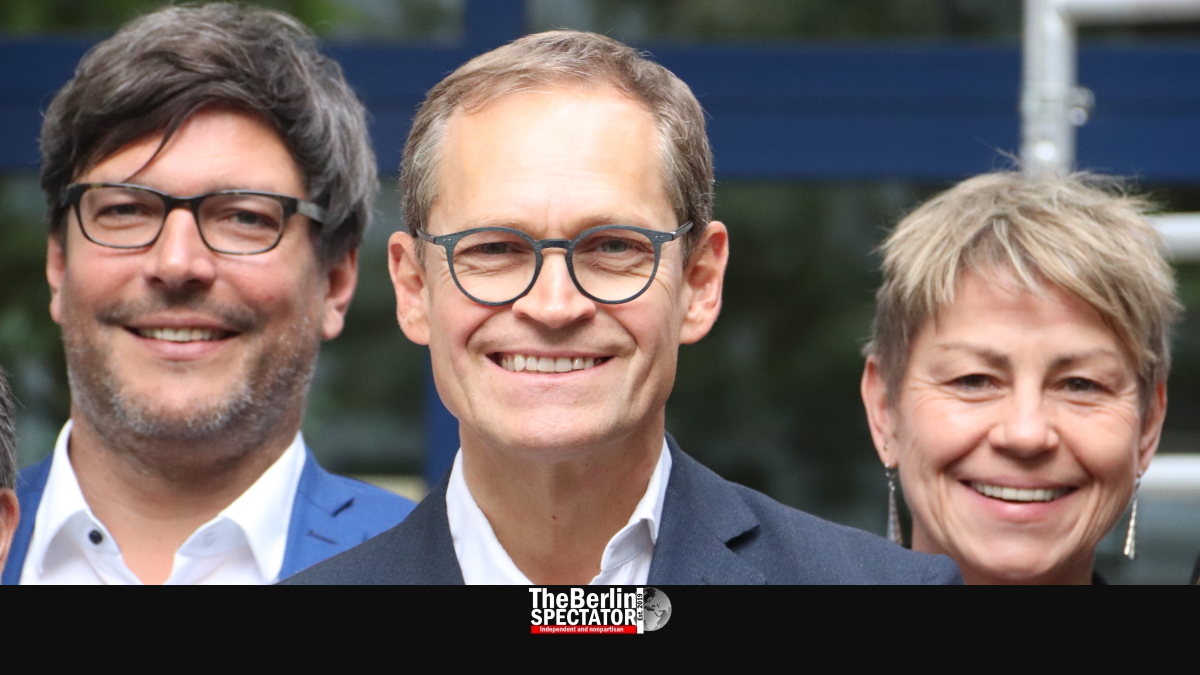 The Berlin Senate approved the so-called ‘rent cap’ on Tuesday. It is supposed to freeze the rents in the city state. But first, the Berlin House of Representatives will have its say.

The Senate met in Berlin’s Friedrichshain-Kreuzberg district today. At the local administration building, they discussed the ‘rent cap’ again for almost an hour. In the early afternoon, Governing Mayor Michael Müller, a Social Democrat (SPD), and City Development Senator Katrin Lompscher from ‘The Left’ announced the agreement at a press conference.

An official from Red City Hall told The Berlin Spectator, the ‘rent cap’ will likely come into effect in January of 2020. “Others just talk”, Mayor Müller himself said. “We analyzed the situation and we are saying there is an instrument which we are implementing.” The measure is supposed to freeze most rents in Berlin for five years.

Senator Lompscher stated she expected that rents for around 300,000 apartments would be above the new limits and that about half the tenants affected would apply for having theirs decreased. According to her, Berlin’s districts will be in charge of the monitoring. Up to 250 people in total would have to be employed in the districts and the Senate administration in connection with the new measure.

The ‘rent cap’ will apply to approximately 1.5 million rental apartments in Berlin. About 400,000 will not be covered because of exceptions. The latter include places belonging to housing projects, newly built apartments and apartments in residential homes.

‘Cap’ Applies to New Leases Too

Once the ‘rent cap’ is officially in place, the maximum rents will be based on the rent index of 2013, but incorporate the average salary increases since then. Once confirmed, the ‘cap’ will be valid retroactively from June 18th, 2019. This even applies when new tenants take over apartments and sign new leases.

But it does let landlords raise rents by up to 1.3 percent per year under certain conditions, starting in 2022. Müller’s coalition called this aspect an inflationary adjustment. Landlords who charged extremely low rents in the past may increase them by up to one Euro per square meter. The maximum rent they can ask for is 5 Euro per square meter. Modernization costs can lead to increasing rents too, but there are limits.

Once the ‘rent cap’ is officially in place, tenants can apply for a forced decrease of their rents if it exceeds 5 to 9,80 Euro per square meter, depending on the kind of apartment they are renting. For instance, the rent for apartments in old buildings can usually not exceed 6.45 Euro per square meter. So-called profiteering rents will be decreased against the will of the landlord.

Landlords who violate the ‘rent cap’ might have to pay hefty fines of up to half a million Euro in serious cases.

Representatives of the real estate business and the conservative opposition in the city state of Berlin oppose the ‘rent cap’. They say it would block housing investments which were badly needed. The CDU in the Berlin Bundestag intends to take the issue to the Federal Constitutional Court, saying the city state of Berlin did not have the right to put measures of this kind in place.

Berlin is in an affordable housing crisis. Finding rooms or small apartments is almost impossible. Tens of thousands of Berliners are desperately searching apartments to rent. There are up to 800 applications for any vacant place landlords or large real estate companies intend to rent out.